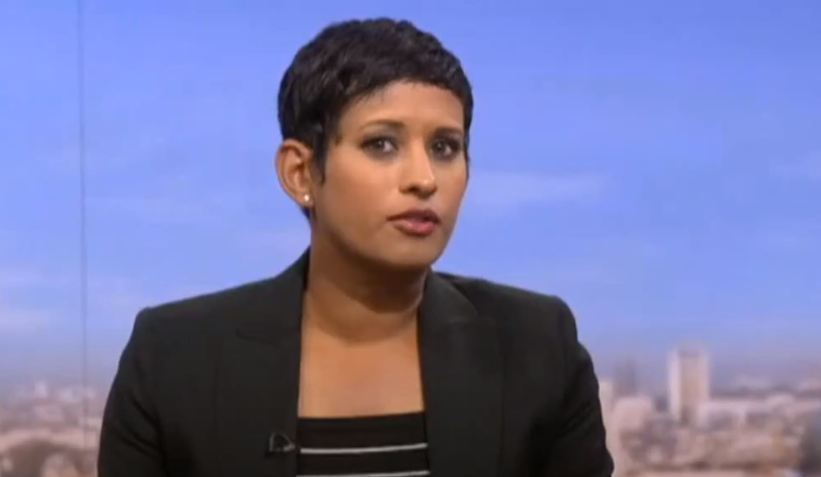 Naga Munchetty is a British television presenter, journalist, and News reporter. Many people know her as the presenter of the BBC Breakfast. She had a stint role in the BBC World News since August 2010 as well as in the BBC News channel. She had hosted the weekday financial affairs show Working Lunch on BBC Two.

Besides that, she appeared as a contestant on the fourteenth series of Strictly Come Dancing and was paired with Pasha Kovalev. But she exist from the show in week four in 2016. Furthermore, she had been in the headlines in September 2019 to have breached the BBC’s guidelines by criticizing US President Donald Trump for perceived racism. Let us scroll over to know more information on the media personality. 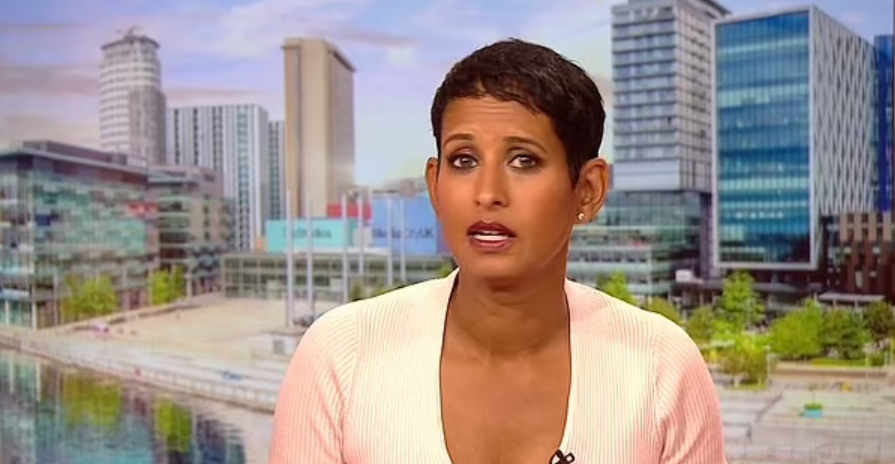 The television personality was born on 25 February 1975 as Subha Nagalakshmi Munchetty-Chendriah. She was born as the daughter of her Indian mother and Mauritius father. Her parents moved to Wales in the early 1970s where her mother practiced his dentistry while her father trained as a nurse. She grew up with her younger sister named Mimi. She holds British nationality and belongs to the Indian ethnicity.

Regarding her education, she attended Graveney School in Tooting. After that, she joined the University of Leeds where she gained a degree in English Literature and Language in 1997. Following her graduation, she landed a job as a journalist on the City Pages of the London Evening Standard as well as the business section of The Observer.

She then worked as a reporter for Reuters Financial Television and served as a senior producer for CNBC Europe. She worked as a business producer and reporter for Channel 4 News and a presenter on Bloomberg Television. From 2008 to 2010, she worked on the tv program Working Lunch on BBC Two covering news on business, personal finance, and consumer news.

She hosted Radio 4’s Money Box and reported from the City for BBC News. However, she has been a regular presenter for early morning bulletins on the BBC News Channel and BBC World News since August 2010. Also, she is a regular anchor on BBC One’s Breakfast. She replaced Emma Barnett in the Radio 5 program from 10 am to 1 pm in January 2021.

Previously, in 2010, she co-hosted The Spending Review- The South Today Debate on BBC One with Sally Taylor. She had participated in a British television quiz show Celebrity Mastermind in January 2013 which she had won. In 2016, she became a presenter for Sunday Morning Live on BBC One as well as hosted an episode of Newsnight on BBC Two.

Besides her career as a tv presenter, she is a committee member of Moor Park Golf Club. There she presents the annual Charity Golf Day in June. In addition, she herself plays golf and won the Hertfordshire de Paula Cup in October 2012 at Bishop’s Stortford Golf Club. Also, she is a trustee of local theatre Watersmeet and a governor at St Joan of Arc School.

Who is Munchetty Married to? Has Naga Divorced Her Husband?

Talking about her married life, she is a happily married woman, and still, her marriage life is going on smoothly. Further, she married ITV broadcast consultant James Haggar in 2004. Their wedding was held in Uckfield, Sussex attended by their close friends and family members.

Additionally, her husband is an English actor and director who is known for his works in the films like The Count of Monte Cristo, The Football Factory, and It’s All Gone Pete Tong. The duo first met at a government case in 2005 and shortly started to date after a few meetings. It seems that they have not produced any children from their marriage as of now. Moreover, she pets three cats and lives in Rickmansworth, Hertfordshire. 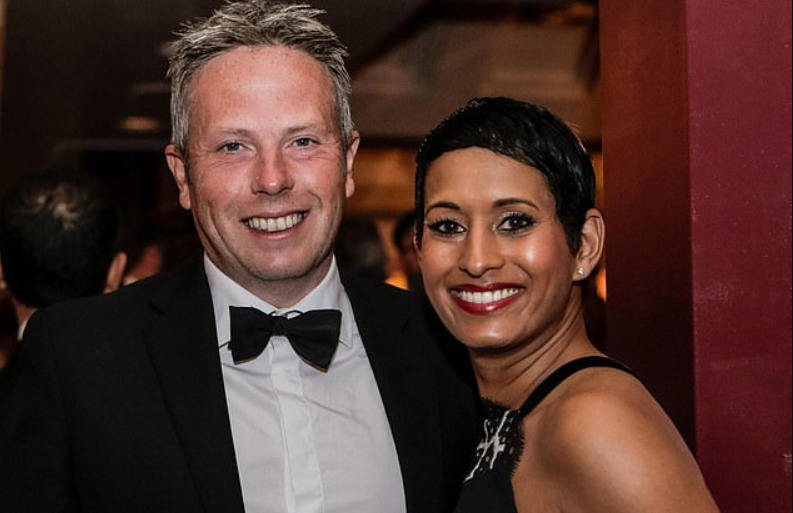 She has been amassing a good income from her career as a television presenter. She is a regular host for the BBC Breakfast as well as co-host of BBC Radio 5 Live Breakfast. According to sources, the Uk’s tv presenters have the highest salary at £49,490 per year to the lowest salary of £20,883 per year.

The television reporter has a slim and well-maintained body that measures 33 inches chest size and 25 inches waist size. Her body stands to a height of 5 feet 3 inches or 1.60 meters and weighs around 57 kg. She has hazel color eyes and black hair color.