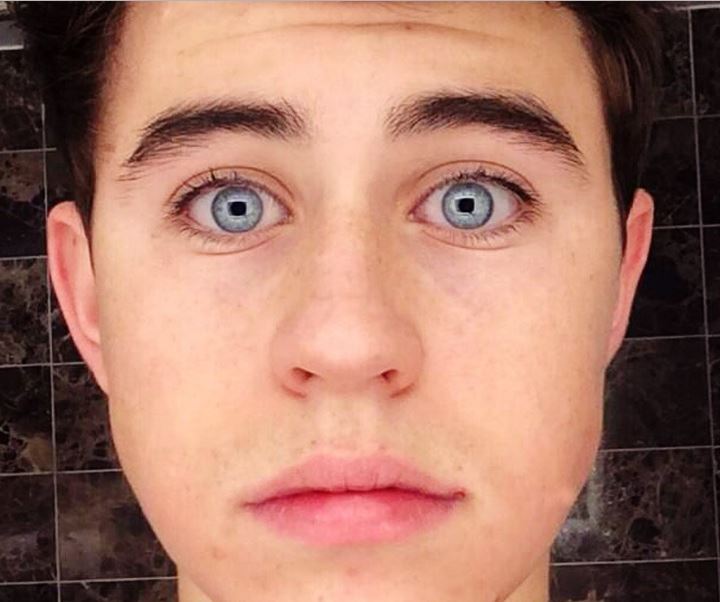 Nash Grier is an American internet personality who is mostly known for his vine videos and an Instagram presence. Grier is also a youtube personality with millions of subscribers on his Youtube channel. Similarly, he has also been featured in several videos and small movies as well.

Grier was also famously listed on the list of the richest internet celebrities list. Grier originally began posting videos on vine simply for his friends. Later his vines started garnering a large amount of view. You might also be interested to know about Tonio Skits.

Nash Grier was born on December 28, 1997, in Greensboro, North Carolina, the United States which makes his nationality an American. He was born to his parents, Elizabeth Floyd and Chad Grier along with three other siblings. Nash attended the  Davidson Day School where as a freshman he started to post videos on his Vine channel. This is how exactly his internet career began after which he continued to it.

Later Nash joined the touring group Magcon which is actually a convention where fans could meet and interact with Internet personalities. Through this, Nash met some other Viners like Jack Gilinsky, Jack Johnson, Aaron Carpenter, Taylor Caniff, Shawn Mendes and more. But he quickly quit Magcon to pursue other dreams. In the year 2014, he moved to Los Angeles with Cameron Dallas and bought his first apartment there. Though he got evicted from the apartment, he bought a new house in Beverly Hills where he currently lives. His relationship with Cameron is said to be not very well at the present, find out more.

Nash also got into some controversy after posting a controversial vine on his account for which he faced scrutiny. He had to write a personal apology in his Twitter account for this case. Grier along with some of his team members created social media apps and games which includes Cash Dash, Mobli, and Challenged. In addition, he also has his own clothing line merchandise named Aéropostale. The self-taught video maker and editor, Grier had around 12.7 million Vine followers while  4.78 million subscribers on his YouTube channel.

Apparently, Nash took it to his Instagram account and much to his fans; surprise, he accepted of the relationship by posting a photograph with his girlfriend with a caption that read,

“This is my best friend. We’ve been together for over a year now. She’s one of the most amazing people I’ve ever met.”

Happy Birthday T! I LOVE YOU

Nash Grier might only be 20 years of age but this young man has made it big on the internet. He is one of the richest, good earning young internet personalities today. Grier’s team also confirmed that Nash receives something between  $25,000–$100,000 for brand advertisement. His net worth estimation from the latest reports is around $3 million which is surely a good deal.

Nash is an internet personality which means that he is active on social media sites like Instagram and Twitter. On the Instagram profile, he has 9.9m followers at the moment. He is often promoting brands on his social media as well.