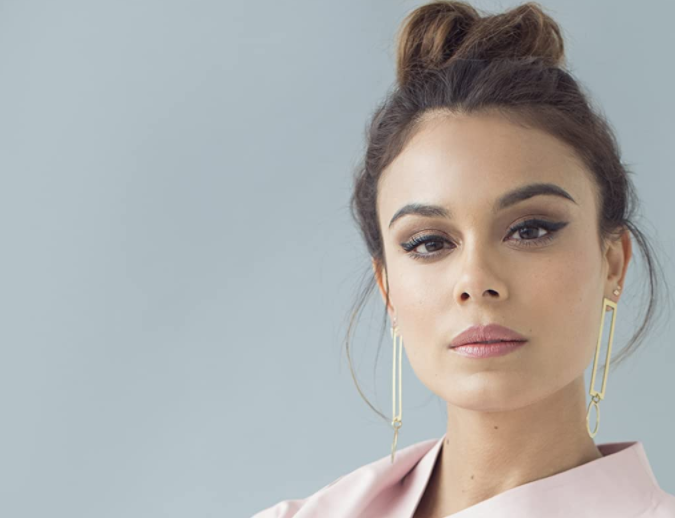 Nathalie Kelley is an Australian actress having Peruvian-Argentine decent. The actress came to prominence from her debuted movie ‘The Fast and the Furious: Tokyo Drift’. Many people recognize her for working in television roles in the series like ‘Body of Proof’, ‘Unreal’, and ‘Dynasty’. Additionally, she also appeared in the recurring role of Sybil in the series ‘The Vampire Diaries’ where actors like  Allison Scagliotti, Dawn Olivieri, and Erik Stocklin has made an appearance.

Further, she has appeared in the music video of Bruno Mars ‘Just the Way You Are’ as his love interest in 2010. Further, her other music videos appearance includes Baby Rasta & Gringo’s ‘Luna Llena’ in 2012 and Rhye’s ‘Song For You’ in 2018. Wanna know more information on her personal details like career, net worth, and body measurements. 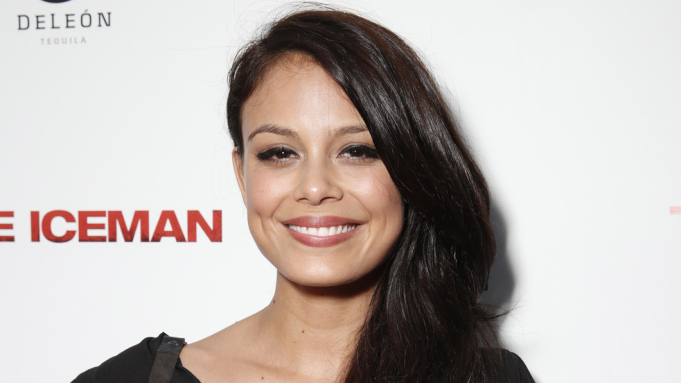 Kelley was born as 10 March 1985 in Lima, Peru, to a Peruvian mother and an Argentine father. Therefore, she has a mixed ethnicity of Peruvian and Argentine. When she was just 2 years old, her parents moved from Peru to Sydney and holds the nationality of Australia.

Regarding her education, she attended North Sydney Girls High School. Furthermore, from a young age, she has developed an interest in modeling, beauty pageant, and acting, so on. She took first towards her dream and started to learn Salsa during her teen days. Later, she participated in the beauty pageant and win the title Miss Latin American beauty contest at the age of 18.

She has also spent one year in Brazil where she had modeled for the agency L’Equipe. Alongside the modeling, she has also a volunteer working with the street children there. Then she returned back to Australia and enrolled herself at the University of New South Wales. She obtained a degree in Political Science and International Relations with major in Third World Development. In addition, she had also joined summer classes at The National Institute of Dramatic Art.

Before having her breakout role in the 2006 ‘The Fast and The Furious: Tokyo Drift’ as Neela, she had appeared as Nikki in 2005 ‘Mermaid’. The performance of hers in the movie had opened many opportunities to work in several dramas and films. Her film work includes 2008 ‘Loaded’, 2011 ‘Urban Explorer’, 2012 ‘The Man Who Shook the Hand of Vicente Fernandez’, and 2015 ‘Furious 7’.

She got her first main role as Grace in the television first season of the series ‘Unreal’ in 2015. Then she had a recurring role as Sybil in the supernatural teen drama ‘The Vampire Diaries in eleven episodes of the show. Following that she joined the main cast of ‘Dynasty’ from 2017-2018. In 2020, she starred as Noa Hamilton in romantic comedy TV series ‘The Baker and the Beauty’ along with Victor Rasuk and Dan Bucastinsky.

How can one cast have so much heart, humor and not to mention rhythm? Please meet the wonderful humans who make @bakerandthebeauty the heartfelt and hilarious show that it is. I’m truly honored to work alongside all of you, I have never laughed harder, nor have I have ever danced more than with this beautiful cast. When I was a little girl growing up in Australia and the only Latina in my school – I used to dream of belonging to a big Latin family. Who danced, argued and existed with the same amount of passion as me – well my dream has come true. Thank you for believing in our show @abcnetwork 🥰 the link to the trailer is in my bio. Let me know what you think in the comments!

The actress is currently happily married to her husband Jordan Burrows. They first met through mutual friends at the end of the year 2017. It seems that the couple has fallen for each other at first sight. Therefore, by the mid of 2018, they got engaged and in the same year on 29th April, they got hitched. Their wedding held at the Island’s floating beach club attended by their family and friends of the series Dynasty as well.

Looking briefly at the actress’s husband, Burrows is also from Sydney, Australia. Her husband has served as Ryan’s Hotels general manager after graduation in 2004 and worked for nine years. Then he left in 2013 to work at The Bucket List Bondi as their Licensee-general manger. After that, in 2017, in the same position, he went to work at Bondi Beach Public Bar and resigned in 2018. As of now, there is no information on his work.

Before getting married, she has dated several men including her co-star, Zach Roerig of ‘The Vampires Diaries’. The couple met at the set of the series in 2016 and started dating in the same year. But their relationship didn’t go well and ended in 2017. Previously, she also hooked up with a guy named Jonathan Hartlem-Matthews from 2004-2005. From 2007-2013, she was in a relationship with musician and movie producer Dallas Austin. 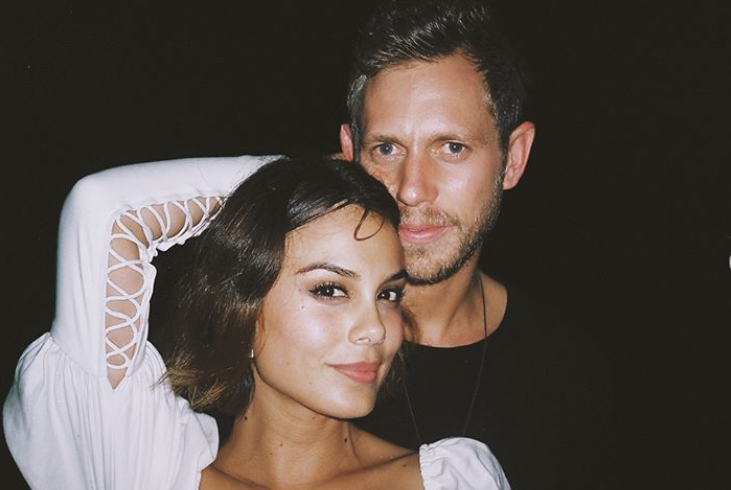 Since her debut with the movie The Fast and Furious: Tokyo Drift as Neela, she has been showing her performances mostly in lead roles. She has not only accumulated huge fame but also making a hefty amount from her career. Though there aren’t many details available on her salary or income, her net worth reported to have an estimation of around $1 million.

The beautiful actress has a slim and attractive body that stands to a height of 5 feet 6 inches or 1.68 meters. Her body has body measurements of 34-28-34 inches and weighs around 55 kg. She has brown eyes color as well as hair color.