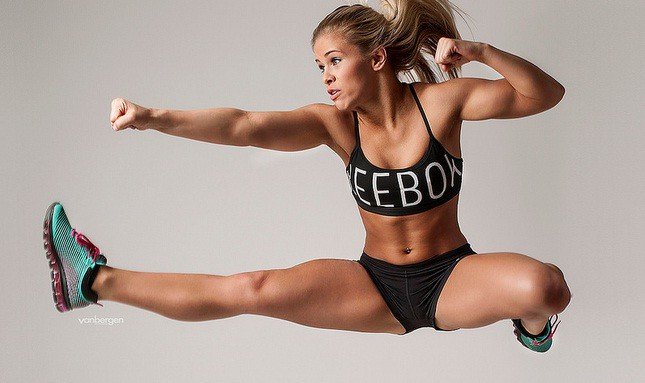 Paige Vanzant is a famous Mixed Martial Arts (MMA) fighter like Joanna Jedrzejczky who is currently a flyweight division fighter in the Ultimate Fighting Championship (UFC). Paige has been fighting from a very early age and won her first amateur fight when she was only 18. Next year, she was signed by the UFC where she fought for the strawweight division. She fought in the same division for 4 years before being promoted to fight in the flyweight division.

Paige has a personality of a tomboy and has a fighting spirit who overcame bullies when she was young. It was due to those bullies that she got introduced to the world of martial arts. To be a strong and a confident woman she went on to train in MMA and earned a blue belt in Brazilian jiu-jitsu. Now, she is at the top of her gain and keeps constant pressure on her opponents. Vanzant, in recent years, has got into modeling too and has been seen for brands like Nike, Columbia Sportswear, and Reebok. Let us now get to know more about this inspirational figure.

Happy Father’s Day to this amazing man. I am more like him than I care to admit. He gave me my fire, my drive and my resilience. I love him with everything 🙂

Paige Michelle Vanzant was born on the 26th of March in 1995. She was born in Dundee and raised in Dayton, Oregon. From a relatively young age, Vanzant at her parent’s dance studio started dancing and learned ballet and hip-hop dancing. She with 2 younger siblings would play boxing and would even beat up other boys in the neighborhood. Vanzant also had interests in dirt biking.

She was a tomboy in her early years and was more interested in outdoor activities than most of the kids her age. She used to go fishing and hunting with her father rather than spend time on social media. At only 5 feet, she was a little child and became a target for bullies in her school. Paige had to relocate to Sparks, Nevada after her freshman because of that very reason. She then joined TMCC High School and later graduated in the year 2012.

At the age of 18, Vanzant was able to secure her first amateur victory. 4 years later, she made her professional debut in the world of MMA and won against Jordan Nicole Gaza. After three months, for her second fight, she again managed to clinch a victory against Jordan Nicole Gaza. Paige lost her first match in the January of 2013 when she faced Tecia Torres at the Invicta FC. However, the talented individual bounced back from her defeat after winning against Courtney Himes.

I have not lost my fire. I have not lost my drive. It burns brighter and stronger than ever before. I have been dealing with a broken arm and multiple surgeries for eight months now. I don’t post a lot about it and share it because it’s not a happy part of my life. It sucks. I go to the gym every day and have to sit on the side of the mat and watch. I leave every practice in tears because of anger and jealousy. The lord is teaching me patience now more then ever. I am going to fight again. I am going to win again. PVZ will return. Dont mistake my silence for weakness, no one plans a murder out loud.

In 2013, Vanzant was signed to the UFC’s Strawweight division. She marked her debut with a victory against Kailin Curran. It went to be an amazing match full of thrills and even the UFC dubbed it as the ‘Fight of the Night’. As of 2018, Vanzant’s records 7 wins to her name with only 3 losses.

Vanzant has been a multi-talented person who is equally a famous dancer and a model. She auditioned for the 22nd season of ‘Dancing with the Stars’ and finished in 2nd place. Her modeling career has also seen great hights and she has worked with companies like Nike and Reebok.

Not a lot is known about Paige’s personal life. Strangely enough, for her position, she does not like the limelight and wants to focus more on her career. There also is not a lot of information available about her love life but looking she is believed to be in a relationship.

5 years ago, Paige moved to Sacramento to train with Team Alpha Male. It has been one of the top gyms in the West Coast. However, as of 2018, she has not able to give them her full time but officially, Paige is still with the team. Currently, she lives in her native Oregon, having purchased a home there.

Here is a list of awards and achievements she has received during her illustrious career:

As of 2018, Vangant has a net worth of $600 thousand. At 24, she still has a whole career left in front of her and is sure to earn much more. She earns from several endorsement deals like with Reebok since February of 2015. For her age, Paige is the highest paid UFC fighter. She is also active on Instagram and has over 1.5 million followers to her name.