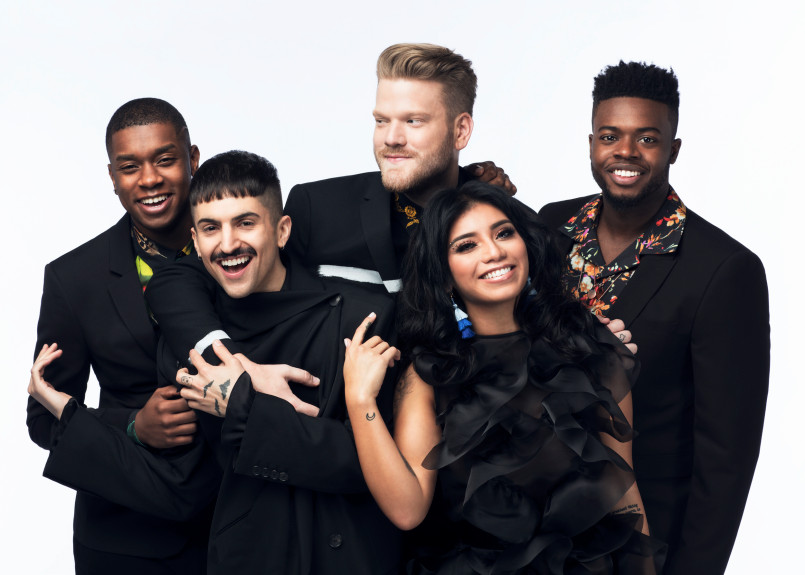 Pentatonix, in abbreviated PTX, is an American a cappella group from Arlington, Texas. The group consists of vocalists Scott Hoying, Mitch Grassi, Kirstin Maldonado, Kevin Olusola, and Matt Sallee. The group is characterized by their pop-style arrangements with vocal harmonies, basslines, riffing, percussion, and beatboxing. They had cover versions from modern pop works to Christmas songs, along with original material sometimes in the form of medleys.

The a capella group ‘Pentatonix’ was formed in 2011 after which they won the third season of NBC’s The Sing-Off, receiving $200,000 and a recording contract with Sony Music. Later the group also created their YouTube channel which has acquired over 17 million subscribers and 4 billion views, as of now.

The group Pentatonix has won three Grammy Awards which ultimately became first a cappella act to win Best Arrangement, Instrumental or A Cappella in 2015 and 2016, and Best Country Duo/Group Performance in 2017. They had also gained eleven nominations and other four wins including Streamy Awards and YouTube Music Awards. 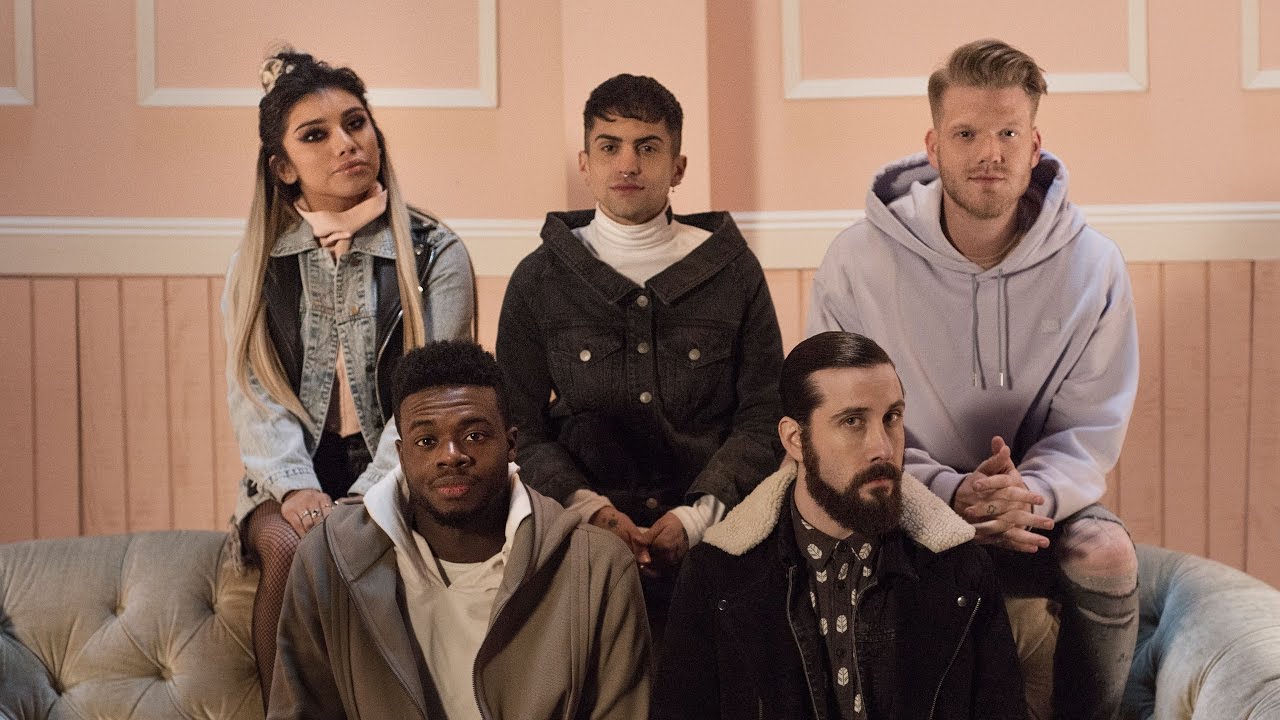 The a capella group from Arlington, Texas currently consist of five members. They are:

Kirstin Maldonado: Born on 16 May 1992, in Forth Worth, Texas, the USA, since the formation of the group, she has been vocalist and songwriter. She debuted her solo career in 2017 with the song ‘Break a Little’ and single ‘L O V E’. Maldonado also debuted her career in Broadway in 2008 in ‘Kinky Boots’ as a Lauren. She became engaged to Jeremy Michael Lewis in 2016. But they postponed their wedding stating to work on certain issues.

Mitch Grassi: Born on 24 July 1992, in Arlington, Texas, the USA, is an American countertenor/tenor singer and musician. He came to fame after being the part of the a capella group. Besides singing, he also became popular for fashion-forward and adventurous. Additionally, he also stated that he is inspired by the late 80s and 90s fashion designer, Demna Gvasalia. Moreover, he also confronted openly for being gay.

Kevin Olusola: Born on 5 October 1988, in Owensboro, Kentucky, the USA, is an American musician, beatboxer, cellist, rapper, and songwriter. He is also identified as developing the art of ‘celloboxing’, playing cello and beatboxing. In 2011, his viral video of celloboxing version of Mark Summer’s’Juli-O’ led him to join the group. In addition, he has married to college admissions consultant Leigh Weissman in 2019 at Simi Valley.

Matt Sallee: Born on 11 February 1994, in San Antonio, Texas, the USA to music pastor E. Sallee and to his wife Tammy. He is an American pop singer and musician and joined group replacing Avi Kaplan. He had also worked with several artists including Jessie J and Miss Jill Scott.

Scott Hoying: Born on 17 September 1991, in Arlington, Texas, the USA, is a baritone lead and backing vocals. Before winning The Sing-Off with Pentatonix, he was a finalist on CBS’s Star Search. In addition, he has also created YouTube popular channel ‘SuperFruit‘ along with his best friend and co-band member, Mitch Grassi.

We are SO excited for the European leg of our world tour to begin in just TWO WEEKS! 😍😍 Head over to ptxofficial.com/tour right now to pick up your last minute tickets and VIP packages in the cities that are still available! #PTXTheWorldTour

In 2012, they signed wit Sony Pictures-owned label Madison Gate Records, with whom they recorded their first album. Their albums include:

They also have covered several singles including “Somebody That I Used to Know” by Gotye featuring Kimbra, “Gangnam Style” by PSY and “We Are Young” by Fun, that went viral on YouTube. Further, their mashup ‘The Evolution of Beyonce’ became one of the most successful covers of the group.

PTX embarked their first national tour in autumn of 2012 followed by its second national tour in January 2013. In 2014, they undertook an extensive tour including the US, Canada, Europe, and Southeast Asia. Other Tours include:

The a capella group has made a huge amount since their formation in 2011. Therefore, the group currently accumulates the net worth of having an estimation of $40 million. Also, their wealth began to rise after winning $200 thousand in the third season of NBC’s ‘The Sing-Off’. Additionally, they made a profitable amount from selling and charting albums as well as from their YouTube Channel.