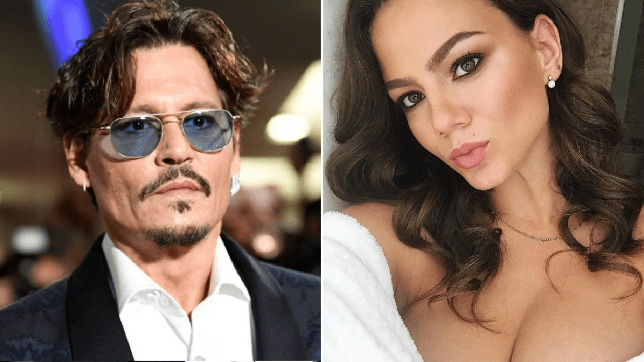 Polina Glen is a Russian dancer, choreographer, and social media personality. The choreographer took the first step towards her career as a beauty pageant winner. Then she later participated in a Russian dance-based reality show and later owned a dance school in St. Petersburg. However, she rose to prominence for her relationship with Hollywood actor Johnny Depp who is 30 years older than her. Johnny had married twice and hooked up with a few ladies like Kate Moss and Vanessa Paradis with whom he had a daughter, Lily-Rose Depp, and a son, John Christopher “Jack” Depp III.

Moreover, she has moved to the US from Europe to plish her dance career in her twenties. After years, she became the headlines of different news portals when her affair with Johnny Depp came out in public. Additionally, the duo has often been clicked together, also rumored for planning to get married, but there was no confirmation news on the matter. Let us together scroll below to discuss the further details of whether the duo is still together or not.

The girlfriend of the actor Johnny was born on 25 March 1994 in St. Petersburgh, Russia. She was born as the daughter to mother Irina and father Gennedy Glen. Her mother is a Soviet Kazakhstan-born entrepreneur and also owns a Karelia-based willow herbal tea company. From a young age, she became interested in music and learned to play the violin.

Initially, her mother didn’t like her daughter becoming a dancer when she told her mother about to learn dance, and also she refused to pay for the lessons. Eventually, she was able to convince her mother and began her dance class lessons. She participated in a beauty pageant organized by a local bar ‘Nebar,’ in St. Petersburg. Nevertheless, she won the title ‘Miss Nebar; in 2012.

Following that, in 2013, she flew to the United States where she participated in the local dance-based reality show ‘GO GO Girls,’ and won the second position. Furthermore, it is also reported that she started her own dancing school in St.Petersburgh. However, it permanently closed in 2016 and then began to teach at Stadia Dance School. In 2019, she participated in a dance project ‘Playground LA’ where she was mentored by choreographer Tevyn Cole.

As mentioned earlier, she rose to fame as a girlfriend of ‘Pirates of the Caribbean’ fame actor Johnny Depp. The two first met when Polina traveled to the US in search of better career options. At that time, the duo crossed their path in a party in Los Angeles. Polina reportedly she was unaware of the stardom of Johnny. Further, reports say that the actor has first approached her to start a conversation and immediately began to fall for each other.

After that, the couple started their relationship secretly that didn’t remain hidden for a while. Further, they spotted in a Europe tour where the media clicked them vacationing on the tour. Also, they were spotted accompanying each other in their event or programs. It reported that Polina’s closed ones revealed that Johnny would be meeting her parents. And a big chance of Polina to walk down the aisle, however, there is no news regarding them. Instead, some sources reported that Polina has dumped the actor and flew back to her country.

According to Daily Mail on 17 November 2019, she has ended her relationship with the Hollywood actor and flew back to her country after she found her surroundings being scary. Moreover, it is reported that she was with the actor for his fame and while dating with him she kept her head down.

Talking about her, being an internet personality and choreographer, she must be accumulating a considerable amount of money from her career. Further, she is also endorsing and advertising some products and clothing lines like bikinis which helped her to earn a profitable amount. Therefore, she reported having an estimated net worth of around $200 thousand.

Being an internet personality, she is also quite active over different social media platforms. On Instagram, she has a verified account @polinaglen with 156k followers. Also, she has a YouTube channel under her name with 1.27k subscribers and over 197k views where she uploads her dance videos.

As her profession mentioned as a dancer and choreographer, she must have a flexible and strength that she possesses. Therefore, her slim body has a height of 5 feet 4 inches or 1.64 meters.