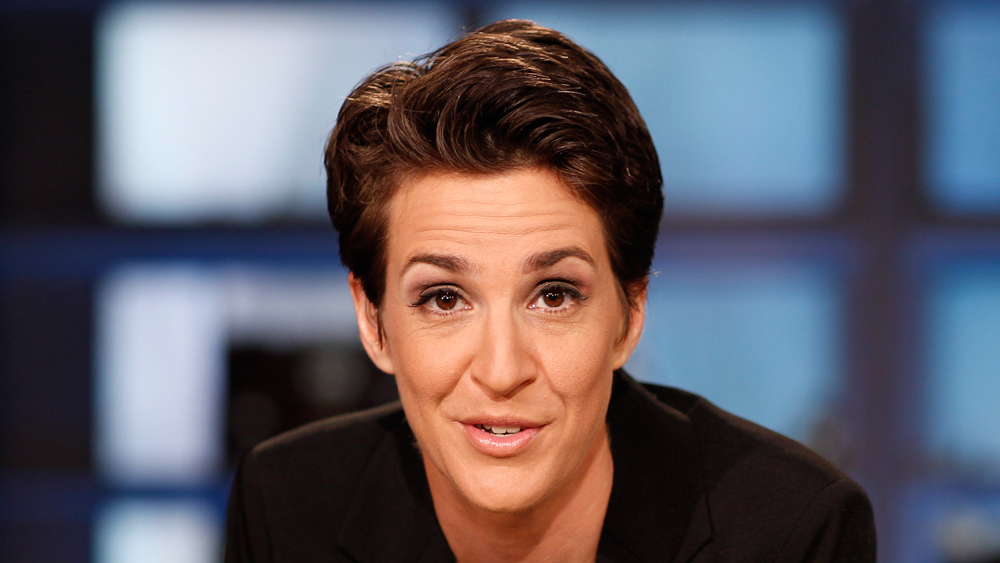 Rachel Maddow is a famous name in the American News world. She is a television show host, author as well as a liberal political commentator. Maddow currently hosts a television show called “The Rachel Maddow Show”, on MSNBC. Apart from that, she is the first openly gay host of the prime-time news program in the United States of America. Maddow also had a show that aired on radio channel called, “Air America Radio”.

Maddow is currently living in Manhattan, New York. She is also a graduate of Stanford University and holds a doctorate degree in politics from Oxford College. Like Katy Tur, Maddow also works for MSNBC.

#Repost @itsjeremyscott – The print edition has a different version of this. The digital edition of the interview has a different photo entirely. ・・・ SO AWESOME TO SEE RACHEL MADDOW ONE OF MY FAVORITE POLITICAL COMMENTATORS WEARING MY AS SEEN ON TV SHIRT IN @glamourmag SHOT BY @heatherhazzan & STYLED BY @grocurtis 🙌🏾🙏🏽👏🏽 THANK YOU RACHEL FOR ALL YOU DO TO BRING THE TRUTH TO LIGHT !

Rachel Maddow was born on April 1, 1973, in Castro Valley, California which makes her nationality an American. While her father was a former United States Airforce captain and her mother was a school program administrator. She grew up with her older brother David in a conservative community. In the course of attending Stanford, she was publicly revealed as a lesbian by the college newspaper during her freshman year before she could even tell her parents. She attained a degree in public policy and later even went on to receive a Doctorate in politics from Oxford University.

#Repost @rollingstone ・・・ Rachel Maddow appears on our new cover. Head to RollingStone.com to read the story in full. In the profile, she discusses breaking the Trump tax-return story, why Americans distrust the media and more. “I feel like the free press is going to be what saves us from the political crisis that we are in,” she says. “We just need to keep doing what we’re doing.” Photograph by Mark Seliger (@markseliger)

She came onto media from her first radio show which was 1999 WRNX (100.9 FM). After hosting some radio programs Maddow later joined New Air America for which she worked until 2008 when she finally signed her first TV assignment with MSNBC. During the year 2005, she was also among the panelists for “Tucker”, an MSNBC show. She became the substitute host for the show, “Countdown with Keith Olbermann, ” which was her first program ever. The program became a hit among audiences and Olbermann encouraged her to get her own show at MSNBC. That’s when the “Rachel Maddow Show’ finally began airing and replaced “Verdict with Dan Adams”.

The show was a success and the audiences for the show doubled. Eventually, she became the first openly gay/lesbian host of a primetime news program.

Incidentally, that’s part of why witnesses are supposed to be protected. It’s not just about their physical safety, it’s also about treatment of them (by parties related to the matter they witnessed) that’s designed to queer the case.

Maddow is openly lesbian and has been advocating the LGBT rights as well. She is currently in a committed relationship with Susan Mikula whom she met during her doctorate dissertation. Her personal life is a bit hectic as of now as she manages her time between two cities in the U.S. Manhattan and Massachusetts where Susan lives.

Rachel Maddow is a scholar and a top-notch TV host who has never failed to impress the audiences and critics. She has a total net worth estimated at a $20 million. This is all from her career in the media and news world. Not only her bank balance but she has been nominated and awarded many titles and awards through her career which also includes Emmy Award and other similar highly ranked names/ accolades.

Yes, I put him back.