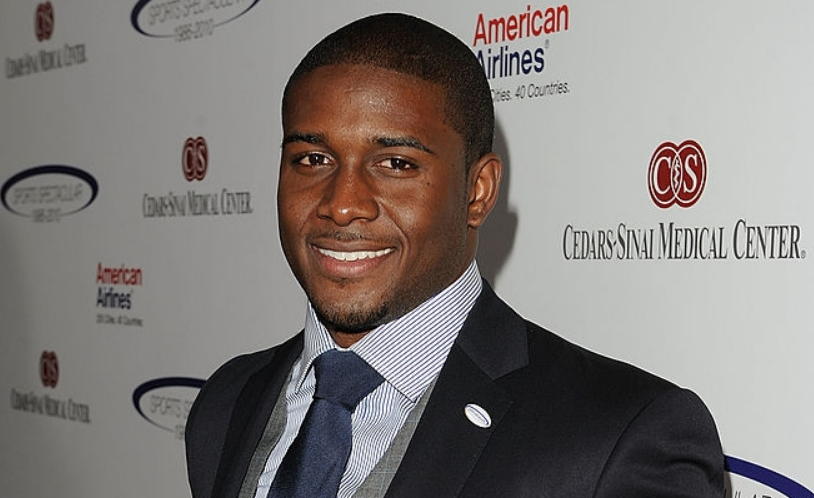 Reggie Bush is a former American NFL player who has held the position of running back. After playing eleven seasons in NFL, in 2017, he announced to take retirement from the NFL. He played his last seasons with the Buffalo Bills before his retirement.

The former footballer rises to fame early from his high school and rated as the No. 17 player in 2003 college recruiting class. During his college, he joined Trojans then after finishing college he was at USC for three years. Then in 2006, he became the second overall pick of New Orleans Saints in 2006 NFL Draft. Afterward, he has played with the teams like Miami Dolphins (2011-2012), Detroit Lions, San Francisco 49ers, and Buffalo Bills. Let us scroll down to know more about the former footballer.

The pro-footballer was born on 2 March 1985, in Spring Valley, California as Reginald Alfred Bush Jr. He was born to parents Reggie Bush Sr. and mother Denise Griffin. The athlete has a younger sibling, Javon Griffin who plays hoops. He grew in California with a decent lifestyle.

From an early, he always wanted to be a footballer and also has joined the team in school. He has completed his education from Helix High School. Later, he went on to join the University of Southern California in 2003. During his universities days, he has played the football with the Trojans from 2003 to 2005 under head coach Pete Carroll. In 2004, He along with the Alex Smith of University of Utah were finalists for the 2004 Heisman Trophy. However, he won the team’s MVP but in 2005he won 2005, Heisman Trophy. Also, he was named as the Associated Press College Football of the year and won the Doak Walker Award.

Throwback Thursday: Baseball was my first love. Wanted to be like Ken Griffey Jr. growing up! If only I knew then what I know now…

Bush started his senior season at USC on 12 January 2006. With his performances on the field made him the top pick in 2006 NFL Draft. He was drafted by the Saints with the second overall pick. He played with the New Orleans Saints for four years. Then in 2011, he was traded to Miami Dolphins for reserve safety Jonathon Amaya. Reggie has signed the Detroit Lions in 2013 for four year deal with an amount $16 million and $4 million guaranteed. However, in 2015, he was released by the Detroit Lions.

In 2015,  Reggie signed a year contract with the San Francisco 49ers. The signing amount was $2.5 million, $500 thousand guaranteed and plus a $500,000 signing bonus. With San Francisco 49ers, he had 28 rushing yards and 19 receiving yards. In addition, in 2016, he announced that he is suing the St. Louis Rams because he suffered a tear of his left meniscus while playing against the Rams. Later, he won the lawsuit and received $12.5 million damages. In 2016, Bush joined the Buffalo Bills one year deal. Then in 2017, he announced his retirement from the NFL. With Buffalo Bills, he finished his season with 7 catches for 90 yards, 12 carries for 3 yards, and a touchdown.

Did you guys catch today’s Bush League segment on @gmfb if so which video was your favorite? #BushLeague pic.twitter.com/btY07wklw8

Reggie has been in a relationship before marrying the American dancer Lilit Avagyan. Previously he has dated WWE Diva Eve Torres for one year while at USC. Then later in 2007, he dated Kim Kardashian and ended their relationship in 2009. However, again, after a months later he patched up with Kim. Abut in 2010, their relationship didn’t work out and broke up in 2010.

Before hooking up with Lilit in a romantic relationship, he had a brief relationship with country singer Jessie James in 2010. Reggie and Lilit started to date in 2011 and a year after they expected their first child in 2012. On 6 May 2013, Lilit gave birth to their first child, daughter Briseis. Afterward, in 2014, the couple tied a knot in San Diego, California. They welcomed their second child, son Uriah in 2015 and their third child, son Agyemang in September 2017.

Reggie has made a pretty good amount before his retirement from his football career. In 2006, he has signed the multi-year endorsement with Adidas to promote their football products. He has also earned the income from his endorsements and commercials. In 2012, he has partnered for skincare company Barc and also a spokesperson for the product. Therefore, he has a net worth of $51 million.

Very few times do we get a chance to sit down with someone who is a Master at their craft! Congrats @TigerWoods #GodsPlan pic.twitter.com/vesNFqmCZu

Bush has multiple properties around the country. He has bought a mansion that worths over $5 million in Oakland County, USA. He has donated his half of amount to hurricane Katrina victims after selling his jersey. The former athletes are also fond of luxuries and sporty cars like Bentley, Lamborghini Aventador, and Ferrari.

Player Haters Segment was a success yesterday! Shout out to the comedy king Dave Chappelle hope we made him proud! We definitely have something to build on hope you guys liked it! @ReggieWayne_17 killed it fyi! Shout out to our producer @offdachaney for making it work! pic.twitter.com/Z4MLj2KpJE

The former footballer has a height of 6 feet and 1 inch or 1.85 meters with athletic body build. His body weight weighs to 92 kg or 203 lbs. Furthermore, he has black hair and dark brown eyes. There is no further information on his body statics.