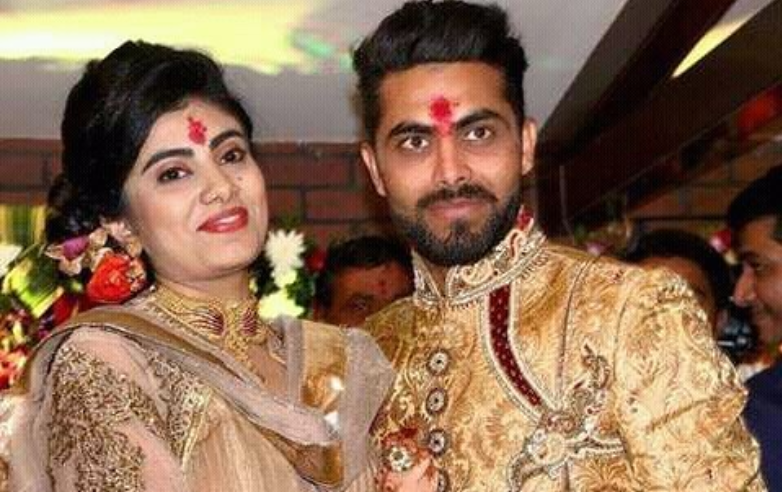 Rivaba Solanki is an Indian celebrity spouse. She widely recognized as the wife of an Indian cricketer, Ravindra Jadeja. The left-handed batsman has represented his country at the international level who is also the middle order and bowls left-arm orthodox spin.

Also, Rivaba is the niece of Indian Congress Politician, Hari Singh Solanki. Besides, she has made her own identity as an engineer as well as civil service aspirant. In 2018, she became part of the news along with her husband Jadeja who visited Indian PM Narendra Modi and took picture with him. Let us scroll over to know whether Jadeja’s wife have been invovled in controversies or not.

The Indian cricketer’s wife was born on 2 November 1990 in Rajkot, Gujarat, India. She is the daughter of businessman, Hardevsingh Solanki and her mother Prafullaba Solanki. Regarding her education, she attended Atmiya Institute of Technology and Science in Rajkot and graduated with the degree in B.Tech (Mechanical). She has a nationality of India and follows Hinduism.

Following her graduation, she started her career as an engineer and known to be a civil service aspirant. But according to some reports, she had dropped her UPSC which is yet to be confirmed. Apart from this, she has hidden her private matters from the media and made rare appearances in the media.

Coming over to her personal life, we have mentioned earlier that she gained fames as a wife of Indian cricketer Ravindra Jadeja. The duo got married on 5 February 2016 after knowing each other for a while. The couple together has welcomed a baby girl has named Nidhyana in June 2017. The cricketer has described he named his daughter as a “bundle of joy and little princess”.

She has also involved in the controversy when a case was filed against her which reported that her car had hit a police motorcycle in Jamnagar in May 2018. In return, she has denied all the allegations and claimed that police has pulled her hair and assault her after the incident.

She has a slim and well-maintained body that stands to a height of 5 feet 5 inches or 1.65 meters. Her body weighs around 52 kg with unknown body measurements of chest, waist, or hips. She has dark brown hair color and brown eyes color.