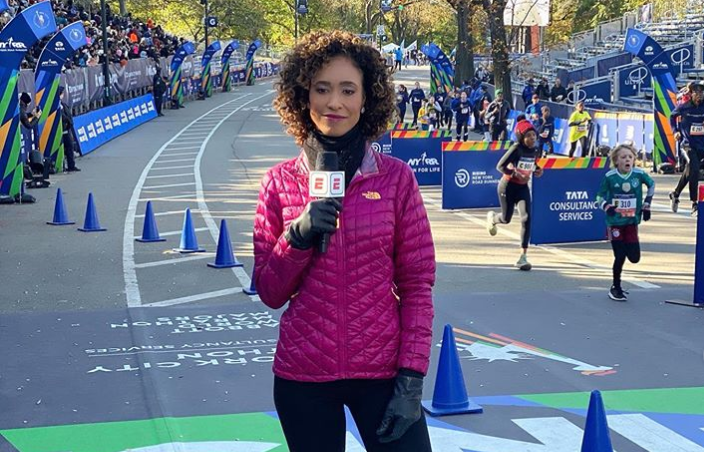 Sage Steele is an American television anchor, host, and reporter. Currently, she co-hosts the 6 pm (ET) SportsCenter on ESPN along with Randy Scott and Kevin Negandhi on weekdays.

Further, she has also served the networks like CBS affiliate WISH-TV, ABC affiliate WFTS, and Fox Sports Florida. For four seasons, from 2014-2017, she hosted NBA Countdown on ESPN as well as ABC. Wanna know more about her personal life, relationships, career, and net worth? Then stay tuned. 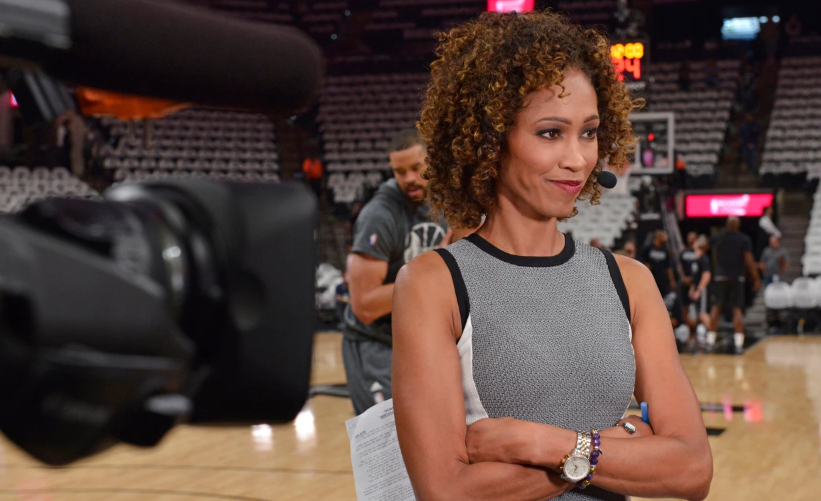 Steele was born on 28 November 1972, in Panama Canal Zone as Sage Marie Steele. She was born as a daughter of an African-American father, Gary Steele, and Irish/Italian mother, Mona O’Neil Steele. In her early childhood days, she along with her family has moved to different states and countries, including Greece and Belgium because of her father’s job. Her father served as an army to the US military. Thereafter, they settled to Colorado Springs, Colorado, in 1984 during her seventh-grade year after moving back to the US. Steele has two brothers: Courtney and Chad, the vice president of media relations for the NFL’s Baltimore Ravens.

Sage’s attended Thomas B. Doherty High School in Colorado Springs for two years. Then moved to Carmel, Indiana where she attended Carmel High School as a senior and graduated in 1990. She later joined Indiana University Bloomington in 1995 and graduated with a Bachelor of Science degree in sports communication.

In the same year of her graduation, she joined the CBS affiliate network, WSBT-TV in South Bend, Indian. There she served as a sports reporter as well as a news producer till 1997. Then she left to join CBS affiliate another channel WISH-TV in Indianapolis, Indiana, and worked from 1997 to 1998. She worked as a weekend morning sports anchor and weekday reporter. During that time, she covered the reports on Indiana Pacers, Indianapolis 500, as well as BRickyard 400 auto races, local college, and so on.

From 1998 to 2001, she worked at ABC affiliate WFTS in Tampa, Florida. There she got an opportunity to work with Jay Crawford, a former WFTS sports director and former SportsCentre host. Further, she has worked with Fox Sports Florida as reporter contributing to cover teams throughout Central Florida.

Coming back down to earth after one of the most unforgettable experiences of my life!! Thanks to the AMAZING @chrisbharrison .. who personifies the words teammate, and friend. At this point, you’re stuck with me for life, Harrison! xoxo • • @tiffanyhallbeauty & @wwsteele …you already knew you were stuck with me forevah!! Thanks for keeping me sane & tv ready…in every possible way. I ❤️you! • • And to the entire @dcp team, @abcnetwork & @nikwallenda & his family, especially his better half, Erendira…thank you! Keep inspiring all of us to push thru our fear! xo 💪🏽

Before joining ESPN in 2007, she worked with Comcast SportsNet Mid-Atlantic, Bethesda, Maryland from 2001 to 2007. There she covered reports on the network’s nightly local sports news program, SportsNite. During those times, she became the main anchor and the beat reporter for the Baltimore Ravens.

After joining ESPN, she appeared in the edition of SportsCentre on 6:00 p.m. ET. Steele has served as the host of NBA Countdown at the beginning of 2013-14 NBA season, covering for ESPN and ABC both throughout 2017. Additionally, she has also hosted the beauty pageant Miss America 2017/18 along with Chris Harrison on ABC.

Back in the saddle. So glad. So thankful. Thankful for good health, thankful for my teammates, and thankful to the amazing company I work for…. @espn 🙏🏽

The television host of the weekend show of ESPN’s NBA Countdown is in a marital relationship with Jonathan Bailey. Bailey is a former professional personal trainer, however, he left the job after the arrival of their first child. We must say that her husband is very supportive and caring about his wife who would love to carry on her career.  Further, the couple first met during their time at the university. After dating six years, Sage walked down the aisle with her boyfriend on 30 October 1999.

The duo welcomed their first child, a daughter Quinn Bailey in 2002. Then their second child, Nicholas Bailey arrived in the world in 2004and third child, Evan Bailey in 2006. Further, she once said that because of the skin variance between her and kids, some woman had called her nanny of the children. However, ignoring all these comments, she has been balancing her personal and professional life. Also, there is no information of separation or violence in her marital life. It seems that the couple is sharing a good bonding with each other. 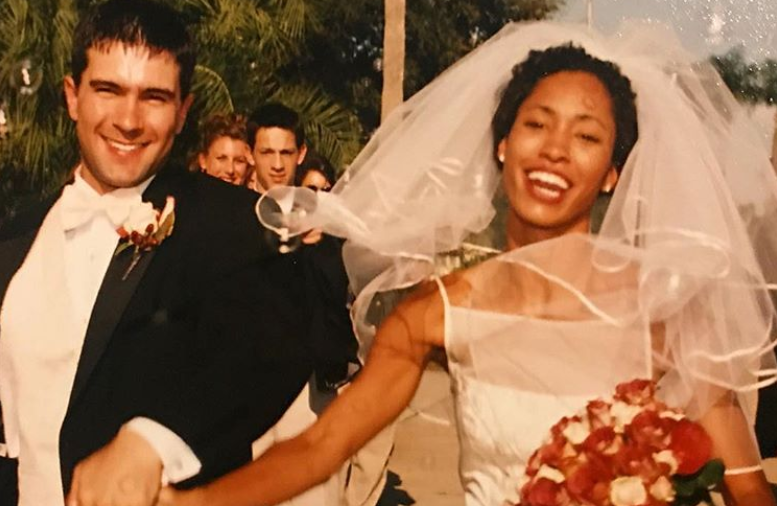 Being one of the popular television anchors, she surely amassed a hefty amount from her career. According to sources, she accumulated a salary of 400k annually from reporting and hosting. Therefore, she has a net worth estimated at around $2 million. However, she has not disclosed her salary or income herself in the media.

When your teenage daughters actually approve of your work outfit, you strike a pose and post it on IG because it might be YEARS before it happens again 💃🏽🎉😁

The anchor has been focusing on her slim and lean body and maintains with regular exercise and healthy balanced diets. Her perfect slim body has a measurement of 32 chest size, 24 waist size, and 34 hips size. Her body stands to a tall height of 5 feet 10 inches or 1.77 meters and weighs 62 kg. She has dark brown eyes with black hair color.