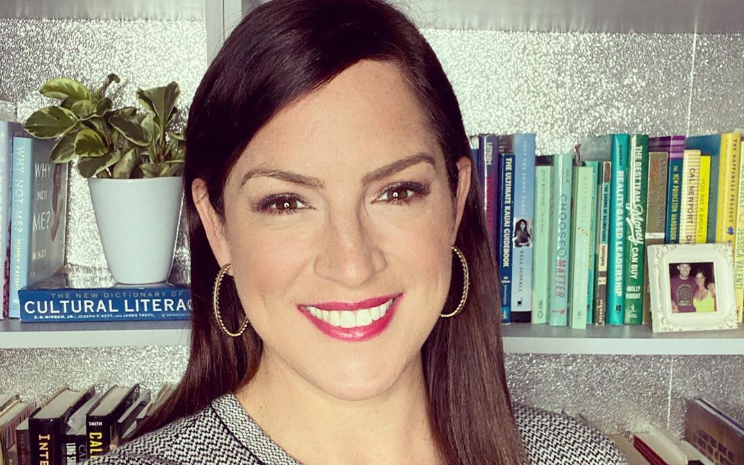 Sarah Spain is an American sports reporter and columnist currently working for the network, ESPN. Many people recognized her as an ESPN television personality and columnist for espnW.com. Also, she hosts the program ‘Spain and Company’ on ESPN Radio as well as becomes the occasional reporter for ESPN ‘SportsCenter’.

Further, she had also won the 2016 Peabody Award for the four-minute video along with radio host Julie DiCaro. The video highlighted the sexual harassment, unjust criticism, rape threats that were faced by a female sportscaster. Let us scroll below to know more information on the sportscaster.

Back on ATH today around 6ish ET on SportsCenter, rocking my Orchard by @janetmavec head to toe (well…ears to neck!)

The veteran sportscaster was born on 18 August 1980 in Cleveland, Ohio. However, she grew up in Lake Forest, Illinois along with her parents and siblings. But she has not revealed information on her parents or siblings.

For her education, she attended Lake Forest High School. Then, in 1998, in her senior years, Spain has received the MVP and captain of her track and field, field hockey, and basketball teams. Later, she joined Cornell University and majored in English. In her university days, she was a heptathlete on the Cornell Big Red track and field team, for which she was co-captain her senior year.

Spain has garnered a huge exposure after joining the ESPN network. Before joining ESPN, she used to be the writer for ChicagoNow.com on a sports blog. She also occasionally appeared as a recurring guest host of ChicagoNow radio on WGN AM-720. During those years, she was a freelance writer for the Chicago Tribune Red Eye. Then, she worked as a sideline reporter for the Big Ten Network as well as hosted the online show ‘Coors Light Fantasy Players Minute’.

Acquiring much experience from previous work, she joined the ESPN network in 2010. Since then, she has contributed to several programs and other platforms like ‘The Dan Le Batard Show’ and ‘Around the Horn’. As a host, the credit of her works includes ‘ESPNW Presents: The Trifecta (2016 – 2017)’ and ‘Izzy and Spain (Sep. 2016 – Nov. 2017)’, ESPN Radio’s first all-women program, and ‘Spain and Fitz (Jan. 2018 – May 2019)’. Currently, she worked as a host of a three-hour show Spain and Company aired on every Monday-Friday from 6-9 p.m. ET on ESPN Radio.

Coming over to her personal life, many of her admirers must be wanting to know whether the reporter is married or not. Well, she is not single but married for a long time to her boyfriend. However, she has successfully maintained her private life under the blankets. Further, she has married Brad Zibung who is a real state agent.

The couple first met in 2008 at a charity event and after meeting sometimes they started to date. Then her boyfriend turned husband popped the proposal when they were on a vacation in Tanzania. And the couple exchanged vows on 29 May 2016. It seems that the couple does not share any kids so far and also not planning to have children anytime soon. 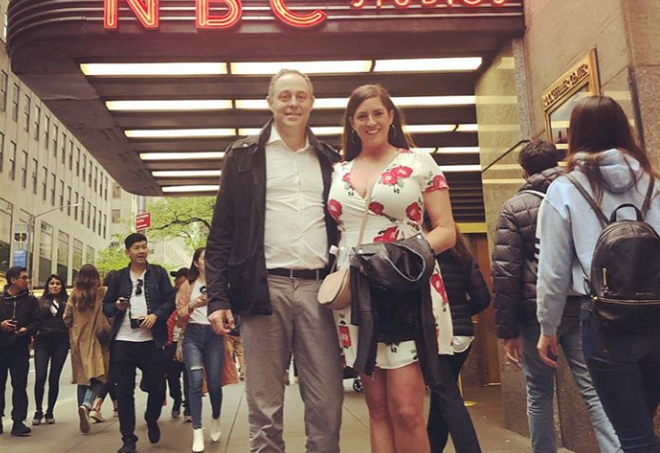 Spain has accumulated a good amount from her career in reporting and writing. Further, she reportedly earns around $150 thousand from the well-known company, ESPN where she works as a writer and anchorman. Therefore, she has a net worth estimated at around $1 million.

Who has two fingers & dyed her own hair today? 🙋🏻‍♀️⁣⁣ ⁣⁣ Come see how good I look! A stand-alone, *almost* full-length episode of Around The Horn today @ 3:40/4:40ET on ESPN! You can even set your DVR for it now! 👍🏻⁣ ⁣ PS – Just noticed that only *one* of those two fingers still has nail polish on it sooooo… I guess what I'm saying is, let's just focus on how I dyed my hair goodly.

The reporter has a curvy hourglass body type that stands to a height of 5 feet 11 inches or 1.80 meters. Her body has a measurement of 42-28-39 inches and weighs 68 kg. She has dark brown hair color as well as eyes color.