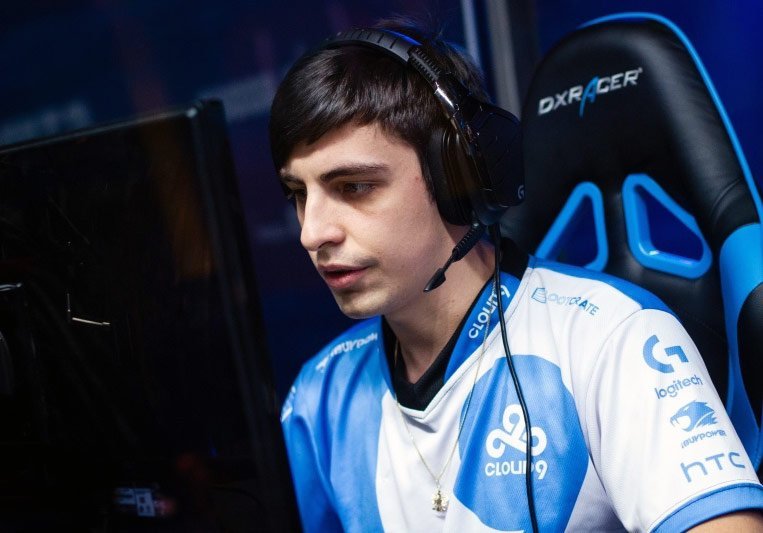 Prior to his success as a full-time streamer, he played CS: GO competitively and carried his teams to triumph several times. But it didn’t happen all at once and he had to make tough decisions to reach where he is today.

Who is Shroud “Michael Grzesiek”?

Born on June 2nd, 1994, Michael is a Canadian full-time video game streamer and a former e-sports player. Mostly popular for the game PUBG, however, he didn’t start with that game initially. He was born in Toronto, Canada, but he resides in Orange County, California now.

Speaking of his interest, he doesn’t like traveling much and he would simply love to sit home and game all day. That’s how it all started. He started off by streaming Counter Stike: GO before engaging himself in the competitive world.

The first tournament he did was BYOC (Bring Your Own Computer) in Canada, Toronto. He states he had to drive 5 hours to the spot with his monitors and everything.

In one of his streams, he told his viewers that he didn’t really struggle much with money and computers or any other things from the very beginning. As a matter of fact, his father would get him new PCs at regular interval and so forth.

The only point in time that Shroud struggled was the divorce of his parents when he was 12. After the split, he lived with his father most of the times and spent time with him alongside all the cool gadgets and what not.

Speaking of Shroud’s education, his schooling went alright. Also, in one of the interviews, his father said that Mike’s high school grades were extremely poor since he missed school way too much. Moreover, one of his teachers hated him and thought that he’d be a failure with respect to his career.

So, when Mike’s teachers complained a lot about how he wasn’t doing good, his parents had to take a step to make him focus more on his study as well. Hence, he moved to his mom’s place without his computers and all the other portable gaming gadgets. That way, he concentrated more on his study at the time to complete his high school.

However, that didn’t stop his parents from supporting their son and did everything they could to make Shroud achieve his goals.

When did he first start streaming?

He began streaming from 2011. He didn’t have any viewers back then, and he probably streamed for a year with only one viewer. But he was consistent and he streamed for around 12 hours a day. From that point onwards, he gradually started getting attention from people.

In one of his interviews, he said that the reason he started streaming was because of ‘Summit1G’. Back then, Summit had around a couple of hundred subscribers and it was growing and just growing. That was the point in time when he thought he wanted to do exactly the same.

In the same interview, he stated that he was rejected three times when he applied for the partnership with Twitch. But in the fourth try, he got in and got the subscribe button. He furthermore said that it was depressing when he got rejected thrice and he almost quit at that point.

How did it all Start? (His Career)

From the point in time where he barely started walking, he was introduced to computers and cool gadgets by his dad. Mike’s father was a huge computer geek and was fond of gaming as his son. Also, it was his dad who introduced him to counter strike from a very early age, and he states that Michael picked the game really fast and soon started showing interest in it.

Mike began his career with a few ESEA groups, especially Manajuma and Exertus. However, he was acquired by compLexity Gaming (cloud9 back then) later on. Not long after that, Cloud9 signed him in August 2014 and he started competing on a broader level.

Here’s his stream from his Twitch Rival Tournaments..

During his time as a competitive player, he played several tournaments and won almost $200,000 on average. His biggest money win would be at ESL Pro League Season 4 where be won $40,000. According to Socialblade, he earns around $50k to $70k per month from his YouTube channel.

Apart from competitive tournaments, he has competed in Twitch Rivals too where he won around $30,000 or more in total. So, his estimated net worth is $4 million dollars. Furthermore, he generates his income not only through stream donations and subscriptions, but he has been sponsored by a lot of big shot companies like HTC, Cloud9, Logitech, HyperX, Madrinas, and more.

Speaking of his ride, he doesn’t really like to travel or drive on a car. So, he doesn’t have a car, but he owns an electric scooter to go around and stuff. In addition, he stated in one of his streams that he recently bought a coffee machine worth more than all of our salaries. So, that’s huge..

Lately, he moved to his new house in California, US. He hasn’t posted pictures of it but his Twitch chat believes that he has a private pool and a whole bunch of cool expensive stuff.

What was Shroud’s plan regarding stream?

Michael states that he barely had any plans regarding his gaming career or stream. As he stated that he wasn’t really fond of travel, he had to stop competing and simply needed to concentrate more on full-time stream. That way, he wouldn’t need to travel as much as he did when he was with Cloud9. So, he officially quit Cloud9 in August 2017.

However, he didn’t have any thought where that could lead him, but he pursued his heart and kept doing what he adored the most. So, at one point in time, he thought he would just quit playing competitively and would focus on what made him happy.

This is one of the reasons why Shroud quit cloud9, but there’s still more to it than meets the eye…

After CS: GO, Mike showed interest in a game called ‘PlayerUnknown’s Battlegrounds (PUBG)’. Initially, the game was a third person shooter, and since he was more of a first-person shooter guy, he didn’t really like it much. However, after their release with FPP, he streamed the heck out of it streaming 2,568 hours and more. Not long after that, he started gaining a lot of viewers.

Moreover, He has competed in Twitch Rivals too with his teammates ‘Chad’, ‘Just9’, ‘ChocoTaco‘, and ‘JoshOG’. And they won most of it making a lot of money too. The games that he mostly streamed would be ‘PUBG’, ‘Fortnite’, ‘Call of Duty’, ‘World of Warcraft’, ‘Rainbow Six Seige’, ‘Escape from Tarkov’, ‘Apex Legends’, Battlefield V’, ‘CS: Go, and more.

Recently, Mike lost a lot of subscribers on YouTube because of some technical glitch. He stated in one of his streams that it made him lose average views in lots of his videos. Apart from that, he has been constantly streaming and gaining a lot of subscribers and followers on all social media.

How did he come with the alias ‘Shroud’?

At first, when he hadn’t come up with the name ‘Shroud’, he used the alias ‘Eclipse‘ on most of his streams. But then, when he couldn’t use it anymore, he named himself ‘MEclipse‘ (M for Michael). Later, when he was playing with this open team named ‘Eclipse Gaming‘, everyone thought he was sponsoring the team so he needed to concoct an alternate name.

That’s when he started searching synonyms for Eclipse and came up with the name ‘Shroud’. Nonetheless, he uses other aliases as well like ‘KeisezrG’, ‘Badshroud’, ‘Shroudy’, and more.