Smita Thackeray is a popular Indian social activist and filmmaker. The socialite has founded the Mukkti Foundation and sits as the chairperson too. Further, she has been an advocate for woman safety and with the foundation, she is contributing to the aware the importance of AIDS as well as to eliminate the risk o drug abuse in youth.

In December 2018, she led a Freedom Parade in solidarity with the LGBTQ community who face the most stigma around HIV/AIDS, along with stars Sunny Leone, Nisha Harale, Rohit Verma. In addition, she is the estranged wife of the Indian politician personality, Jaidev Thackeray. Let us continue to discover more of her details. 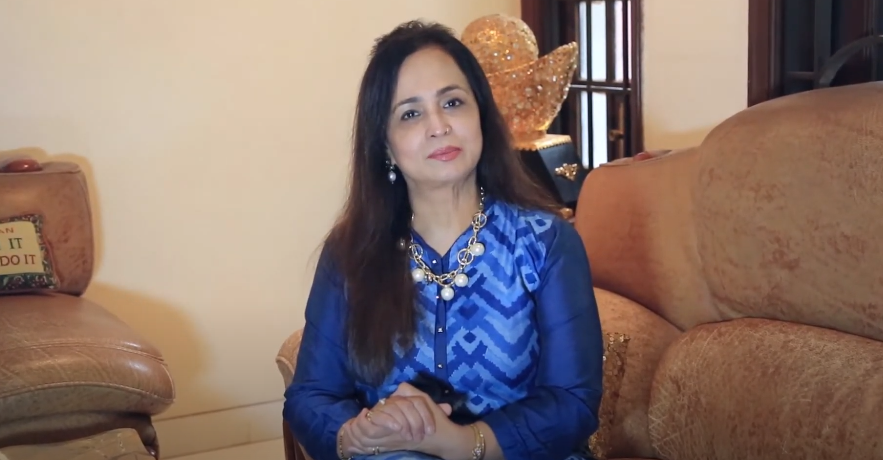 The famous public figure was born on 17 August 1958 in Mumbai, Maharastra, India. She was born into Middle-class Maharashtrian parents Madhukar Chitre and Kunda Chitre. She grew up with two sisters: Swati and Sushma.

For her education, she attended Chhabildas Girl’s High School, Dadar. From a young age, she began to learn Marathi Classical singing. Further, she completed her Bachelor’s in Science (BSc) from Ruparel College, Mumbai, with Honors and majored in Botany.

After graduation, she worked at the Centuar Hotel and handled the administrative and management department. Though she had an interest in fashion which led her to open a boutique called NARI later. Besides she also founded the Mukkti foundation in 1997. The foundation aims to raise awareness about HIV and AIDS as well the drug abuse in youth.

Furthermore, she is the founder and owner of the Rahul productions. The production has released the movies like Ishq Sarfira, Sandwich, and Haseena Man Jaayegi from 1999-2015. In 2001, she was elected as the President of the Indian Motion Picture Producers Association(IMPPA) until 2004. During her time in IMPPA, She initiated a debate about the ethical screening of post-release films and material on television and other media.

Moving toward her personal life, she is a divorcee and mother of two children. Further, she married the son of late Indian politician Bal Thackeray, Jaidev Thackeray in 1986. However, their relationship didn’t go well and finalized their divorce in 2004. After divorce, she continued to stay in her In-laws’ home ‘Matoshree’.

Moreover, she has produced two sons: eldest Rahul Thackeray and youngest Aaishvary Thackeray. Her both sons graduated from the American School of Bombay. Further, her older son Rahul has graduated from Toronto Film School. He currently works as a writer, director, and filmmaker in Marathi and Hindi film industry. 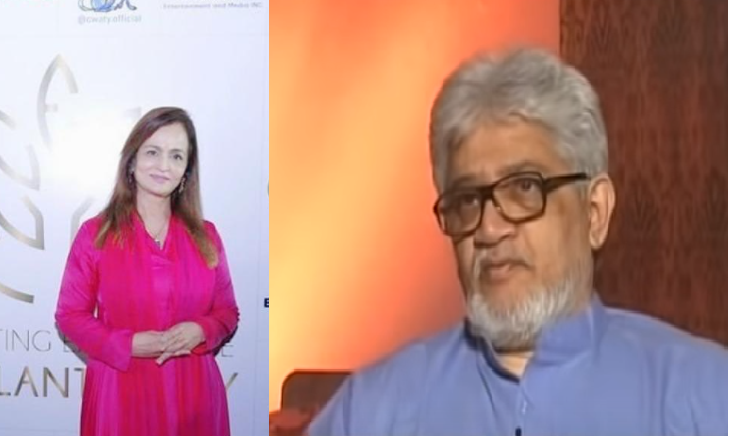 The active social worker has been earning a hefty amount from her different works and business ventures as well. Therefore, she has a net worth estimated at around 58 crores of Indian Rupees (approximately $8 million). Though she has not revealed exact information on her salary or income, she has an active career in the film industry too.

The filmmaker has a slim and well-maintained body figure that stands to a height of  5 feet 4 inches or 1.63 meters. Her body weighs around 61 kg with unknown body measurements. She has black hair color and dark brown eyes color.