Stephen Colbert is an American Television host, writer, and a comedian using satirical comedy as a way to please the audience. He is best known for his work on Comedy Central program, “The Colbert Report” that aired from 2005-2014. Later in September 2015, he started hosting a new show called “The Late Show with Stephen Colbert”, Colbert previously also worked as a correspondent on,” The Daily Show” a talk program by CBS. This is the show that gave him wide recognition.

Colbert has also gained recognition through several awards throughout his career and was also listed among the  Time’s 100 Most Influential People in 2006 and also in 2012. Later he also became the New York Time’s bestseller in 2007.

Stephen Colbert was born on May 13, 1964, in Washington D.C. which makes his nationality an American. He is the youngest among his 10 other siblings. He was born and raised in a Catholic family, while he spent most of his childhood in James Island, South Carolina. Colbert’s father was a dean for  Saint Louis University, Yale University, and also the Medical University of South Carolina while his mother a homemaker.

Colbert’s father and two of his siblings died in a plane crash on September 11, 1974, when he was just 10 years old. Later he along with his remaining family moved to a more urban setting where he found difficulty settling and making friends. As a matter of facts, he grew more detached at an early age.

When Oprah’s baby gift to @mindykaling was better than yours. #LSSC pic.twitter.com/D8FgDMoDom

Colbert started his career after graduating from Northwestern’s school of communication in 1986. He along with his cast members Amy Sedaris and Paul Dinell created a sketch comedy for Comedy Central, named Exit 57. The show became a success and run for two years until 1997. After which, Colbert joined The Daily show working as a correspondent. The show gave him wide coverage and eventually, he landed his own show, “The Colbert Report” in 2005 where he used his satirical humor to comment on the political affairs.

Speaking of Colbert’s personal life, he is married to his wife Evelyn McGee-Colbert. She is the daughter of Charleston civil litigator, Joseph McGee. Before meeting Colbert, Evelyn first met Jon Stewart however after meeting each other they fell in love. Colbert has even said “it was love at first sight” when he first saw Evelyn. Later the duo realized that they had spent childhood in Charleston while also having many common friends. 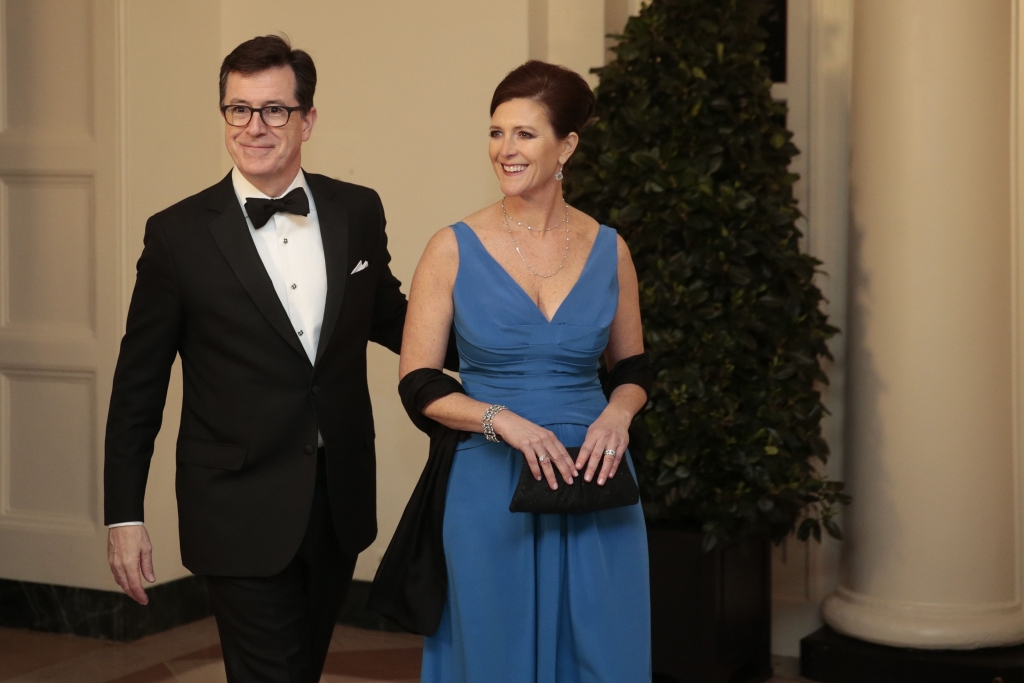 Together they have three children; two sons and a daughter named, Madeline born in 1995, Peter (1998), and John (2002). They currently live together at their home in New Jersey.

Stephen Colbert: Net Worth and Awards

Stephen Colbert is now among the established names in America. With his work beyond the ordinary, he has successfully gathered numerous awards and accolades. Apart from that, his total net worth estimation is  $45 million.