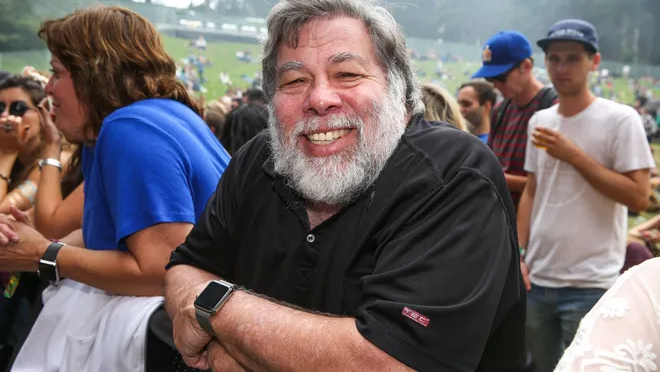 Almost everyone knows about the American multinational technology company, ‘Apple’.  Apple is one of the Four big technology companies in the world along with Amazon, Google, and Facebook and the company’s quarterly revenue for the year, 2019 is $64 billion. Now when we talk about Apple, we all remember the former chairman of the company ‘Steve Jobs’. Steve Jobs co-founded Apple along with ‘Steve Wozniak’. Steve Wozniak is an American computer scientist, inventor, programmer and founder of Apple. In partnership with his friend Steve Jobs, Wozniak invented the Apple I computer. They first found their company with ‘Ronald Wayne’ with the name ‘Apple Computers’ in 1976 and released some of the first personal computers on the market. Besides, Wozniak developed the next model, Apple II all by himself and this established Apple as a major player in microcomputing. 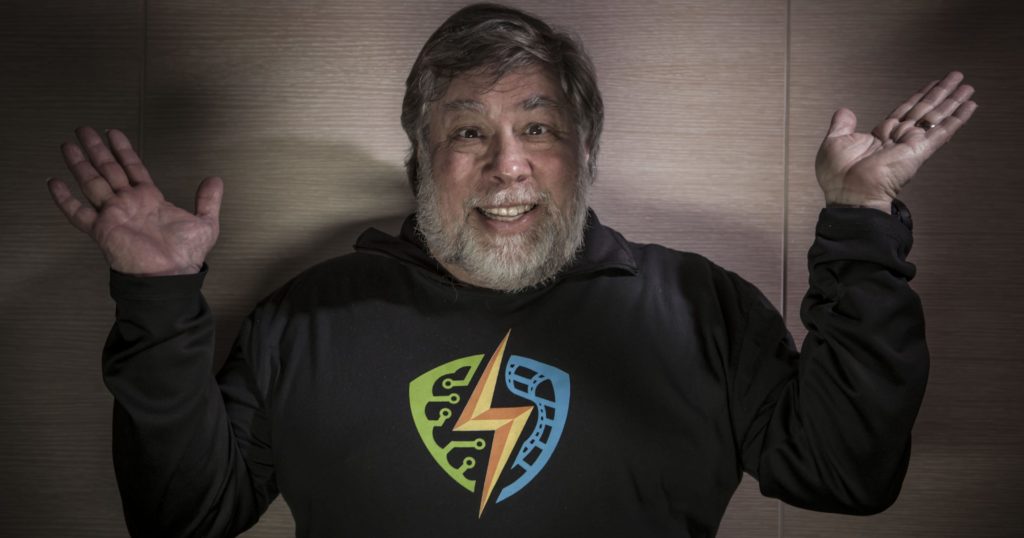 To know more about this Computer scientist and entrepreneur, his early life, education, net worth and more scroll down.

The entrepreneur was born on 11 August 1950, in San Jose, California. He liked electronics at an early age as his father himself was an engineer. Wozniak from his childhood had a keen interest in building working electronics from scratch however he was never a brilliant student during his student life.

Wozniak and Steve Jobs met through a mutual friend at the University of California, Berkeley. Jobs at that period of time was in high school.  Later, Wozniak quit his job at Hewlett-Packard and paired up to form Apple Computer on 1 April 1976. 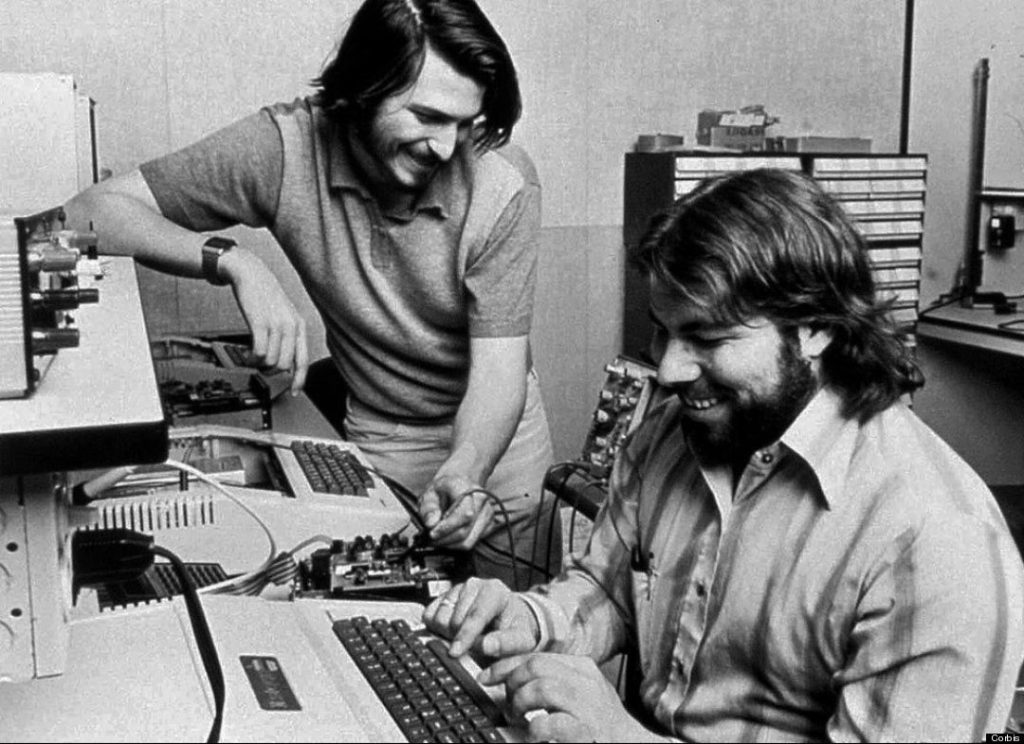 Wozniak and Jobs started working in a family garage to create a user-friendly alternative to the computers which was introduced by many International Business Machines then. Wozniak handled the invention of products, and Jobs did all the marketing activities. Soon after the company was established,  Wozniak created ‘Apple I’. With Wozniak’s knowledge of electronics and Jobs’ marketing skills, the two were well-suited to do business together. Wozniak went on to devise the ‘Apple II’ as part of the company’s personal-computer series. Eventually, by 1983, Apple had a stock value of $985 million.

However, in 1985 Wozniak ended his employment with Apple. In February 1981, Wozniak met an accident as he crashed his private plane while taking off from the Santa Cruz Sky Park. The accident caused numerous injuries and amnesia to him and it took quite a long time to recover as well. After his accident recovery, he created a new company, responsible for the first programmable universal remote control named ‘CL 9’. Similarly, in 1990, Wozniak paired with Mitchell Kapor and established, ‘Electronic Frontier Foundation’, an organization that provides legal aid for computer hackers facing criminal prosecution. He also founded ‘Wheels of Zeus (WoZ) in 2002, which aims to develop wireless GPS technology.

The life of Wozniak is definitely an inspiration for many and eventually, a movie happened named ‘Jobs’. It released in 2013. The movie featured actor ‘Ashton Kutcher’ as Apple co-founder Jobs and actor ‘Josh Gad’ as Wozniak. In contrary to the review prediction of the movie to be very good, the movie was showered with negative critiques. In addition, Wozniak himself gave the film a negative review on the website Gizmodo and wrote, “I felt bad for many people I know well who were portrayed wrongly in their interactions with Jobs and the company.” Wozniak has also made appearances on the reality show ‘Kathy Griffin: My Life on the D-List’ and ABC’s ‘Dancing with the Stars’ (Season 8).

Steve Wozniak married four times. He first married Alice Robertson in 1976 but then divorced in 1980. After her, Wozniak married Candice Clark in 1981 and divorced just after 6 years in 1987. After ten years, Wozniak married Suzanne Mulkern and separated in 2004. Right now he is living with his fourth wife, Janet Hill with whom Wozniak married in 2008. Since then the couple is together. 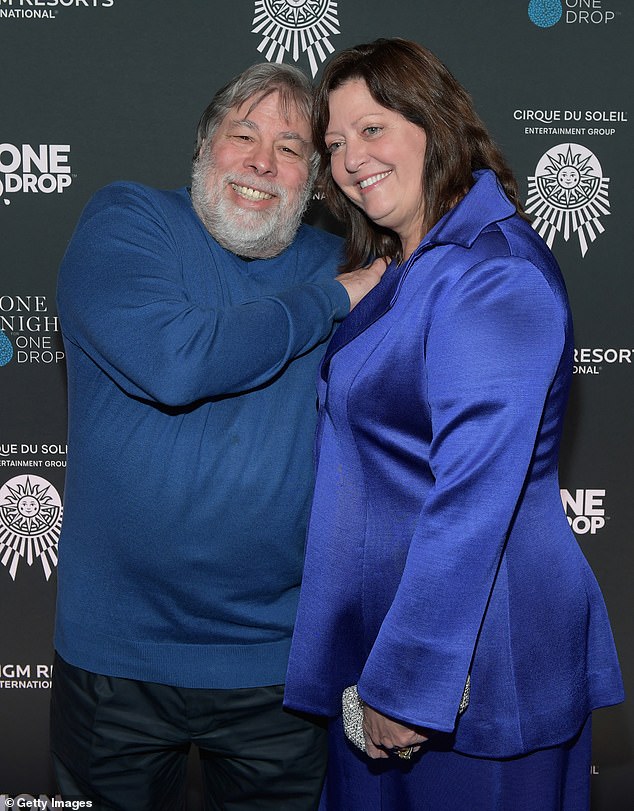 The computer scientist has a total net worth of $100 million. His main source of income includes his work as a computer scientist and entrepreneur. Wozniak uses social media platforms to keep people notified about his ventures. He is accessible on Twitter by the name, ‘stevewoz’, with 627 followers. He also has a website called ‘woz’.

Amos Lee and his group were totally gracious to us. (@ Golden State Theatre in Monterey, CA) https://t.co/jHZ6WDn0Yd pic.twitter.com/tZqVhuERQj