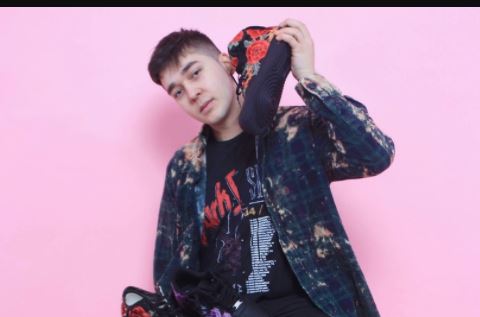 Steven Vasilev is a young entrepreneur based in London who is best known for his Shoe collection that specializes in creating specialized and custom made designs which are worn by some of the famous celebrities in the industry. To name some of them would be musicians like Chris Brown, 50 Cent, and Drake.

Steven along with his partners Vihan Kakar and Wissam Al-Madhon created the Frecustoms company offering some unique footwears to celebrities. How did he get here, let’s get to know about that in detail, You might want to know Ty Simpkins as well.

Steven Vasilev was born in London, United Kingdom which makes his nationality a British. As he got into the business world quite young, much of the information available about Steven is about his career and achievements. So far, what we know of Steven is that he is a student of Business and Management degree at the University of York.

Steven started out his social media business before he started his Sneaker designing company, FreCustoms. Vasilev made an Instagram account where he often posted about the newest styles and trends in the sneaker and shoe business. Adapting into the niche and attracting several enthusiasts across, Vasilev later began his own sneaker line promoting it in his social media channels with a vast audience.

Steven along with his co-founders Vihan Kakar and Wissam Al-Madhon learned from their mistakes. They realized the limitations in the initial phase of their product release while improving them. Their products became a hit especially with some high profile customers like Chris Brown, rapper 50 Cent and Drake himself. Eventually, their startup turned into a brand offering high processed and customized footwear.

The young millenial described his company’s strategies in an interview with Forbes magazine’s contributor as;

“Most of our celebrity clients jumped at the opportunity to get some 1:1 sneakers, which is the one of the main reason we targeted celebs, as creating fully reconstructed shoes takes a lot of time which reflects the high cost. If we released reconstructed customs to the general public we could not handle the demand, as it is a very specialized and long process”.

In addition, Steven created images to advertise his products that were viral in nature causing his products to get a free advertisement across social media channels providing more publicity. As of now, he also has a clothing line named FreSupply.

So I'm selling a ton of NEW stuff below retail to help the Zaptio Family. Stuff will be online tomorrow @HEAT 8PM Worldwide Shipping. Also subscribe to me on YouTube for more updates of this (link in bio) 👊🏻 Comment brands you want me to buy for next drop⬇️ 🔥

This young businessman is living quite a happening life that people of his age would love to have. Talking about his personal life, many people wonder about his relationship status and whether or not he has a girlfriend. Well then here’s the news, he is currently dating his girlfriend for two years, Sabreena Diamond.

Through social media analyzation Sabrina is a Filipino model who has been with Steven for two years. The couple is quite comfortable with sharing about their relationship on their social media profiles.

Vasilev has been twice featured by the Forbes magazine. Likewise, he also made it to the list of 15 Top Instagram Influencers You Should Follow. Meanwhile, he amassed millions of followers on his social media site which has helped his business quite a lot. Though we are pretty sure that Steven’s net worth estimation is somewhere in millions, his salary and income date are unavailable as of now.

Thinking to move to LA or New York w/ @fuhzz. Where shall we move? 👀

Vasilev is active on social media sites like Instagram where he has 142k followers. In addition, he oftens shares about his business but you will also be able to see some posts from his personal life.