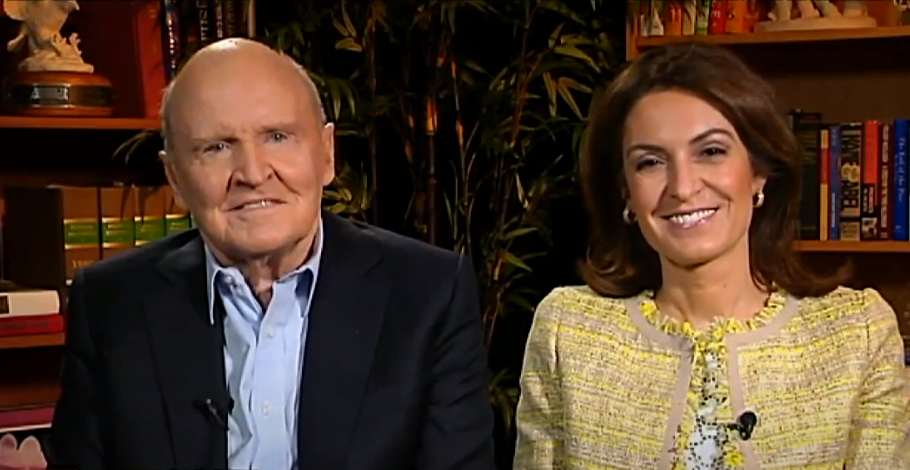 Suzy Welch is an American television personality, business journalist, and public speaker. However, she came into the highlight for authoring several books. It includes the New York Times bestseller ’10-10-10: A Life Transforming Idea’ in 2009. Moreover, she also involved in philanthropist events and charities. She even elected to the Board of Directors of The Humane Society of the United States.

She along with her husband authored two international New York Times and Wall Street Journal best-selling business books ‘Winning’ in 2005 and ‘The Real Life MBA’ in 2015. Unfortunately, he died at the age of 84, on 1 March 2020 from kidney failure at his home. Let us scroll over to know more information on the famous personality. 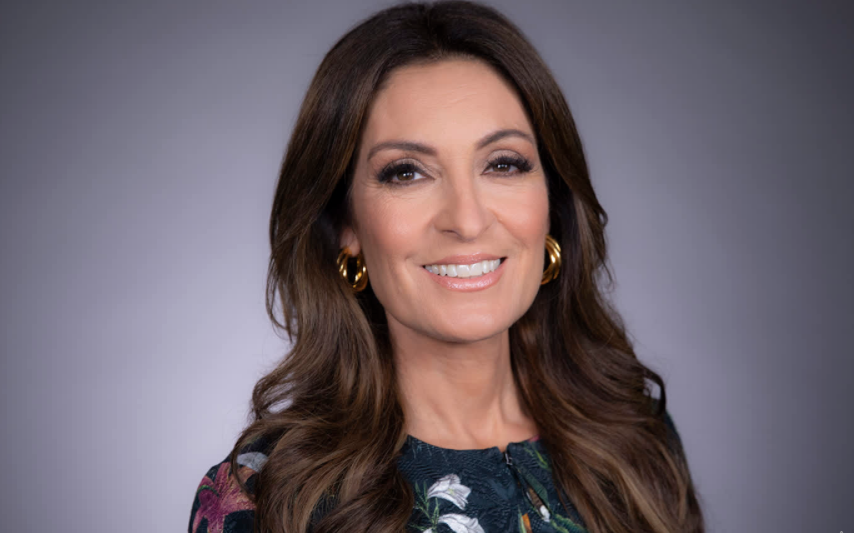 She was born in the year 1959 which makes her age around 61 (as of 2021). She was born as Suzanne R. Spring in Portland, Oregon as the daughter of Phyllis and Bernard Spring. She was raised in New York and New England. Regarding her education, she attended Phillips Exeter Academy, Harvard and Radcliffe College, and Harvard Business School. From there, she graduated as a Baker Scholar, in the top five percent of her class.

At the beginning of her career, she served as a reporter with the Miami Herald and then the Associated Press. After graduation, she had worked for several years at Bain & Company and later positioned as editor-in-chief of the Harvard Business Review. She then made her career in writing and has authored several books assisting h husband as well. Alongside, she is also a veteran public speaker represented by CAA. She has moderated SXSW’s Q&A session between legendary business leader and husband, Jack. In addition, she has been a commentator/anchor on several television programs including Good Morning America, The View, Morning Joe, and Power Lunch.

She is a widow as mentioned earlier, she was married to late businessman Jack Welch. Sadly, her husband died on 1 March 2020 due to kidney failure. He further was an American business executive, chemical engineer, and writer. From 1981-2001, he served as the chairman and CEO of General Electric (GE). He received a $417 million severance package from GE when he resigned, the highest such payment in company history.

The couple married in 2004 after dating for years when they first met in October 2001. Per reports, she is the mother of four adult children from her previous marriage. On the other hand, her late husband had married twice previously with Carolyn B. Osburn (1959-1987) and ​Jane Beasley(1989-2003). 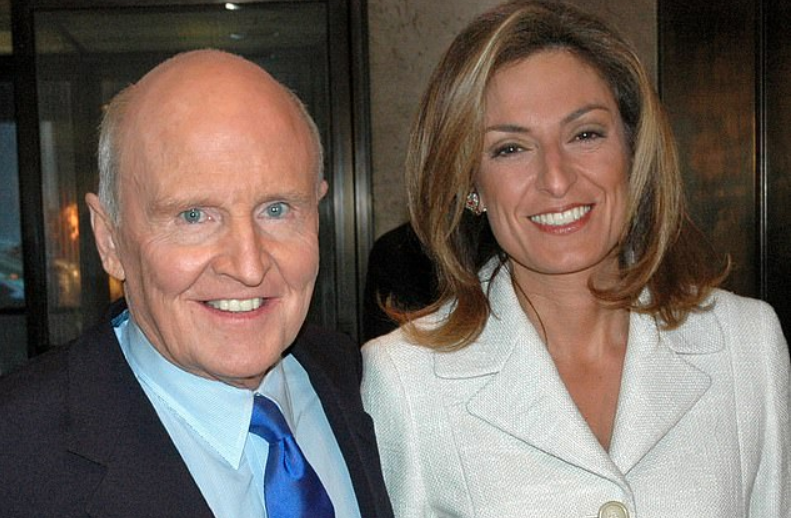 Welch has personal and verified accounts on different social media platforms. On Twitter, she goes by the handle @SuzyWelch with 42.3k followers. She has an Instagram account @jack_and_suzy having more than 6k followers.

She has a slim and well-exercised body figure that stands to a height of 5 feet 6 inches or 1.67 meters. Her body weighs around 60 kg with unknown body measurements of chest, waist, and hips respectively. She has brown eyes color with same hair color.