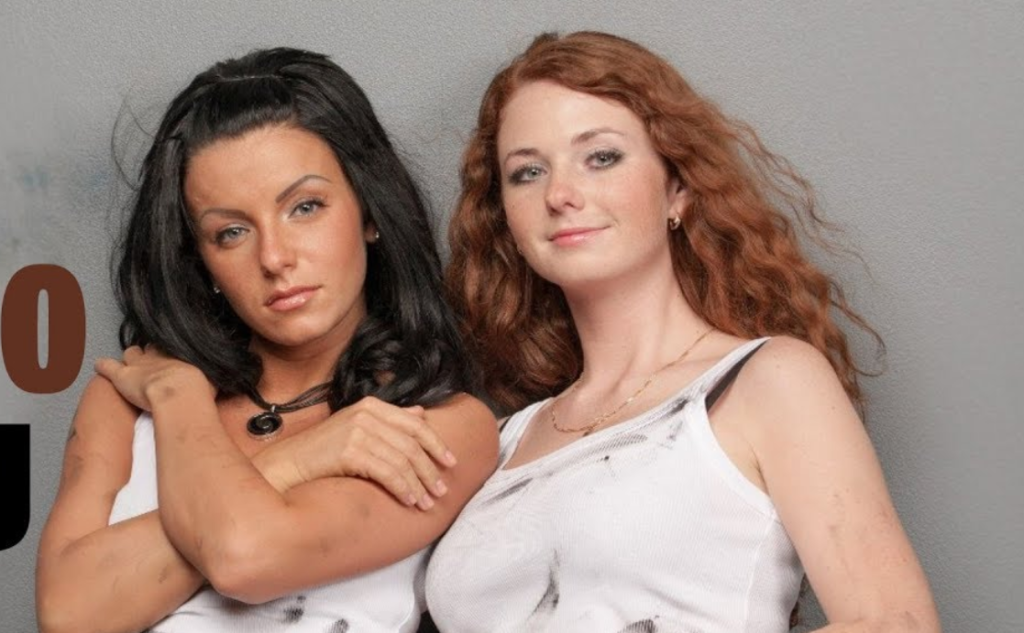 Tatu, the band formed by the duo Russian singer consisting of members Lena Katina and Julia Volkova. Initially, they were part of the children’s music group Neposedy that was managed by producer and director Ivan Shapovalov under the Russian record label Neformat. In 2001, they debuted with their first album ‘200 Po Vstrechnoy’ which became a commercial success in Eastern Europe.

Together the duo had given several hits including albums ‘Dangerous and Moving’ and ‘Lyudi Invalidity’. In March 2011, t.A.T.u. management released a press conference where they announced they’re disbanded due to conflicts between girls. After that, they began their own solo careers and were reunited to perform on special occasions only. Wanna know more about the musical duo then keep on scrolling.

Before forming the duo band Tatu, Lena Katina and Julia Volkova were in a children’s music group ‘Neposedy’. In 1999, the musical band t.A.T.u. formed by Ivan Shapovalov along with Alexander Voitinskiy. After approving ten girls, Lena and Volkova were chosen since they knew before the auditions and stood among others. And also for their appearance and vocal experiences, the management decided to start the band. In 2001, t.A.T.u. released their first album ‘200 Po Vstrechnoy’ on 21 May 2001 followed by their second single ‘Nas Ne Dogonyat’. In 2004, the music band and Ivan Shapovalov along with Neformat legally broke their contract.

The musical band management released a press conference at the end of March 2011 announcing the disbandment of the band. Also, it stated that the conflicts between girls and wanting a solo career led to over the band. After the splits, the duo began to focus on their solo careers both in music as well as acting.

After that, the ex-member came to reunite for issuing a special re-release of Tatu’s 200 km/h in the Wrong Lane in 2012. In the same year, they came together to appear as musical guests on the reality show ‘The Voice of Romania’. In 2013, there were rumors of their band to come back, however, it stated they are not reuniting. Katina posted a video message that she would not be working with Yulia anymore in 2014. In response to that, Volkova posted a video message saying no big reunion but having a Tatu joint projects.

Julia Volkova: Born on 20 February 1985, she is a Russian singer, recording artist, and actress. In 2011, she started her solo career singing with Gala Records. Her solo debut single ‘All Because of You’ released in 2011. Following that, she published her worldwide single ‘Didn’t Wanna Do It’ in August 2012. In 2016, she revealed that she almost lost her voice when she diagnosed with thyroid cancer in 2012. Her laryngeal was damaged while removing the tumor. She had a daughter Viktoria Pavlovna with her then-boyfriend Pavel Sidorov. Later she had married businessman Parviz Yasinov and had a son Samir in December 2007 in Moscow. But in 2010, she separated from her husband.

Lena Katina: Born on 4 October 1984, she better known as a Russian singer and songwriter. However, she started her solo career from the year 2009 which caused the musical duo to go into hiatus. Moreover, Katina released her first single ‘Never Forget’ in 2011 which reached #1 on the MTV Russia Top 10 and won MTV Russia fro best video. In 2014, she debuted album ‘This Is Who I AM’ came out following her Russian language second album ‘Mono’ in 2019.

Katina had married her boyfriend Slovenian musician Sash Kuzma after three years of dating. They together had welcomed their only child Aleksandr in May 2015. But the duo separated as od November 2019. She is a supporter of the LGBT community.

Other back members of the band had included:

The musical band has caused controversies for canceling concerts and tours between 2002 to 2004. In 2003, the band’s management got sued by one of their promoters for canceling the concerts claiming ‘unachievable and numerous obstacles’. Mainly their tour and concerts have been canceled because of poor sales and inadequate stage preparation.

The group throughout their career has gathered criticism, especially after the release of ‘All The Things She Said’. Also, the girls accused of being fake regardless of the impression of being lesbian due to the pregnancy reports of Julia right before their studio album. Though the girls already said in the past they were not together or in a relationship.