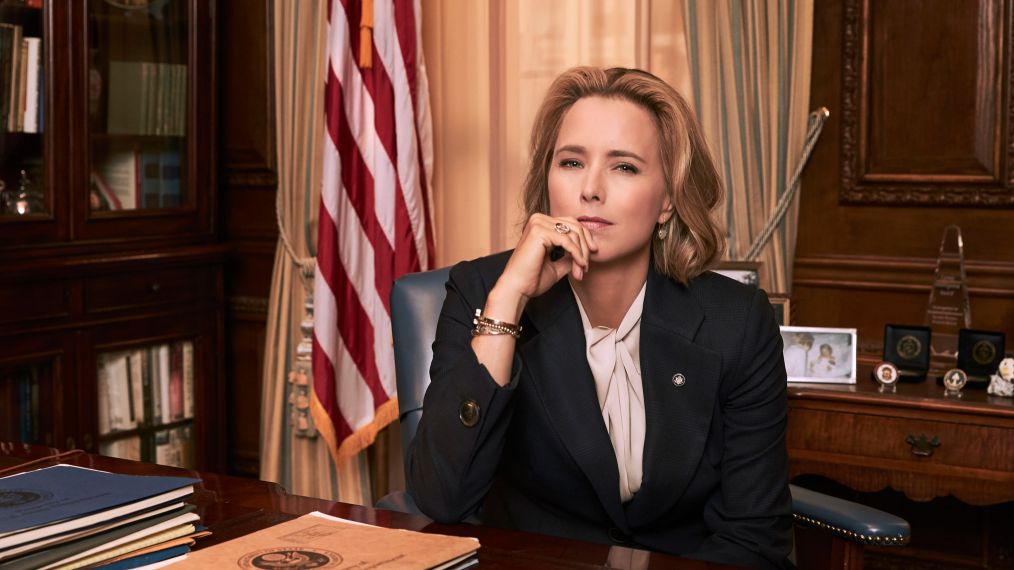 The Bad Boys famed actress Tea Leoni appeared as ‘Julie Mott’ along with the actor Will Smith and Martin Lawrence in 1995. In the same year, she has also joined the cast of ABC’s ‘The Naked Truth’ as ‘Nora Wilde’, a photographer. Besides, she is also an executive producer for the films ‘There’s No Fish Food in Heaven (1988)’ and ‘You Kill Me (2007)’.

Leoni had played lead female roles in the films like 2000 ‘The Family Man’, 2001 ‘Jurassic Park III’, and 2004 ‘Spanglish’ where Aimee Garcia appeared as narrator Christina. After that, she returned to television to play the leading role in the drama ‘Madam Secretary’ in 2014. In addition, in 1993, asteroid 8299 Téaleoni which was discovered by Eric Elst at La Silla has been named after her.

So proud to join @earthangelnyc as an official ambassador in their mission to lessen the footprint of the film & TV industry! #GreenSet #MadamSecretary pic.twitter.com/4NgfxjXSne

The renowned actress was born on 25 February 1966, in New York City, New York, the USA. She was born as Elizabeth Téa Pantaleoni to the parents Emily Ann and Anthony Pantaleoni. Her father was a corporate lawyer with the firm Fullbright & Jaworski. Leoni’s mother was a nutritionist/dietitian and niece of actor Hank Patterson. She grew up in Englewood, New Jersey, and New York along with her sibling Thomas Pantaleoni. She has a mixed ethnicity of Polish, Italian, German, Irish, English, Scottish, and Welsh.

Looking at her education, she attended Brearley School as well as The Putney School in Vermont. Then, she briefly attended Sarah Lawrence College and didn’t complete her studies.

The beautiful actress stepped in Hollywood by 1989 television series ‘Santa Barbara’ in the 6th episodes of it. Before that, she had chosen as one of the casts of an updated version of 1970 ‘Charlie’s Angels’, ‘Angels 88’. But the delayed of the show, it was canceled. Then she appeared as ‘Lisa DiNapoli’ in the daytime soap ‘Santa Barbara’. After that, in 1991, she debuted her first film with a minor comedy role in ‘Switch’ followed by ‘A League of Their Own’.

Thank you so much for your incredible support! Woohoo, here we go! See you in the Fall, xoxtéa#MadamSecretary pic.twitter.com/2ilJbIJFr7

From 1992 to 1993, Leoni starred as ‘Alicia’, in 22 episodes of American sitcom ‘Flying Blind’ along with Corey Parker. She appeared in 55 episodes of series ‘The Naked Truth’ as ‘Nora Wilde’. Additionally, she also featured as a guest role in the drama like ‘Fraiser’ and ‘The X-Files’.

The actress has a very successful career but unlike her career, she does not have a stable married life. She had married twice and divorced twice as well. Leoni first married to Neil Joseph Tardio Jr. who is a television commercial producer. The ex-couple married on 8 June 1991 at St. Luke’s Episcopal Church in Hope. But after four years of their marriage, their relationship didn’t go along so they decided to separate. Therefore, in 1995, they finalized their divorce and walked their path.

After eight weeks of their affair, on 13 May 1997, she re-married to actor David Duchovny. From their marriage, they had two children; daughter Madelaine West Duchovny and son Kyd Miller Duchovny. However, their lovey-dovey relationship also didn’t go well and started to live separately for several months during 2008. Further, their separation brought the speculation of due to David’s publicized sex addiction. But after that, the couple reconciled and started to live together.

Please go see @maddiecorman’s show, @ABravePlay, at the Daryl Roth Theater #DR2 in NYC. She is so generous and beautiful. Get your tickets here: https://t.co/ZUctqy9uFu #AccidentallyBrave pic.twitter.com/gYtPiKq4Hc

According to sources, in 2011, they again split but in 2012, it was confirmed that they were still married and living separately. Later, Duchovny filed divorced in 2014 then they separated officially this time with an agreed settlement in August. Currently, she is in a relationship with her co-actor Tim Daly from the series ‘Madam Secretary’ since the year of her divorce.

The actress is a renowned name in the industry who took off her career on both television and series. Furthermore, she has made a huge income from her acting career. As of now, her net worth has an estimation of around $20 million.

Leoni does not seem much active on different social networking sites like Instagram and Facebook. But she has a fan page on these platforms. Further, she has verified and personal account on Twitter. She goes by the handle @TeaLeoni with 95k followers.

The beautiful actress has a tall and slim body type having a measurement of 34-26-34 inches. She has a height of 5 feet 8 inches or 1.72 meters and weighs 55 kg. She has attractive blue eyes and dyed blonde hair color.