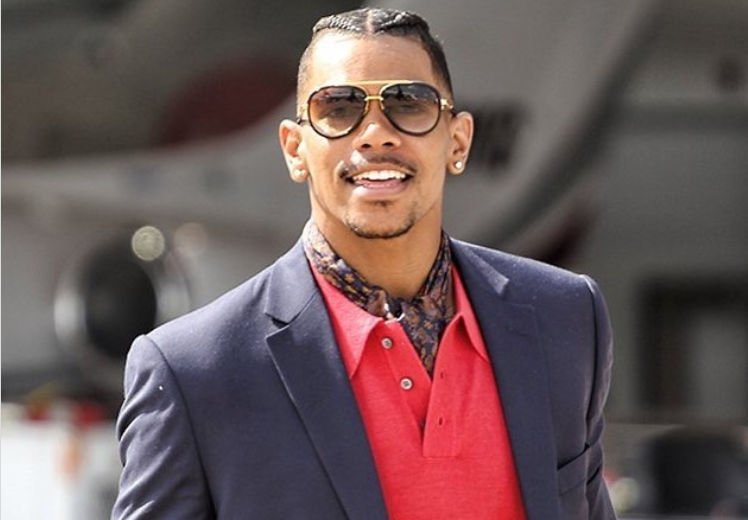 Terrelle Pryor is an American football wide receiver who initially played as a quarterback in the NFL. Currently, the wide receiver is a free agent and placed on injured reserve with Jacksonville Jaguars from where he released after days later. He has signed with the team on 30 May 2019 and released in early September 2019. Further, he has played with several teams including New York Jets, Buffalo Bills, and Cincinnati Bengals.

Moreover, he was considered as the top recruited high school football as well as basketball athlete in Southern Pennsylvania. In 2008, Rivals.com had named him ‘Junior of the Year’. However, he later chose football and begin his NFL career with Oakland Raiders in the third round of the 2011 MFL Supplements Draft. The player has made headlines for his relationship and college career too. Wanna know then keep on scrolling. 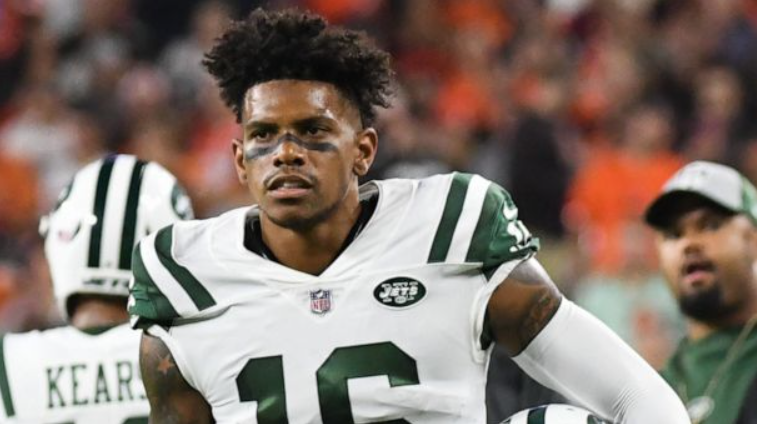 The quarterback football player was born on 20 June 1989 in Jeannette, Pennsylvania, the US. He is the son of Craig and Toni Pryor whose other details are not available in the media. he grew up with his two siblings: two brothers, Maliek Pryor and Tyrone Baughman. Additionally, he holds an American nationality and belongs to a mixed race.

Since his high school days, he involved in sports, especially football, and basketball. As a basketball player, he recruited ranking player when he led the Jeannette Jayhawks to win their first WPIAL championship in over 20 years. As a senior, he led to won the Pennsylvania PIAA state basketball championship. In 2008, he received a title as fourth-team Parade All-American. Side by, he also quarterbacked the Jayhawks and also became the first player in Pennsylvania history to run for 4,000 yards and also throw for 4,000 yards.

After a successful high school career,  the ESPNU 150 ranked him number 4 as well as number one quarterback. Further, Pryor widely considered as one of the top football recruits in the Class of 2008. For his great performance, he had acquired numerous scholarships eventually, he announced to attend Ohio State University in 2008. And then he played for the Ohio State Buckeyes from 2008 to 2010.

However, his college career came to halt because of several suspensions and accusations for which he had to withdraw from the college. Then he was drafted by the Oakland Raiders in the third round of the 2011 NFL Supplemental Draft. In April 2014, he was traded to the Seattle Seahawks for a seventh-round pick and signed a one-year contract with Kansas City Chiefs after a year in 2015.

From the Kansas City Chiefs, he was released three months later in May 2015, after which he signed Cincinnati Bengals. The day after being released by the Bengals, he announced through his agents that he open for switching position to wide receiver. After playing with Cleveland Browns, he signed a one-year contract with the Washington Redskins with a signing amount of $8 million. In 2017, he placed on injured reserve after opting to have surgery on his ankle. Before joining Jacksonville Jaguars in 2019, he had played with New York Jets and Buffalo Bills.

Coming over to his personal life, he currently has been maintaining his private life away from the media. The quarterbacks not married yet but his current relationship is not confirmed as of now, especially after the incident in 2019. He had some legal issues with his girlfriend Shalaya Briston. When she stabbed him and arrested her on suspicion of attempting homicide and aggravated assault in their Pittsburgh apartment early Saturday morning, according to reports in 2019. Pryor later hospitalized after the incident and charged with a simple assault charge.

Furthermore, the reports also stated that the fight began between the duo when they went out for dinner and drinks with some friends. After that, Briston left the club whereas Pryor went home and waited angrily in the hallway. One of the witnesses who was Briston’s friend said that the player knocked her to the ground and dragged her to the kitchen. Next, the witness to they saw Pryor holding his chest and bleeding. However, it was not the first time, he made a headline for his relationship.

Previously, he was confused to date a West Virginia BAsketball player Chaina Ray as well as girlfriend Heaven Lei Bobo same time. However, sources claim that his longtime girlfriend Heaven found him cheating with Chaina during 2018. Further, he has welcomed Terrelle Junior (Terrelle Stephen Pryor II) with his girlfriend Heaven. 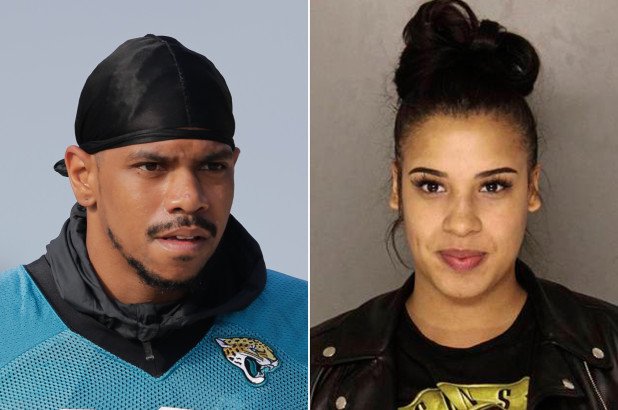 He has a net worth estimated at around $8 million from his professional career. Further, he signed a 1 year, $930,000 contract with the Jacksonville Jaguars with an average annual salary of $930,000. According to reports, he has earned around $15 million during his 8 seasons career in the NFL. Further, he seems to have a few sporty and luxury cars collection including Mercedes Benz Pick Up truck and Mercedes-Benz E-Class.

He has a personal and verified Instagram account @terrellepryor with 271k followers. On Twitter, he goes by the handle @TerrellePryor with 146.4k followers. It seems that he does not have any accounts on Facebook under his name.

The football player has a strong and fit body that stands to a perfect height of 6 feet 6 inches or 1.98 meters. His body weighs 104 kg with unknown details of his body measurements like chest and biceps. He has brown eyes color with black hair color. Additionally, he has inked heavily most parts of his body part, especially the upper half of his body.