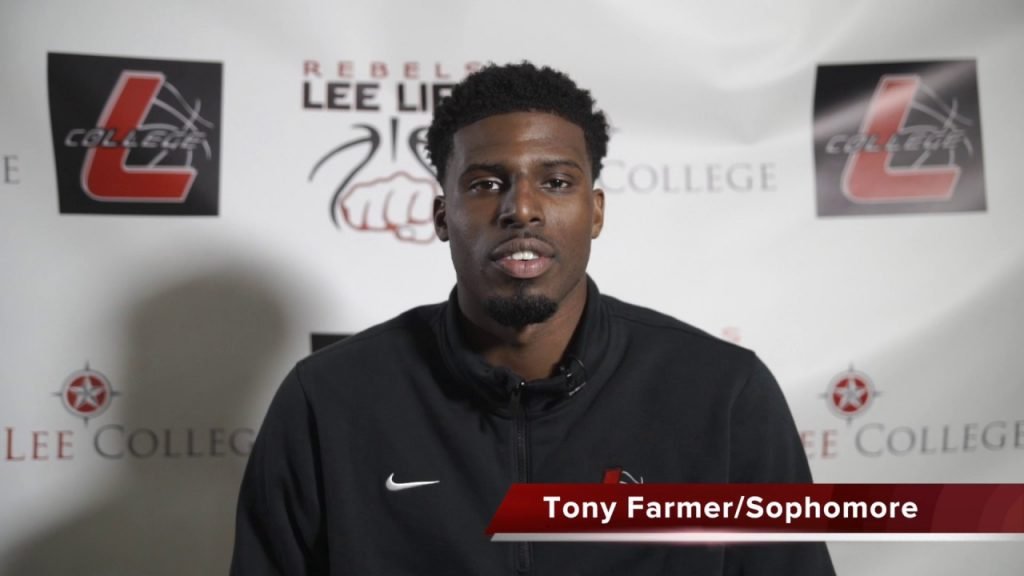 Tony Farmer is a well-built basketball player who made headlines for all the wrong reasons when he made a stupid mistake. This one action of his clouded his future and his chances. He did have a good career, to begin with, he certainly is a kid with all the skills needed for the game. However, by the looks of it, he had that initial success get to his head. This went on to develop his ego rather than his commitment to the sport.

Looking at the story of Tony Farmer, it can be a lesson for many to keep one’s feet on the ground. This has also been a reminder that one wrong move or a silly mistake can easily alter the course of your life. For Tony, the mistake proved to have a huge career threatening consequence. Let us now get to know more about Tony and his mistakes.

Tony Farmer was born on 24th March in the year 1994 in the United States of America.  He was a gifted and a skilled basketball player from a very young age. Farmer was a forward for his small school basketball team and he had the skills and build to take him forward in the game. He also had that height advantage which gave him a range and a reach which many players envied.

For Tony, it looked like the only direction was forward as he led his team to Division 1 Ohio State Playoffs semi-finals. He alone won his team an average of 20 points per game. Farmer was among top 100 high schools players in the country and was just 18 at the time. He was even being chased by a long list of Division 1 schools as the boy had largely untapped potential.

Everything seemed to be going too well for Tony Farmer but later reality struck. One day, for reasons unknown, he let loose on a young lady he seemed to be dating at the time. Cameras caught him brutally beating up his then-girlfriend. Later after realizing the trouble he had put himself in, Tony choose to threaten the poor girl’s life.

This whole event was caught on camera and it experienced coverage from various outlets across the nation. Many felt like Tony was deserving of extreme punishment but many of his fans, including his girlfriend, did not. The case went on trial and many of his followers and teachers came to support and defend the basketball star. Even his girlfriend went on to defend him and told the court that he was and still a good man.

Unfortunately for Tony and his fans, testimonies could not sway the case. Many felt like the judge was harsh but there were others who thought of the judge trying to make an example of Farmer. In August of 2012, Tony Farmer was punished by the court to serve 3 years in prison. It was not just assaulted he was found guilty of but also kidnapping and robbery. Farmer after being sentenced, fell to the floor as he realized the situation that had dawned on him.

The story of Tony Farmer went as quickly as it came. The raw talent that had the potential to do it all and the fame at an early age became the reason for his own downfall. At the time, Farmer put his head down and tried to escape from further controversies. During his time at the prison, he did not fall into the stereotype of black males and after having done his 3 years, he was a free man in June 2015.

After serving time at the prison, Farmer went to play for Lincoln University, a Division II junior college. However, the University denied admission to a former convict and it was Lee College’s Runnin’ Rebels who were able to sign the former star. Tony was hungry to make a name for himself again and took the opportunity by the throat. There he joined the likes of Andre Edwards, Malik Anderson, and Andre Pierce. He had amazing 2 seasons with the team averaging over 17 points per game. At the end of the season, he went on to submit his name for 2017 NBA draft but sadly was not taken into considerations.

As of 2018, Farmer seems to be a completely changed person. He has been using his story to encourage, inspire and guide people who have gone the same lane as he did. Looking at his life, you can sense that it is a true story of rehabilitation. He had a brief period where things went wrong but more importantly, he kept going. Farmer came back as a better person and now has a new start to life.