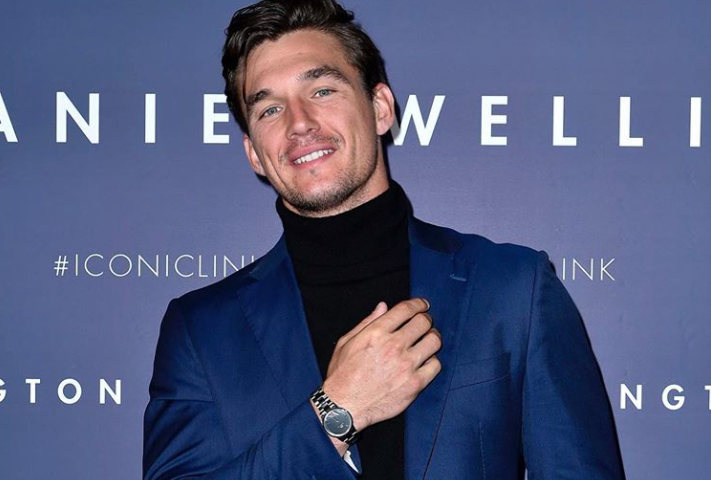 The Bachelorette fame contestant Tyler Cameron came to highlight after appearing in the show. He participated in the 15th season of the show starring Hannah Brown along with Peter Weber and winner Jed Wyatt. He ended up being a runner-up in the show and announced to appear in the 24th season of ‘The Bachelor’. But the cast ultimately went to chose Peter Weber.

Besides being a contestant of ‘The Bachelorette’, he is a model and also works as a general contractor. He currently signed under the Soul Artist Management as well as Next Management Miami. Did he hook up in any relationship after the closure? or what’s his relationship with Hannah Brown? Let us scroll below to find out these questions.

This is what a failed football career looks like… . . . Another shot from the fall edition of the @robbreport by the most amazing @nataliekogan

Cameron was born on 31 January 1993 in Jupiter, Florida, the United States of America. He was born as the son to parents Jeff Cameron and Andrea Hermann Cameron as the eldest son to three. His mother worked as a realtor in South Florida. His parents divorced after the family suffered economically which caused them to lose their house.

For his education, he attended Wake Forest University after completing his high school. Before joining the model industry, he has determined to become an athlete. Unfortunately, he lost his dream career after a shoulder injury and also signed as an undrafted free agent by Baltimore Ravens. During his time at Wake Forest University, he played as the backup quarterback for the Wake Forest Demon Deacons football team. In 2018, he graduated with a Master’s degree in Business Administration from the Florida Atlantic University College of Business.

He had started his modeling career fro his university days when he discovered through Instagram. Then he signed Soul Artist Management, New York, then Next Management Miami. Following that, he went on to appear in the fifteenth season of ‘The Bachelorette’. He ended as runner-up in the finale episode eliminated by Hannah Brown. After that, he was announced to appear in the upcoming season of ‘The Bachelor’. Later the cast went on to Peter Weber as the lead for the twenty-fourth season.

So @bravoandy, what do you think of doing the real husbands of the LES? But also swipe to see the newest hair trend for fall 2019 #FashionForward

On the reunion episode aired on the same night of finale season, Brown announced her break up with Jed Wyatt. After the rumors of his relationship with another woman. During the episode, Brown asked him on a date but didn’t end up together, and broke up in May 2019. Then he spotted with supermodel Gigi Hadid as of July 2019 and seen start to follow each other on Instagram.

After several weeks, he and Gigi found together in New York City then vacationing in Lake George. It fueled the romantic relationship between their fans. But at the end of October, the duo split confirmed by the reliable sources. It is speculated that he has begun dating Hanna after reconnecting in March 2020. The duo decided to do quarantine together with a group of friends in Florida. However, Camron has not confirmed by himself that they are together back. 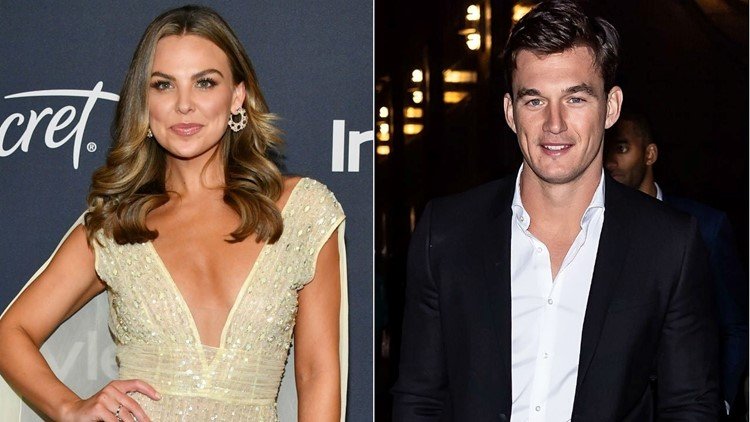 The reality star surely is earning a considerable amount from his works and investments. Though he has not discussed his earning publicly, he must be collecting enough amount to live a lavishing lifestyle. The main source of income of Tyler comes from posing and promoting the brands and products. Therefore, according to sources, his net worth has an estimation of around $500 thousand.

Check out the Real Life Diet article @gq wrote that’s in my story! We talk marathon training, my diet (cookies), life in NYC, and how I’m essentially Lebron’s 6’3 clone on the basketball court. . . 📸: @davidwilliamsphoto

The handsome model has a slim and athletic body that stands to a height of 6 feet 2 inches or 1.87 meters. His perfect body weighs around 82 kg with 40-30-35 inches of the chest-waist-hips respectively. He has hazel-green eyes color with light brown hair color.