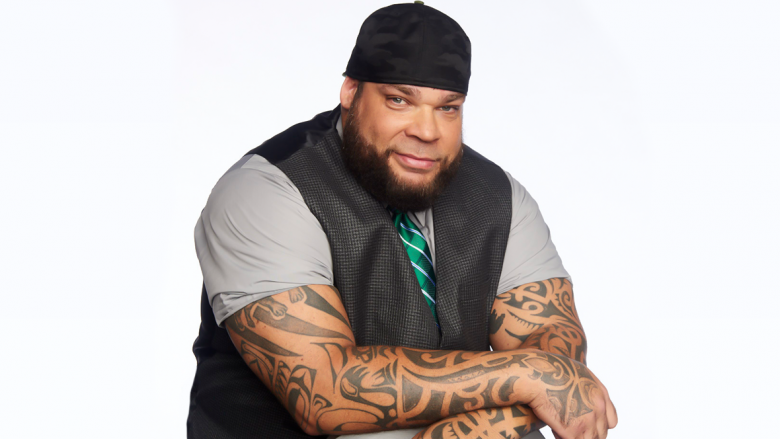 Tyrus is the ring name of George Murdoch who is an American actor, cable television political commentator, and professional wrestler. Furthermore, he is also known as the name ‘Brodus Clay’, ‘The Super Sexy Suplex Machine’, ‘The Funkasarus’, and ‘The Mastodon of Mayhem’.

Tyrus is also a permanent guest on Greg Gutfeld show ‘The Greg Gutfeld Show’.  In addition, he is also a former bodyguard of Snoop Dogg and his name ‘Brodus Clay’ which is named after the real name of Snoop Dogg, ‘Calvin Broadus’. Let us scroll down to know more about the former wrestler. And also know what he is up to now? 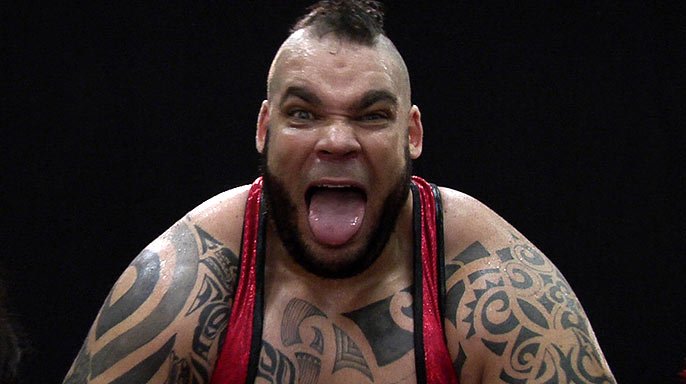 Looking at his education, in 1990, he attended the Quartz Hill High School in Los Angeles County, California. After that, in 1992, he joined the Antelope Valley College. Later he attended the University of Nebraska at Keaney in 1995 and studied to become a teacher. From an early age, he has developed an interest in sports, especially football. Further, he played football before becoming a professional wrestler.

He started his career as a professional wrestler in September 2006. After signing a contract with WWE and assigned to Deep South Wrestling (DSW), a WWE developmental territory. Tyrus began his career with the ring name G-Rilla and in his first match for promotion which held in 7th September, he has defeated Big Bully Douglas in a dark match.

On 4 February 2008, he has released from his contract with WWE an return to FCW in January 2010, after re-signing a contract with WWE. And once again formed an alliance with The Uso Brothers, Tamina, and Donny Marlow and went on to defeat both Jacob Novak and Ruy Parker before changing his ring name to Brodus Clay. Tyrus made his in-ring debut on WWE NXT on 14 December 2010 and teamed with DiBiase to defeat Byron Saxon and his mentor Chris Masters.

My favorite man to hate in the ring @heathslater_xxii defiantly need to dance one more time in the ring with patch of lawn BECAUSE IM THE LAWN MOWER!!!!!!#nuffsaid

Clay appeared on the 4 August 2011 episode of Superstars after the absence of three month due to filming the horror film ‘No One Lives’. Clay made his television return in 2012 episode of Raw with the nickname ‘The Funkasaurus’ as a fun loving and fun dancing gimmick. Also, he started to use Ernest Miller’s theme song ‘Somebody call my momma’. Furthermore, WWE released Murdoch on 12 June 2014.

After that, in September 2014, Murdoch started his debut in Total Nonstop Action Wrestling (TNA) under the name Tyrus. He had his first match against Shark Boy on 15 October on the episode of Impact Wrestling and won the match. After playing several matches, on 18 April 2018, Tyrus left the Impact and confirmed his departure from the company.

Till I clasp I’ll spill out all I am want change bad enough.. drop bad habits like scream does hiccup… end it quick n clean…. #nuffsaid

In 2012, he entered the entertainment industry and debuted with the film ‘No One Lives’ as ‘Ethan’. Then he appeared in the recurring role and guest role in television shows since 2013. He has been featured in the shows like ‘Total Divs (2013)’, ‘Outnumbered(2016)’, ‘Fox News Specialist (2017)’, ‘Glow(2017)’, and ‘The Five (2018). Additionally, Tyrus cohosts the weekly Fox News Radio podcast ‘Tyrus and Timpf’ along with the Katherine Timpf.

Coming over to his personal life, he is currently single and focusing on his work. Therefore, he also seems a bit of secretive. As he has not shared much information on his love and personal life as well. Many people assume him to be in a relationship but Tyrus himself has not confirmed about it.

He is one of the television personalities who stays away from the controversies and rumors.

#Repost @thefivefnc with @get_repost ・・・ Check out this crew! #EmilyCompagno & @tyrussmash joined #TheFive at the table tonight!🤠

Talking about his net worth, he has earned a huge income from his career. He had made a good income from his past career wrestling. And also from his television and movies career. Additionally, Mudorch has been co-hosting the podcast of weekly Fox News Radio Podcast. Therefore, his net worth has an estimation of around $2 million. But his salary has not been disclosed on the media.

Hey y’all …. @greggutfeldshow show repair is coming up better saddle up and get your cow punching Partos dog lovein asses on the couch !!!! #nuffsaid

The former wrestler has an athletic body build with a tall height of 6 feet 7 inches or  2.042 meters. His body weight weighs to 170 kg. There is no further information on his body measurements. He has black hair color and dark brown eyes.