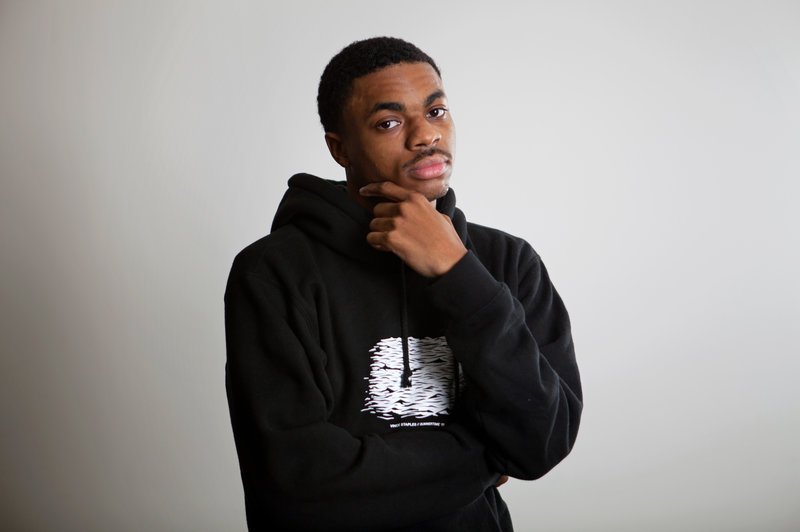 Vince Staples is an American rapper and a songwriter who is famous for being part of the hip hop trio, “Cutthroat Boyz”. Staples is best known for his albums Big Fish Theory and Summertime. For such a young personality, Vince has not taken long to establish himself in the music industry. He still has a long road ahead of him and at this current rate, Staples is heading to be one of the best in the industry.

Unlike most rappers, Vince is not about being flashy, he is here to bring a revolution with his music. People often refer to him as the “anti-rapper” of this age, but if you look at the work he is doing, he is far from what people call him and is better than most. Let us now get to know a bit more about him, shall we?

Vince Jamal Staples was born on the 2nd of July, 1993, in Compton, California. He did not have the easiest of starts to life. Growing up, he was part of a large and poor family. Vince grew up alongside 5 siblings and was the youngest of them all. Sadly, one of his sisters passed away in recent years and the family has had to deal with all sort of tragedies. His family, for the most part, were all involved in gangsterism in a way or the other. When his parents got divorced, his father got sent to jail for a crime that he committed.

Vinces’ mom, however, wanted to give her children a better life. Seeking that, they all relocated to North Long Beach, California. It was there that Vince went to study in the first grade. Moreover, he has gone on to attend many different high schools as schools would often kick him out for various troubles. Whilst studying at the Mayfair High School, he was framed for stealing a phone. Despite all the trouble that he getting himself into, Vince was extremely smart as a kid. He had a passion for politics, writing and, current world affairs. He was also an amazing basketball player but his aspirations to join a college was not successful.

Vince began his journey into music in 2010 when he became friends with Dijon Samo. The two then met with the members of the “Odd Future” later that same year. The group let Staples feature his voice on some of their tracks. However, the group split up but this gave birth to a new friendship between Vince and Earl. Staples later met the veteran manager Corey Smyth who wanted him to take music seriously. Thanks to Smyth, he was even able to get a recording deal with Def Jam.

Next, Staples reconnected with his mate Earn who made him see Mac Miller. Then the two began using Miller’s work on their mixtape, “Stolen Youth”. This then was exactly the breakthrough that Vince had been waiting for. Later in 2014, he released his first EP “Hell Can Wait”with the same recording studio. Ever since, he has been rising in the American music industry. Moreover, Vince has gone on to feature with the likes on A$AP Rocky. To add to the tally, his track BagBak was used for the trailer of the Marvel Studios, “Black Panther.”

Now looking into the personal life of this famous rapper, he has gone on to date a lot of women. On an interview with the online magazine, Noisey, he revealed that he has been with 8 women in total. Moreover, the interview was on February of 2016, so it is pretty sure that Vince has dated a lot more women as of 2019.

He was once in a relationship with his friend from middle school. The two even lived together in his house in Orange County. However, sadly for Vince, when he returned from a tour in 2015, she had taken all her stuff and left him a goodbye note. Apart from his love life, Vince also contributes to society with many different charity programmes. He gave a significant amount of money to the Long Beach YMCA Program to teach young kids the required skills to succeed in the entertainment industry.

For such a young artist, Vince has been able to establish himself in the industry as one of the most promising rappers in recent years. Looking at the background that he came from, Vince has done tremendously well to get to where he is today. Moreover, unlike many rappers, he is never about showing off with gold chains and cars. Despite having all the money that he could have ever imagined, Vince still remains humble and thankful. According to reports, the young rapper has a net worth of $4 million and the figures are sure to grow in the years to come.

Staples is also pretty active on social media platforms. He likes to share some aspects of his life with his fans and is extremely popular. You can also go follow him on Instagram where he goes by the handle @vincestaples and has over 705k followers.