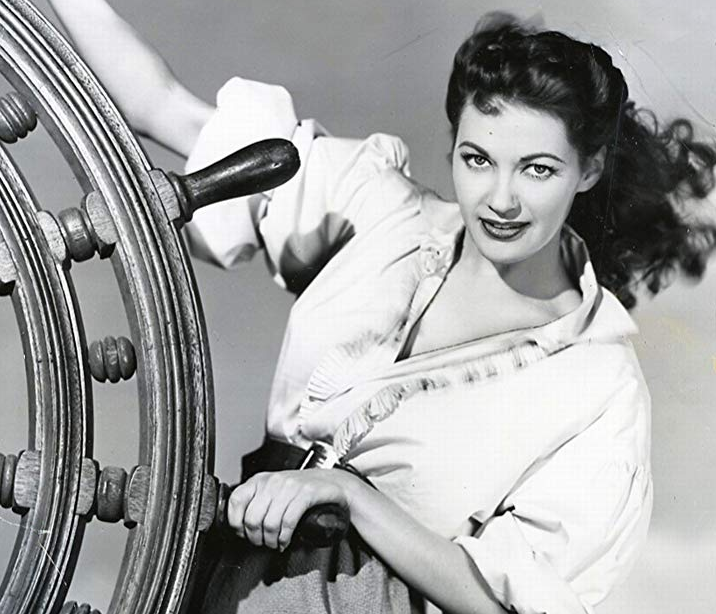 A brunette girl, Yvonne De Carlo with a blue-grey eye was an internationally popular actress in 1940s and 1950s. Further, the popular actress was equally active in her singing and dancing career as well. Before starting her career in acting, she initially worked as a nightclub dancer. As a singer, her songs include 1950 ‘I love a Man’/ ‘Say Goodbye’ and album ‘Yvonne De Carlo Sings’.

However, the veteran performer died from heart failure on 8 January 2007 in Woodland Hills. But before that, she has achieved a lot in a very short period. Let us scroll down to know her achievement, Career, relationships, and net worth before her demise. 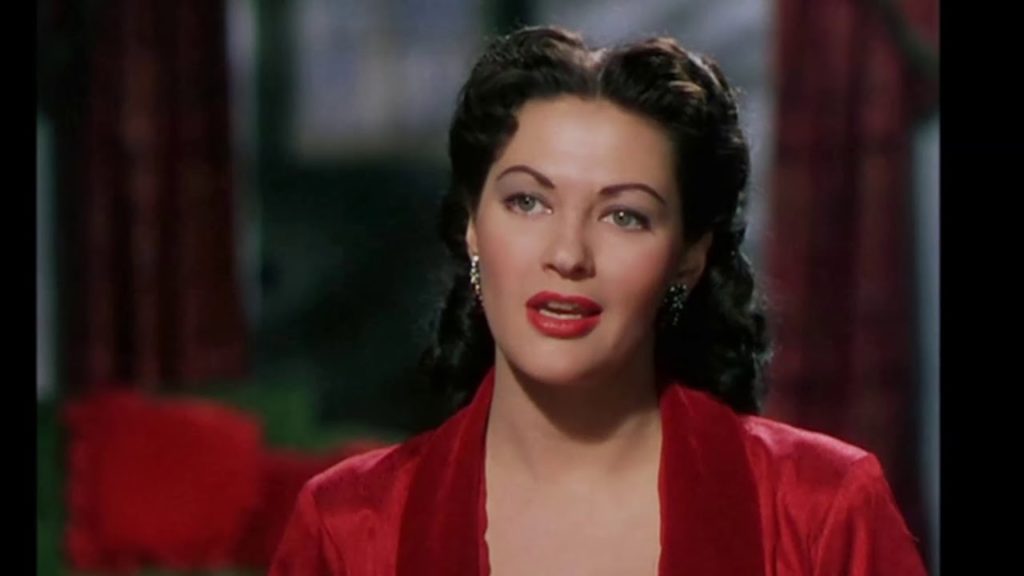 The beautiful legendary actor was born as Margaret Yvonne Middleton on 1 September 1922 in Vancouver, British Columbia, Canada. Her mother had nicknamed Carlo as ‘Peggy’ after the silent film star ‘Baby Peggy’. She was born as the daughter of Marie De Carlo and William Shelto Middleton. Her father was a salesman from New Zealand. While she was three, her father fled Canada due to various swindles and since then there was no news of her father.

Thereafter, she and her mother moved from grandparents home and lived in an apartment in Vancouver. Her mother worked in a shop for financial support. Regarding her education, she attended Lord Roberts Elementary School. Her mother wanted to her make in the show business to achieve that she first made sure to have a good background in singing and dancing. As a result, she enrolled Peggy in June Roper School of dance and also joined a choir of St. Paul’s Anglican Church in Vancouver.

In the beginning, she wanted to make her career in writing. At the age of seven, she entered the contest run by ‘The Vancouver Sun’ where she won five dollars for the poem ‘A Little Boy’. Also, she wrote the plays and even adopted Charles Dicken’s A Christmas Carol’ for a neighborhood stage play. In 1940, she participated in Miss Venice beauty contest and won second place, following that fifth place in Miss California. After being noticed in Miss Venice beauty pageant, she got called for auditions. She started her with the musical stage performance which she never left throughout her career.

Her first screen role was an uncredited role of a bathing beauty in a Columbia Pictures B film ‘Harvard, Here I Come’ in 1941. In 1942, she began to work for Paramount Pictures and performed a small part in ‘Luck Jordan’. With the production house, she has worked in unbilled roles in ‘Here Comes the Waves’ and ‘Bring the Girls’, amongst others. 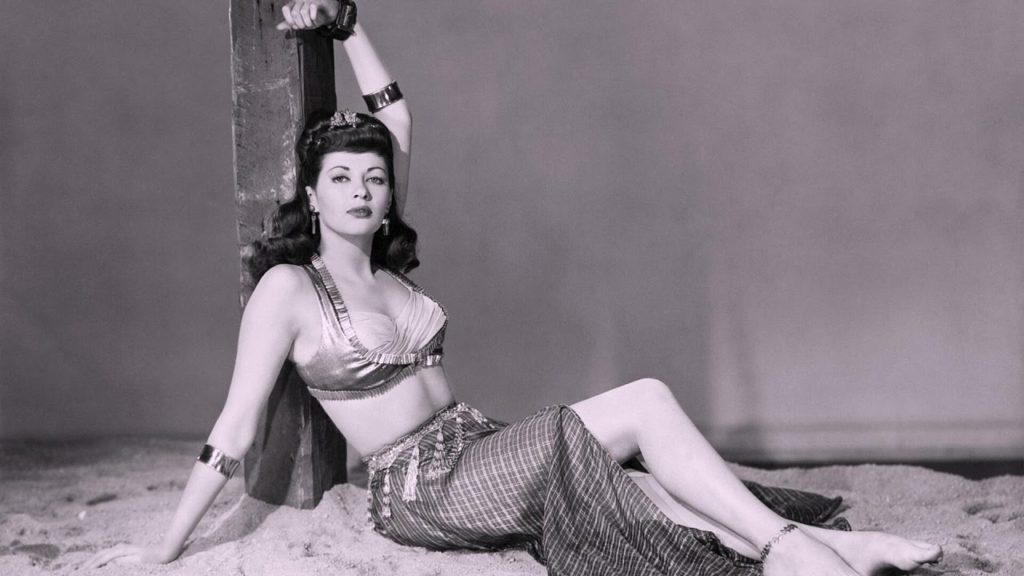 Caption: movie scene of Yvonne De Carlo from ‘Save Girl’ in 1947.
Source: Youtube

Later, she screen-tested for Universal for the exotic glamour girl for he technicolor film ‘Salome, Where She Danced’. Then she signed a long-term contract with the production. In 1954, she got the role of ‘Sephora’ in epic movie ‘The Ten Commandments’ directed by Cecil B. DeMille. The movie was premiered in November 1956 which is the sixth-highest-grossing film of all time in Canada and the US.

In 1964-1966, she joined the cast of ‘The Munsters’ as ‘Lily Munster’, female lead role opposite to actor Fred Gwynne. After that, she went on to appear in an episode of ‘The Girl from UNCLE’ and ‘The Raiders’. Thereafter, she had appeared in many series and films including ‘The Delta Factor’, ‘The Seven Minutes’, ‘American Gothic’, ‘Mirror Mirror’. She also appeared in the Sylvester Stallone comedy ‘Oscar’ in the character of his aunt Rosa. Her last performance was a Norma in the 1995 television film ‘The Barefoot Executive’.

Coming to her personal life, she was once married to stuntman Robert Drew Morgan. They had married on 21 November 1955 at St. Stephen’s Episcopal Church in Reno, Nevada and became the mother of one step-daughter Bari Lee. Together they had welcomed two sons; Bruce Ross and Michael.

Before her marriage to Robert, she has been linked with quite a few numbers of popular guys. She announced her engagement with actor Howard Duff in 1947 but never married. Later she was engaged to other three men- Scottish actor Richard Urquhart, English photographer Cornel Lucas, and Stuntman Jock Mahoney. She became pregnant while she was in a relationship with Mahoney. Later she was diagnosed by the large ovarian cyst. After removing the tumor surgically, she also lost her baby. After that, she caught Mahoney having a relationship with actress Margaret Field, as a result, she became estranged with the stuntman.

On 8 January 2007, she left the world due to heart failure. Before that, she had a minor stroke in 1998, from which she became a resident of the Motion Picture & Television Country House and Hospital in Woodland. There she has spent her last years before her demise.

Before her demise in 2007, she had a successful career but she was less seen from the year 1995. While she was working, she had earned a considerably good income. Her net worth had an estimation of around $2 million. But her exact earning is not available in the media. Further, in 1950, she had bought an eleven-room ranch house on five and a half acres land on Coldwater Canyon Drive in Studio City, Los Angeles. However, she sold her dream home property in 1975 and moved to a ranch in Santa Ynez Valley in 1981.

The internationally popular actress was not blessed with talents but good looks and charm as well. She had a body measurement of 36-25-34 inches and a height of 5 feet 4 inches or 1.625 meters. Further, she had a blue-grey pair of eyes and brown-metallic hair color.