Alexander Otaola is a Cuban-American actor, political activist, and social media influencer. This star came into prominence for hosting the web show called Hola Ota-Ola!. The show debuted on the Cuban broadcast network Cubanos por el Mundo on different digital platforms with the same name. Additionally, he created a YouTube channel under the title “Cubanos por el Mundo – Live” on 28 December 2013 having 216k subscribers and more than 89 million views.

The show features informative and satirical events covering entertainment, news, and politics as well as in Cuba and the Cuban exile community. He has been in several controversies as well. In which he was accused of sexual abuse of a minor in Cuba where he denies all the allegations. Wanna know more information about him then keep on scrolling. 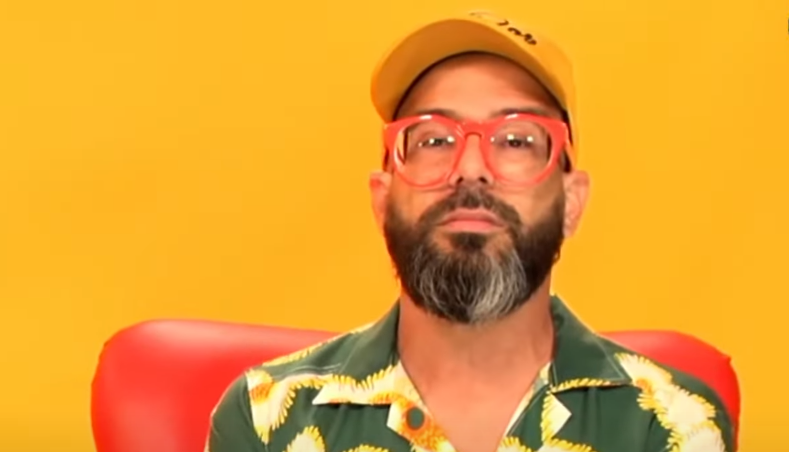 The multi-talented personality was born on 28 April 1979 as Alexander Otaola Casal under the zodiac sign, Taurus. He was born as the son of his supportive and caring parents in Camagüey, Cuba. But he has not provided information on his parents or siblings.

Regarding his education, he attended a secondary school, a special athletic school in Cuba known as ESPA. There he had trained in water polo, horse riding, chess, and ended up in gymnastics and musical aerobics. In addition to the context, he once said that he was raised in an environment with a culture having a strong sense of masculinity.

Apart from that, he emigrated to the US on 3 December 2003 on a Visa. After that, he settled in Miami and worked as a waiter, cashier at Walmart, and baker. He later in 2008 featured on television working in many comedy shows. He gained notice portraying the character of Carlos Recto in the MEGA TV show Esta Noche Tu Night hosted by Alexis Valdés and worked until 2015 after his suspension from the show.

In 2017, he launched his own show  Hola Ota-Ola! gaining huge followers in both Cuban and the United States. He has been a political activist and also an advocate for LGBTQ rights. Further, Otaola’s advocacy boycotted certain Cuban artists and also canceled certain artists’ programs in Miami. Moreover, he joined the BlackTuesday campaign on Instagram in support of black victims of police violence during the  George Floyd protests.

Talking about his personal life, he is possibly single at the moment or might have been in a secretive relationship. Well, he has not provided information on his dating history. However, he is focusing on his career development rather than being in a romantic relationship.

In his leisure time, he loves listening to music, reading books, dancing, going to the gym, doing yoga, and Horse Riding. Also, he likes traveling to discover new places and spending quality time with his family.

He has been accumulating a handsome sum of money apart from his multiple careers. His career identifies himself in different fields as an actor, author, producer, and activist.

Furthermore, he has an estimated net worth of above $1 million as of May 2022. In Addition, he also makes a profitable income selling clothes, masks, and Bangless, cute printed cups through his own brand. Moreover, he has launched his own personal business of boy’s and girl’s accessories named Otalola Style.

He has a slim and healthy body that has unknown body measurements of chest or waist respectively. His body stands to a height of 6 feet or 1.82 meters with an average body weight. He has black eyes color as well as the same hair color.