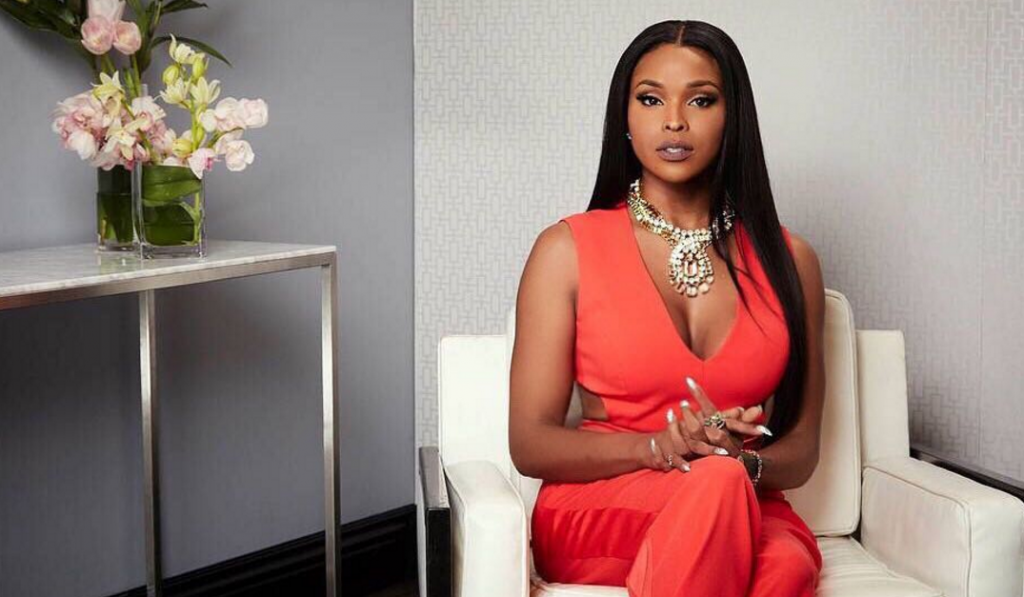 Amiyah Scott is a transgender woman, born as Arthur Scott on January 11, 1988, in Manhattan New York City and raised in New Orleans Lousiana which obviously makes her nationality as an American. Scott is popular for her outstanding performance on the reality show “the real housewives of Atlanta”. After that show, she got an important role on musical drama series “Star” which made appearances on Fox.

Happy Father’s Day Daddy 💪🏽❤️ What makes you an awesome Dad, besides all that you’ve done for me and Mom is your willing to learn and grow. Two Capricorn, you & I, very strong minded, just alike actually… I’m not gonna front like it was always perfect… We had some issues to work through, but that’s okay because we DID! I was the 3rd (III) your only, and though I’m sure it was difficult to lose the kid you wanted, you grew to know and love the person that I actually was… the woman that I actually am. You loved me enough to educate yourself on things you didn’t understand and it takes a real man to apologize and take accountability for maybe not handling things the best way initially. You’re my hero, still, where I get my mind & my strength from. (And my eyes 😉) You’ve taught me that regardless of what, we are a family and it’s ALWAYS FAMILY 1st and as you requested, here’s a picture with ALL of your daughters, Including me, the baby, your princess as you call me, ain’t God good?! 😢❤️ I love you Dad!!

At a very young age, Amiyah realized that she’s a female soul trapped inside a male body and expressed her heart out to her parents about how anxious she’s been feeling. She did her transgender surgery at the age of 15 without her parent’s blessings and at 17 was fully a woman. She found it really hard to face her parents without having their acceptance, so Amiyah moved out of her parent’s home to get an independent life. Avoiding all the criticisms from her society, Scott went to start her career in modeling, acting, and dancing. Gradually, Amiyah started being famous and was best known for her makeup, fashion sense. Scott also mentioned that she was inspired by the style of Rihanna and Lil’ Kim.

Firstly, Amiyah Scott got a role in the hit reality series “Real Housewives of Atlanta” for 4 weeks. She had interests to return to reality television so that she could be herself rather than pretend to be someone else. In one of her interviews she said; “When you’re on scripted TV, you’re playing a character. But I want to show people who I am. In 2016, Lee Daniels gave her an opportunity to portray the role of Cotton, a transgender female for the drama series “Star”. She is also been one of, if not the best actors, and her fans would agree. In the series, she had to move away from her mother’s life who could not accept her image. Star second season started from September 2017. Apart from acting, she is also a makeup artist, model, and event host.

There has been a rumor spreading like a wildfire that Amiyah has been in a relationship with rappers who many thoughts were gay. Scott once brought her hairstylist Kellon Deryck (who was already in a relationship at the time) to pose as her boyfriend. Recently, she walks around with Micah Dixon pretty often as they made appearances on red carpet events simultaneously. Talking about the tittle-tattle of Amiyah getting is still single, even though rumors might suggest otherwise.

Looks like #Cotton is caught in a love triangle 🧐⭐️ Tune into a NEW episode of #STAR this Wednesday at 9/8c to see how everything plays out 😳 Things are definitely about to heat up! 🔥 Who do you think she’s gonna choose? 🤔 @staronfox @jackyangactor @justinmarcelmcmanus Oh… and @misslawrenceatl this commentary has me screaming 😅😂🤷🏽‍♀️ lmao

The transgender model, television personality, Instagram star’s net worth is somewhere around $1 million. According to her Instagram, she gets most of her designer dresses from the boss lady couture boutique and her hairstylist is Mandy Williams. People from different countries admire her, she’s been rocking her social media with 1.4 million followers on Instagram. She also has thousands of followers on Twitter. Amiyah holds the ‘King’ title for being the first transgender model to gain a large social media following on Instagram. Scott is also one proud advocate of LGBT community just like David Pakman and has her focus on giving Transgender Female a voice. She wants to inspire and motivate people through her story so that people don’t lose sight of their goals.