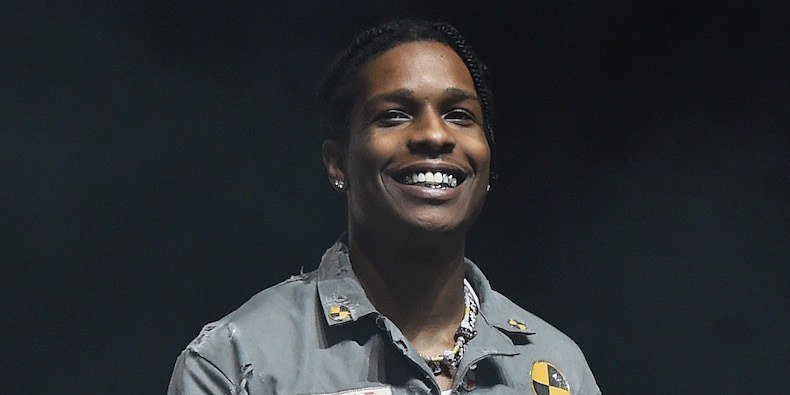 ASAP Rocky is an American Rapper, songwriter, producer, and actor. He is a member of the hip-hop group called ASAP Mob. ASAP Rocky real name is Rakim Mayers. He started his rapping career in 2007. Since 2007 he had established himself in the rap game.

His entire project on ASAP’s, have been released and successfully became hit. However, he was recognized worldwide by his first debuted album “long. Live. ASAP” (2013) and mixtape “Live. Love. ASAP.” (2011). His album became an instant hit and tops the Billboard 200 in 2013. His music career has also shown him some profitable deals with top record labels like Sony music and RCA records. 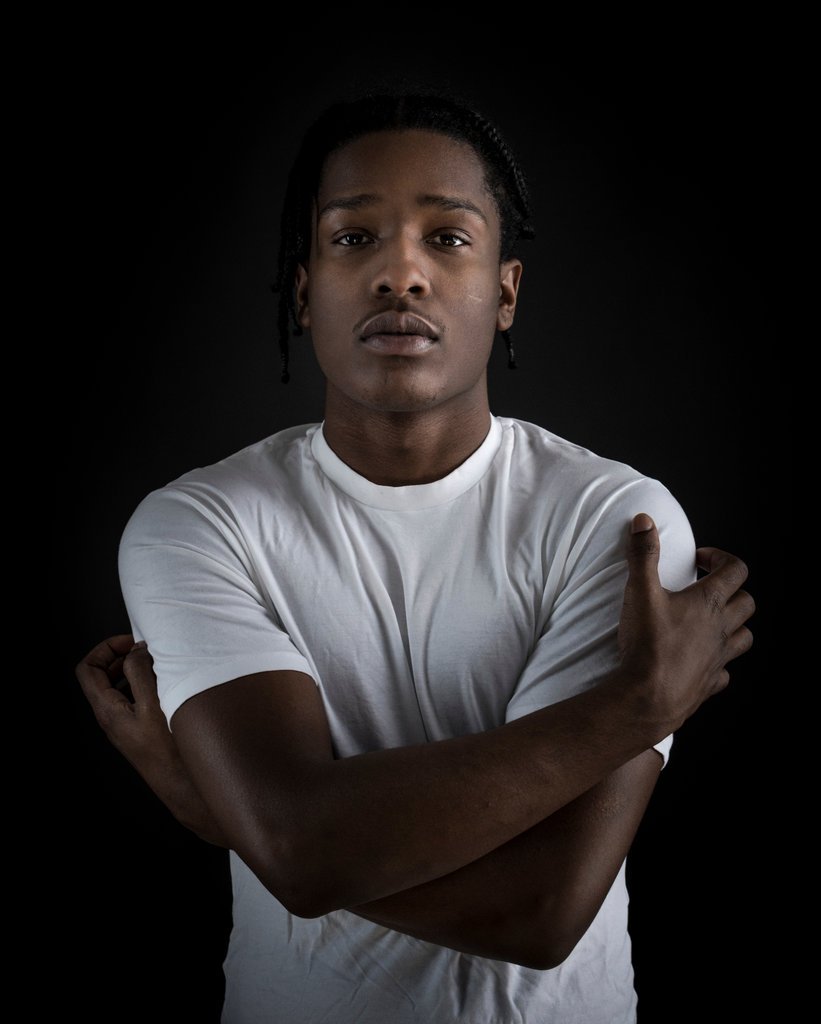 ASAP Rocky was born on 3rd October 1988, in Harlem, Manhattan. He was born to Afro-American mother and a Barbadian father. His father, Adrian Mayers, had gone to prison for selling drugs in 2000 and died in 2012. He has an older brother, Ricky Mayers who was murdered. Also, has a sister Erica B. Mayers. Further, he has a stepmother too.

Talking about his education, he likes to keep it away from media. Indeed, there is no information available yet. ASAP Rocky aka Rakim Mayers, at the age of 9, started rapping. He was inspired by his big brother who was shot dead. Therefore which make him more serious towards the rapping. 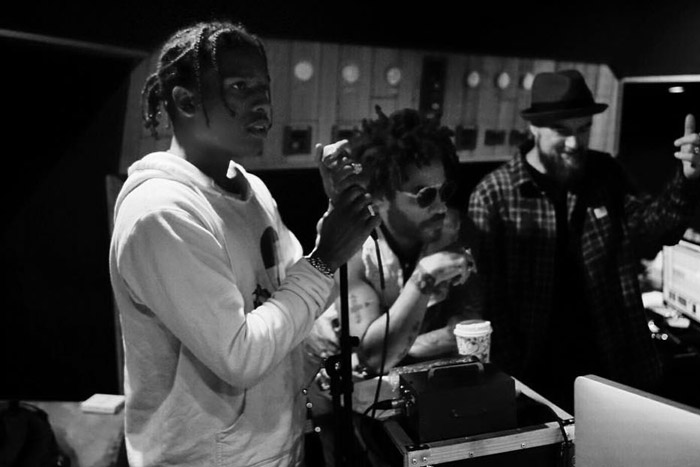 Caption: Rocky in a studio for his third album
Source: rap-up

Rocky later joined the rapper’s group in Harlem called ASAP Mob in 2007. He had adopted his nickname”ASAP Rocky” from this group. In 2011, he has released his two singles called “Purple Swag and Peso”. This singles became like a street anthem in New York. Then later in October, he released mixtape single ‘Live. Love. ASAP’, which became an instant hit. In addition, he went on to sign $3 million record deal with RCA Records and Polo Grounds Music. After the success of his singles, he released his debut solo album on 2013 called Long Live ASAP which includes four of its singles. This album tops the chart of Billboard 200.

Likewise, he went on giving many more hits and never looked back. As of now, he is preparing for his next studio album. Rocky has been a guest on the shows like the roots and the late late show with James Corden. He has worked with many artists like Alicia Keys, Selena Gomez, and Lil Wayne etc. In 2015, Rocky had also made a guest appearance in comedy-drama called “Dope”.

Talking about his personal life, the rappers had hidden well from the media. We came to know the outskirts of his relationship through the sources though. His first love interest was Australian rapper Iggy Azalea but the couple broke up in 2012. For two years, he was in relation with the American model, Chanel Iman. Then, later on, he was named with model and singers Teyana Taylor, Madison Skylar, Rihanna, and Rita Ora etc. Also, he was hooked up with Kylie Jenner in 2016. But currently, this rapper is assumed to be single.

Regarding his controversy and rumors, the ASAP rapper had controversial comments about black lives on ‘The Breakfast Club’ in the mid of 2016. In 2017, he had another controversy of wearing Dior T-shirt which state “we should all be feminists” in a released of his video Wrong. Later, he clarified the whole situation.  Guess that, rumor and controversy don’t stop to haunt the rapper. There was another rumor about ASAP Rocky that he’s been homosexual. However, Rocky has cleared that he is not gay, even though he says to be more open-minded about it. 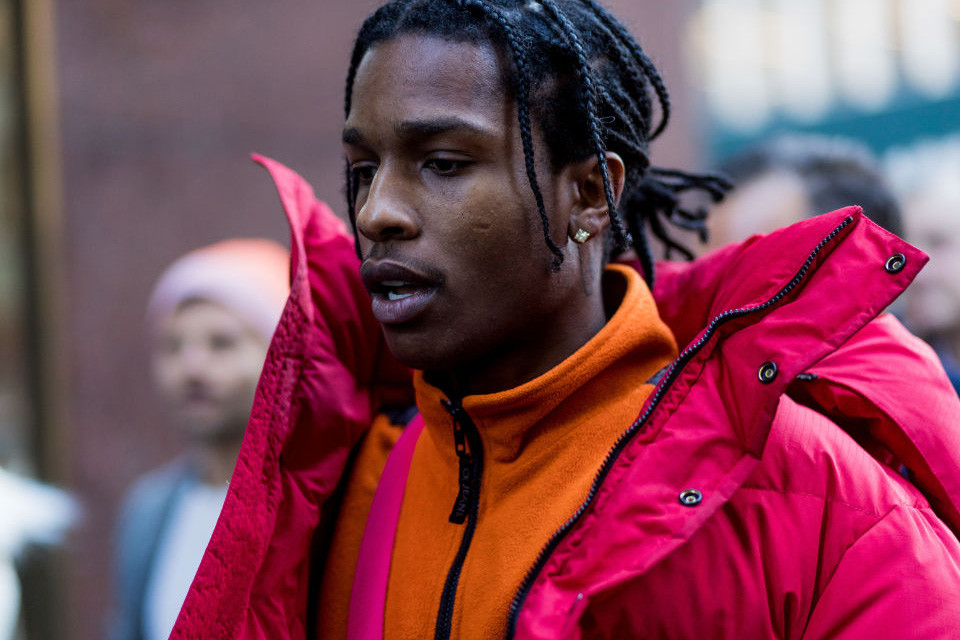 The 29, Rocky is one of the most successful rappers in America. He has been rapping since 2007. He had signed with most of the top recording studio. His first album had sold more than 500,000 units worldwide. Moreover, his other albums are also equally hit, thus it had added profit to his net worth. As of 2018, his net worth is over $6 million dollars.

It would be useless if we won’t share his house and cars collection. He owns a lavish house worth of $3,050,000 in West Hollywood. Other than this, he has also an apartment in New York which rents above $15,000 per month. Apart from his house, let us know about his car collection. He owns a car brand such as Ferrari 488 GTB, Ferrari 360 Modena, BMW 5 series, Mercedes A-Class.