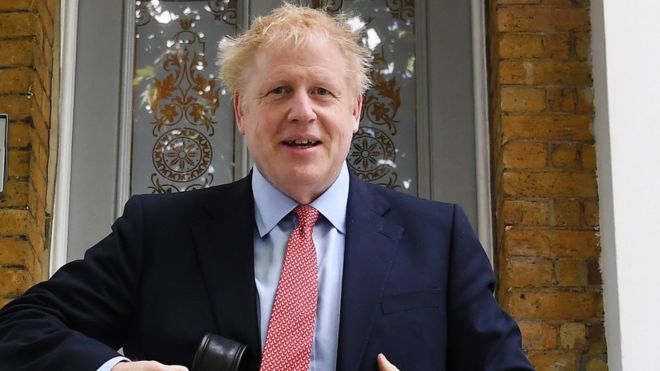 Boris Johnson is a British politician, journalist, and a popular historian. Since 2015, he has been a member of parliament for Uxbridge and South Ruislip. He is also a pro-Brexit member of the Conservative Party and identifies as a one-nation conservative. Since he is associated with both economically and socially liberal policies. Further, he is also a final two candidates for the 2019 Tory Leadership contest along with Jeremy Hunt.

Furthermore, he started his career with journalism after graduation at ‘The Times’. From 1994 to 1999, he was an assistant-editor for ‘The Telegraph’. Also, the editor for ‘The Spectator’ from 1999-2005 and Mayor of London from 2008 to 2016. Then became an MP of London, after that till 2018, he served as a Foreign Secretary. Since 2018, he returned to the role of a backbench MP. Additionally, he is a controversial figure in British politics and journalism.

Today I set out my vision for sensible, pragmatic, One Nation Conservatism. We must deliver Brexit by Oct 31st, restore faith in our democracy, and support the wealth creators that fund our vital public services. Together, we will succeed > www.backboris.com

The MP was born on 19 June 1964, in Upper East side of Manhattan, New York City, the US as Alexander Boris de Pfeffel Johnson. He was born to the British parents Stanley Johnson and Charlotte Fawcett. Before settling in Stanley’s family farm at Nethercote, near Winsford in Exmoor, West England, the family had moved to a different place in Britain and America. Johnson is the eldest of his four siblings. From a young age, he and his siblings were encouraged to engage in high-brow activities.

Regarding his education, from a young age, he was a quiet and studious kid. Although becoming an ambitious kid, he suffered from deafness, as a result, he had undergone several operations to insert grommets into his ear. Before relocating to London to settle in Primrose Hill, he had attended Winsford Village School. Then joined Primrose Hill Primary School. In 1975, he and his siblings were sent to Ashdown House preparatory boarding School in East Sussex after their mother had a nervous breakdown and hospitalized.

Today we all remember the horrors that took place during the Holocaust. It is by remembering that we can ensure such evil never happens again.

However, in 1980, Johnson’s parents separated and children spent most of their time with their mother in Notting Hill. After getting King’s Scholarship, he joined Eton College, in Eton, Berkshire. During college, he became secretary of the school debating society, as he has won prizes in English and Classics. Also, he was an editor of the school newspaper ‘The Eton College Chronicle’. Additionally, he has also in interest sports in his university days. He has played Rugby for Balliol.

During his gap year, he traveled to Australia where he taught  English and Latin at Timbertop. After returning back, he won a scholarship at Balliol College, Oxford. There he studied Literae Humaniores in 1983, he was one of the undergraduates who dominated British politics and media in the early 21st among Conservative Party members like Jeremy Hunt, David Cameron, Michael Gove, and Nick Boles.

Johnson was very popular and well known at Oxford. He was involved in politics through his college days. He elected secretary of the Oxford Union before Union president which he lost to Neil Sherlock. In 1986, he again elected for the presidentship and won the position. However, his presidency was not particularly memorable or distinguished. Additionally, he graduated from the University with an upper second class degree.

I welcome the EU’s “unqualified solidarity” and support today in Brussels on Skripal case – first use of a military-grade nerve agent in Europe for 70+ years. EU partners clear Russia must provide immediate, full, complete disclosure of its Novichok programme.

After his marriage, he worked at management consultancy company, L.E.K. Consulting for a week. In late 1987, he interned at ‘The Times’ and wrote a scandalous article on the archeology discovery of Edward II’s palace. After that, he landed a job at ‘The Daily Telegraph’ as a leader-writing desk. His articles were known for distinctive literary style, old-fashioned words/phrases, and referring to the reader as ‘My Friends’. In 1989-1994, he worked at the newspaper’s Brussels bureau and reported on the European Commission.

Furthermore, he became the regular columnist for ‘The Spectator’. In 1999, he worked for the magazine CQ on a column of new cars. He gained further popularity when he appeared in 1998 episode of ‘Have I Got News for You’. And also appeared on Television shows like ‘Top Gear’, ‘Breakfast with Frost’, and ‘Question Time’. In 1999, he offered the editorship of ‘The Spectator’ on the condition of abandoning his parliamentary aspirations.

In 1993, he made his desires to stand out as a conservative candidate to be a member of the European Parliament elections. However, he diverted towards his attention to taking a set in the UK House of Commons. Before, electing as a party’s candidate for Clwyd South in North Wales, he has been rejected from a conservative candidate for Holborn and St. Pancras. But he lost to the Labour candidate after spending six weeks campaign.

In the 2001 general election, he won the conservative candidate for Henley with a majority of 8,500 votes. In 2004, at Michael Howard government, he promoted to the position of Shadow Arts Minister during 2004 Cabinet reshuffle. He reportedly revealed that he has been having affair with Spectator columnist Petronella Wyatt with two terminated pregnancies in the same year. After proving all the allegations he was asked to resign from his pate but he refused. So, Howard sacked from his position then returned to the backbench.

Again, in 2005, he re-elected as MP for the Henley with a majority of 12,793. In David Cameron government, he appointed as Shadow higher education minister. In 2008, he elected as a Mayor of London. Again in 2012 re-election for the mayorship, he again won the mayor position against Livingstone.

Further, he did not run for the third mayor of London election and return to Parliament. In the 2015 general election, he elected as MP. In 2016, under PM Theresa May government, he appointed as Secretary of State for Foreign and Commonwealth Affairs. But in 2018, he resigned from his post and again returned to the backbench. In the same year, he signed a 12-month contract with Telegraph Media Group Limited to write articles.

Everyone, meet Luna! Had a brilliant day out campaigning for @paulbristow79, our party’s amazing local candidate in Thursday’s Peterborough by-election. Paul is a true community campaigner and I know he will make a superb MP!

Coming over to his personal life, Johnson has married twice. He met his first wife Allegra Mostyn-Owen at University. The couple married after dating a few years in September 1987 in West Felton, Shropshire. For their wedding, a special Violin piece from Hans Werner Henze was commissioned. After returning from Honeymoon, the couple resides in West Kenningston, London. However, the couple finalized their divorce in 1993, after several attempts of reconciliation.

After a week of divorce, he moved on and married his childhood friend Marina Wheeler. She is a daughter of journalist and broadcast Charles Wheeler. In addition, Marina moved to Brussels in 1990. The couple married in 1993 at Horsham, Sussex. Together the couple greeted had welcomed four children: two daughters and two sons. But after 25 years of their marriage, in 2018, their relationships confirmed separation. And has begun the process of their divorce. 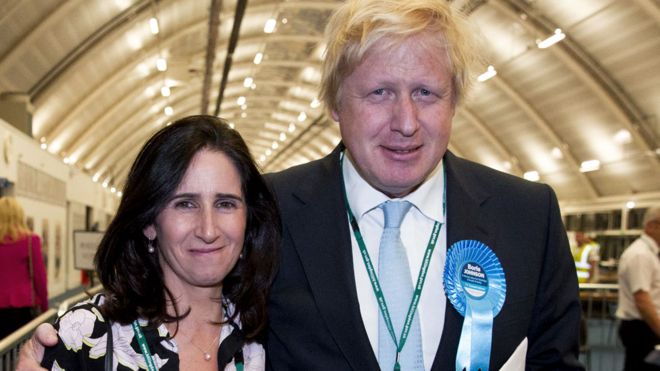 Furthermore, Johnson is also known as a controversial political figure. Some of the controversies include his extramarital affairs that led to bear a child. In 2009, he fathered a daughter with arts consultant Helen Maclntyre. His other affairs have also been the subject of stepping down from his positions.

According to reliable sources, his net worth is estimated to be around £1.5 million. He gets paid £79,468 annually as MP for Uxbridge and South Ruislip. He earns £275,000 a year as a columnist for ‘the Daily Telegraph’.