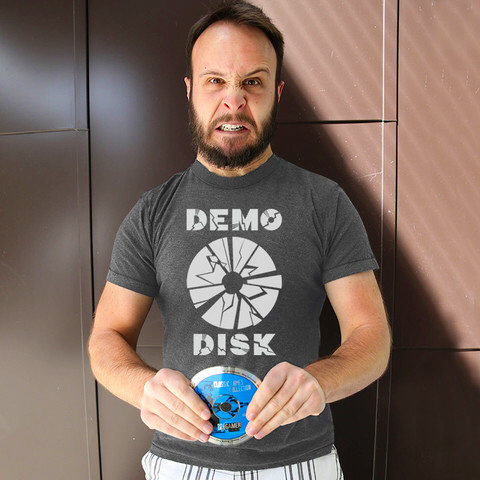 Bruce Greene is the host and a television personality who is famous for his love for gaming and a charming persona. Throughout the years, Greene has also been working as a gaming journalist, a voice actor, producer, and a content creator. With all the work that he has been doing, Bruce has been able to establish himself as a social media personality.

Many people also consider Greene as an actor and a writer best known for his work on Inside Gaming Animated and Assassin’s Creed: The Musical. His work is focused on gameplay video production and is currently working in Los Angeles. Let us now get to know a bit more about him, shall we?

@atwes makes me feel like the prettiest girl while wearing our new Funhaus merch.

Bruce Greene was born on the 12th of August, 1981, in Los Angeles, California. He was, however, raised in Santa Barbara. Growing up, Greene was an amazing unicyclist and was dreaming to compete in professional tournaments someday. Sadly, his dream was cut short when he fell and injured his head. Though, on the bright side, Greene went to make a full recovery after some immediate medical attention.

Here's me and 500 of my closest friends. #rtxsydney

After graduating from his college, Bruce began working for a radio station. He was the host of the KRQQ-FM and he enjoyed what he did for a living. During his 4 years with the station, he was also working on AOL Games as the Production Assistant. His next stint was for the 92.9 KJEE radio station as a DJ which was the beginning of relative greatness for Greene. This job led him to his first role on TV as the Segment Producer on the show, “Attack of the Show”. Whilst working on the show, he was a part of the behind-the-scenes team and coordinated creative bits on the channel. He also went on to produce a lot of their content and wrote over 500 segments for the show.

After a successful period for “Attack of the Show”, Bruce got a job at Machinima Inc. He then began working as the co-host on the show “Inside Halo” alongside Adam Kovic. During his time at Machinima Greene had the roles of an editor, host, and even a video game player. Later in 2015, Bruce and Adam started their own network and partnered with Rooster Teeth and created “Funhaus”. As of today, Funhaus has over 1 million subscribers and they are making massive strides in gaming through the channel.

Now coming to the personal aspects of Greene’s life, he is not a married man. He is, however, in a relationship with a fellow co-worker from Funhaus, Autumn Farell. Greene and Farell have been together for quite some time now and to be honest, they do make an amazing team.

Unlike Greene, Farell is an editor for the Funhaus and is one of the most popular members in the team. There is also a big difference in the age of Autumn and Bruce. Whilst she is only 24, Bruce is almost 38. However, age is just a number when two souls connect to one another.

Bruce has been working in the gaming industry for a while now. He is an established figure who is constantly striving to make the community better. With all the work that he has been doing, reports suggest that Greene has a net worth of $500,000. There have been talks suggesting that these figures will increase in days to come but we will have to wait and see.

Los Angeles really decided to show up for the #LetsPlayReunion. SO GORGEOUS

Greene is also pretty active on social media platforms. He is famous on Instagram where he has over 140k followers and goes by the handle @brucegreene4. Bruce likes to share some of his personal and professional life with his fans and is a popular figure.