Charles Esten is an American actor, comedian, and singer who also goes by the name Chip Esten. He is best recognized for his appearance for his role as Ward Cameron in Netflix’s Outer Banks. Also, many people know him for his role as country singer Deacon Claybourne on the ABC/CMT drama Nashville from 2012 to 2018.

His role in Nashville has helped him to start his career as a singer as well. Further, he has released his singles including 2012 Undermine with Hayden Panettiere and 2017 Sanctuary with Lennon & Maisy. After signing APA’s concert division for music representation in May 2019, he continues to tour across the US and Europe. Wanna know more information on his personal life or professional life. 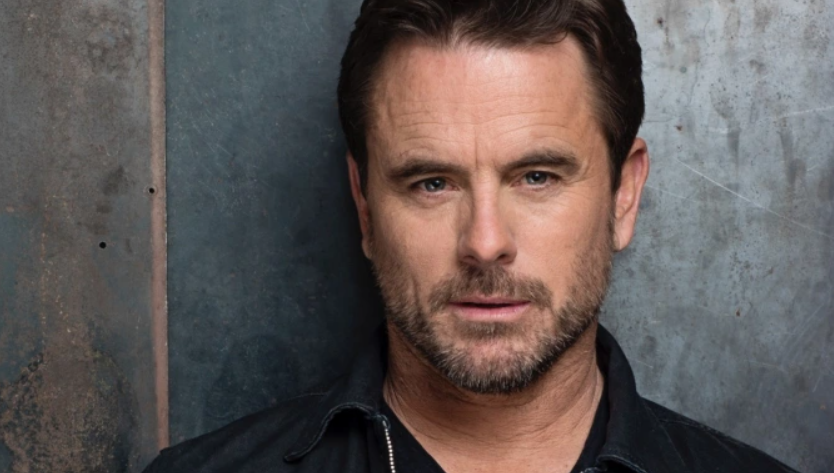 The veteran actor was born on 9 September 1965 as Charles Esten Puskar III in Pittsburgh, Pennsylvania, U.S. He is the son of father Charles Puskar and his mother Cynthia Puskar. Further, his father was a prominent local businessman and business partner of former Pittsburgh Steelers center Ray Mansfield. At the age of nine, he along with his family moved to Alexandria, Virginia.

However, his parents divorced after that and he was raised by his mother alongside his younger sister, Cathy. He has a nationality of America and ethnic background of English, Irish, Czech, Scottish, German, and French. Regarding his education, he had graduated from Alexandria’s T.C. Williams High School in 1983. Following that, he joined the College of William and Mary from where he graduated with a degree in economics in 1987 and was a brother of Theta Delta Chi fraternity.

During his college days in 1985, he became the lead vocalist in the local band “N’est Pas” till 1988. After that, he traveled to the United Kingdom and made his theatrical debut, and garnered the title role in the musical Buddy in the early 1990s. In 1988, he became a contestant on the NBC game show Sale of the Century under the name of Chip Puskar where he won more than $34,000 in cash and prizes.

In 1992, he had made a debut in the fourth series of Whose Line Is It Anyway?. Later in 1994, he returned back to the USA. Also, he had made appearances on the television programs like The Drew Carey Show, On the Spot, Drew Carey’s Green Screen Show, Drew Carey’s Improv-A-Ganza, and Who Wants to Be a Millionaire.

His television and film career includes Star Trek: The Next Generation, Swing Vote, ER, NCIS: Los Angeles, Jessie, The Mentalist, and The Office. On 25 July 2018, he was awarded the Guinness World Records title of “The most consecutive weeks to release an original digital single by a music act”.

It seems that he is very loyal and dedicated to his wife. Since there is not much information on his involvement in extra-marital affairs or in domestic violence. Further, he has been married to his longtime girlfriend-wife named Patty Puskar. The couple has first met in college and soon started dating each other. The duo has welcomed three children from their marriage.

Additionally, his daughter is a leukemia survivor after which he became a national chairman for the annual Light the Night Walks. Moreover, he has moved to Nashville along with his family after he was cast as a series regular on Nashville. 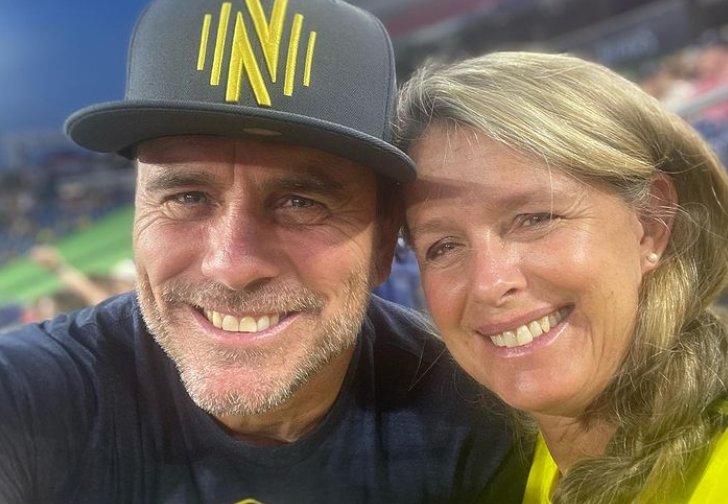 Outer Banks fame actor has accumulated from his acting career. Therefore, he has an estimated net worth of around $4 million from appearing in several movies and dramas. He has also featured in many ad campaigns and commercials.

The actor has a slim and well-exercised body that has unknown body measurements of chest or waist. His body stands to a height of 6 feet 1 inch or 1.85 meters and weighs around 86 kg. The handsome guy has an attractive blue eyes color with dark brown hair color.