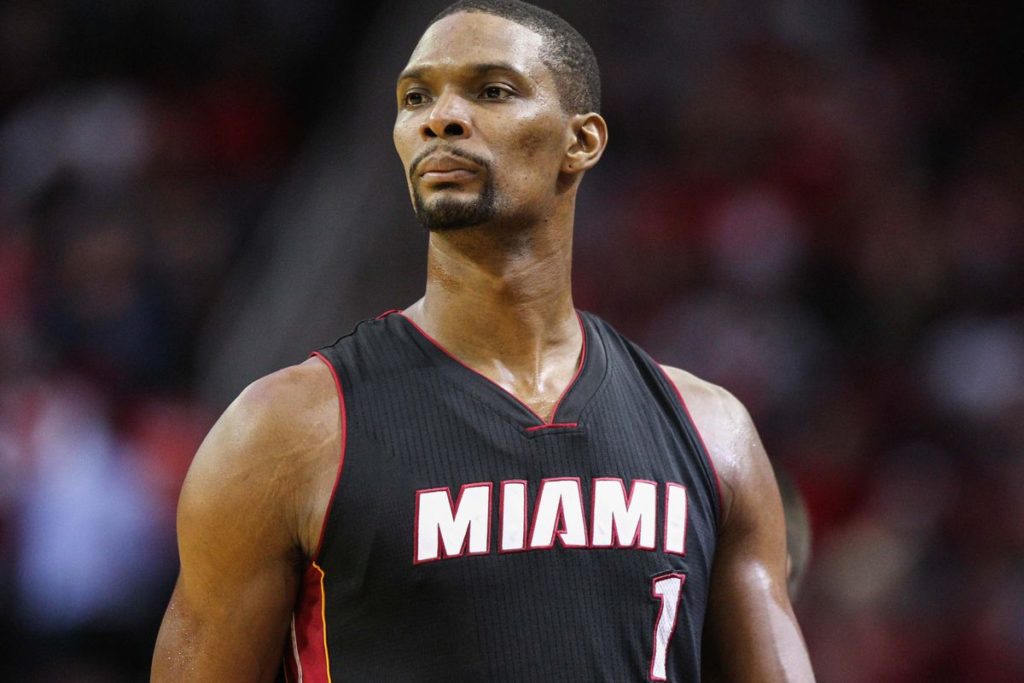 Chris Bosh is an American professional basketball player best known for playing alongside Lebron James in for the Miami Heat. With the team, Bosh has gone on to win two NBA championships. Bosh spent 7 years with the Miami Heat but this period was full of reoccurring injuries which did hamper his career.

Chris, a native of Texas used to be called, “Mr. Basketball” whilst in High School. He has also been honored by the Texas Association of Basketball Coaches. Despite several injuries, Bosh remains one of the most successful players to have ever graced the sport. He is the five-time NBA All-Star and a winner of the gold medal at the 2008 Olympics. Let us now get to know a bit more about him, shall we?

One of the best destinations I’ve ever been to. Good Food, Nice People, Amazing views! #machupicchu #peru #BoshFamilyWorldTour

Christopher Wesson Bosh was born on the 24th of March, 1984, in Dallas, Texas. He was born to parents Noel and Frieda Bosh. Chris had a love for basketball from a very young age. He began learning to play the game when he was only 4 years old. Moreover, Bosh’s parents were also incredibly supportive of his passion.

Been the best dressed in the room!!! Now I'm all grown man on 'em! #31aintlookinbad #birthdayboy #socksswag

Now looking at his education, Bosh joined Lincoln High School in Dallas. Whilst in the school, he was doing amazingly well in academics and extra-curricular activities too. Whilst graduating with honors, he even led his school team to the No. 1 ranking in the country. Bosh did so by winning the USA Today National Championship in a perfect season with 40 wins and no losses. He then joined Georgia Tech to study computer imaging and graphics designing. He was also able to do very well with the college team averaging 15.6 points in his freshman year.

Bosh began playing the sport professionally in 2003 when he was selected by the Toronto Raptors. For his rookie season, Chris played as a center and was able to average 11.5 points. He was also able to set a record for most rebounds in a rookie season. This amazing first season landed him in the NBA All-Rookie First Team. After this brilliant start to his career, his next season was an even more improved one. He was constantly growing as a player and was the all-time leader in total points scored for Toronto Raptors’.

However, despite amazing few years with the Raptors’, Bosh decided to part ways and signed a massive deal with the Miami Heat. With his new team, he was lined up alongside Lebron James, one of the biggest names in the game. For his first season with the new team, Bosh won 58 games and beat Philadelphia, Chicago, and Boston to get to the finals. They, however, lost the game to Dallas. Nevertheless, Heat bounced back in the next season and Bosh won his first ever NBA Championship. He had successful few years with the Heat before he was diagnosed with a blood clot in the lungs, ruling him out of few seasons.

Father•Guardian•Protector•Carer•Friend•Teacher• Mentor•Coach• Task Master•Listener•Everything electronic related• the one who puts everything together even if its 200 pieces• The list goes on and on! To all the Active and Proud Dads out there I see you! #BoshFamily #DadLife

Now coming to the personal aspects of Chris’s life, he is a happily married man and has been together with his wife Adrienne Williams for quite some time now. The two said their vows in 2011 and have three sons, Dylan, Jackson, Lennox, and a daughter Pheonix, together. Moreover, Chris also has a daughter Trinity from his last relationship.

Bosh has also had a few health issues. He was diagnosed with a blood clot in his lung. Whilst he did treat himself, the problem came back again in 2016. This time he was diagnosed with blood clot in his leg. This particular issue meant that his career had to be cut short. Despite struggling with these injuries, Bosh never gave up and kept fighting.

For many years now, Chris has been one of the best players NBA has ever seen. He has been able to establish himself for his amazing work ethic and passion for the game. He is also one of the highest earning players in the game. Reports suggest that Bosh has a net worth of $50 million. Despite making all that money, he has also gone on to help other people. Chris has established the Chris Bosh Foundation to help young people in Toronto and Dallas with their academics and athletics.

Ready for the show!!!! #emmys #misternicetie

Bosh is also pretty active on social media platforms. He has a massive fanbase on Instagram with over 2 million followers. Chris goes by the handle @chrisbosh on the platform, so be sure to follow him.