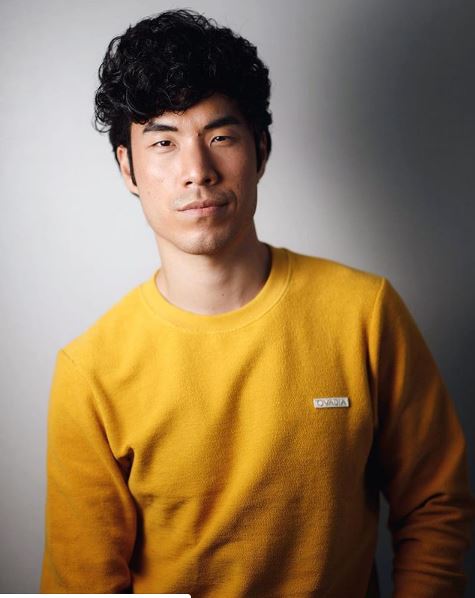 Eugene Lee Yang is a YouTube personality famous for his incredible film making and acting skills for Buzzfeed. Like Andrew Iinyckyj, Eugene has been one of the key members who have contributed to the success of Buzzfeed. Yang just has that way about him to slip in humor in every sentence without even trying. He has been an artistically inclined genius and is changing the entire face of the media world as we know it.

Eugene began his career in the world of entertainment after his teacher recommended him to try filmmaking and we are glad that he did. Currently, this talent is enjoying a flourishing career as an actor, writer, and a video producer at BuzzFeed Motions. He is also famous for taking the initiative of queer prom to support the gay community in the United States. Let us now get to know more about this amazing talent.

Eugene Lee Yang was born on the 18th of January in 1986. The kid from Texas grew up in Pflugerville alongside two sisters. You might have noticed her mom in some of the videos that he posts on social media. Yang belongs to Asian ethnicity and he often used to be bullied for his looks. Growing up, Eugene had a passion for creative art ranging from orchestra and dance to theater and choir. It was his teacher who found Eugene extraordinary that he suggested him to try filmmaking.

Dear Eugene, I’m sorry. I’m sorry you were so depressed, angry, and confused all the time. I’m sorry that your race and sexuality were never perceived as strengths. I’m sorry you thought the bullies were right. I’m sorry you didn’t believe people could ever love you. I’m sorry you’ll never experience even an ounce of the confidence I have now. I promise to make up for all the lost time and be a strong example for other kids like you. You’re MY inspiration. You’re my life’s work.

Later after graduating, Eugene began working as a freelance music video director for Menagerie. Soon after, he joined BuzzFeed as an online video producer after being referred by his colleague. Thus, his career took off and the rest is history.

Werk, werk 🎵 The Tryler Brothers 🎶 from “The #TryGuys Wear Corsets For A Weekend” ⌛️

After joining BuzzFeed, Eugene’s career began to soar and he was gaining millions of fans worldwide. He now is one of the most recognized Asian American faces on the internet. When you look at most of his content, you will find that Yang is responsible for quirky content full of magic. You might remember him from hit videos like ‘Women’s Ideal Body Types throughout History’ and ‘If Disney Princes were real’. These videos tells us the story of this extremely gifted man who has been contributing to social media by bringing joy to the whole world.

You just can’t talk about Yang without mentioning ‘Try Guys’. It is a BuzzFeed comedy series where Yang along with his two other friends tries things. Providing entertainment has been the major goal for the channel and that series is a platform for these guys to do almost everything. When we say almost everything, we mean it; they try stripping down, wear lingerie, so you probably get the gist. Although most of this looks natural, it does require a lot of work to pull off stunts like these.

We did stalk Eugene on his social media platforms and have found that he did post a picture with Quinta Bronson. It was with the caption: “Date Night!”. On the 23rd of February, he also did share a photo on Instagram referring it to his girlfriend. Many think that he has been doing this to evoke his fans but who knows. We just might have to ask him to clear this up.

Eugene has been in the entertainment industry for a long time now and he is already a prominent figure. At 32, he still has a lot to offer to the world and is sure to establish himself as one of the leaders in comedy and acting. As of 2018, Yang has a massive net worth of $700,000.

Pro tip for men who can't grow full beards: 1) befriend the most badass dog you know, especially if he's a Siberian Husky 🐕; 2) wear the most kickass t-shirt you can find, preferably one with howling wolves (cutting off sleeves is mandatory) 🐺; 3) pose like a boss with @house99's Seriously Groomed Beard & Hair Balm 🧔🏻. Strangers will say, "wow, that guy clearly lacks luxurious facial hair, but somehow he's rockin' a spiritual beard fit for the gods!" 💁🏻‍♂️ In any case, I can still use it in my hair since all the products are rich in spirulina and quinoa – bring the whole House line home on their just launched website! #House99 #HomeToYourNextLook