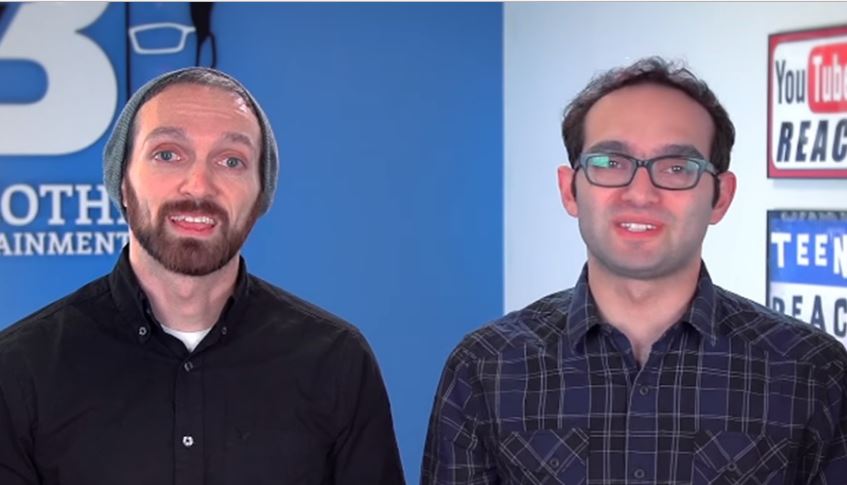 FBE Brothers is a familiar name to many those who are fans of scrolling through Youtube videos and exploring new channels each day. As FBE is one of the many popular channels on Youtube which is getting popular each day with its innovative content and video themes, the creators behind the channel are what people want to know more about as they are less in limelight.

FBE stands for Fine Brother’s Entertainment, the channel is created by two brothers named Benny Fine and Rafi Fine. They are both very well known for their React series and even have a channel with the name. React Channel records real reactions of people over different topics that cover music, videos, Youtubers and many more to name. They have also collaborated with several Youtubers like Tyler Oakley, Shane Dawson and many more.

It's theme week at the Office! Are we all Dapper enough??? #DapperDay

Behind FBE or Fine Brothers are no other than real life brothers Benny Fine and Rafi Fine who created the channel in the year 2007. Let’s get to know each one of them more personally.

Benny Fine: Benny Fine was born on March 19, 1981, in Brooklyn. He is the older brother among the two children of the Jewish Fine family. He started college at a young age of only 15.

Rafi Fine: Rafi Fine was born on June 9, 1983, in Brooklyn. He was born to a Jewish family and he is two years junior to his brother Benny. Rafi went to Dickinson College for almost two years then, he started attending Hunter College studying film studies.

Benny and Rafi Fine grew up in New York and confess making videos for most of their lives. They created a lot of comic content feature videos with a thought of making it to Hollywood eventually. Though they won few filmmaking awards for their feature work, however, they decided to quit doing this process. After which their work started becoming more focused on the internet. With that thought, they created a website and uploaded their first ever video in 2003. Later they switched to Myspace where they uploaded full-length videos. Finally, in the year 2007, they switched to Youtube where they started uploading videos.

After long years into Youtube, they finally started gaining success on Youtube. They have three channels altogether as of now and millions of subscribers with over billions of views. Apart from that they also have invested in the creation of other series on Youtube which includes Sing It!, MyMusic and many as such.

As much as their careers are put through the limelight, their personal lives are not very popular. Many fans are eager to know about the personal lives of men behind the channel, however, there is very less information on that account. The brothers are seemingly only known for their work and brilliant videos that they co-create.

Putting all the facts from the sources available, at present it seems like the two are possibly single and more focused on their Youtube career as of now. You can check their personal interview above.

With over 17.4 million subscribers on their channel and  6.68 billion total views, The FBE channel is doing pretty well on Youtube. It is the Fine Brothers’ main income source. They have a net worth estimation of $10 million as of now as cited by some sources.

A night to remember. Congratulations @jacksfilms @2toesup on their wedding tonight!! Much love!