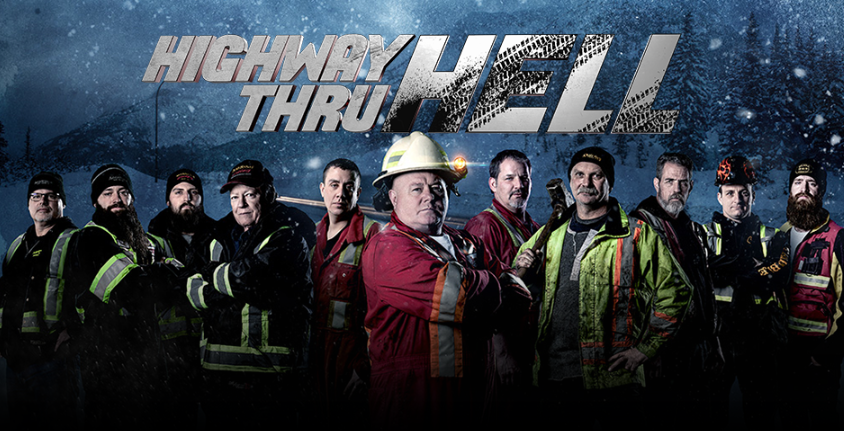 Highway Thru Hell is a reality documentary television show originally for Discovery Channel. It also airs on Canada Discovery Channel with the name ‘Heavy Rescue: 410’ since 2012. However, the show has aired on different channels including ‘The Weather Channel’, ‘National Geographic Channel’, and ‘ABC2’. The show is created by Mark A. Miller, Kevin Mills, and Neil Thomas. The show starred James Davis, a rescue operator after he met Neil in the summer of 2010 while moving a broken truck on Highway 5.

Tow truck show, we already came to know that what the show is about? If not then the show features the Davis with other members of series operating motor trucking to rescue and recover heavy vehicles. Furthermore, it broadcast the hardships of operators, Quiring Towing, Aggressive Towing, Mission Towing. Meanwhile, the series has filmed on the highways of BC Interior, Canada, mainly in the Coquihalla Highway (Highway 5).

The name itself describes the show that it must be dealing with heavy trucks, accidents or damage that have been in the highways. Well, the show is about that, moreover, it features the hardships of towing operators of the company ‘Jamie Davis Motor Trucking‘ along with its struggle and mission of towing the heavy motor trucks in a narrow highway of the British Columbia Interior.

The reality show features towing operators like Jamie Davis, Colin McLean, Cam Neno, Al Quiring, Gord Boyd, Cary Quiring, and Jason Davis, amongst others. Before starting the show, one of the show’s creators, Thomas first met the towing company, Hope’s Jamie Davis, heavy rescue operator on Highway 5 in summer 2010, after his moving truck broke down. Later cameraman Kevin Mills and executive producer Mark Miller dropped in on Jamie Davis Motor Truck, during the early winter of 2011. After that, the idea of creating and launching a show based on James’ work was discussed. Then, they began scheduling and shooting of their work into the television documentary series.

On 4 September 2012, the series debuted on Discovery Channel Canada. The series appeared to be the number one show in Canada after appearing in its first season. After the success of the first season, it premiered its second season featured on 3 September 2013, featuring 13 episodes. At the end of the season, Davis expanded to new territory along with Alberta Highway 63.

The show has aired a total of eight seasons until now. It had featured operators dealing with growing business expansion, tough situations, managing drivers position in their absence, and Towing difficulties. On 27 January 2020, it aired episode seventeen ‘Fire Mountain’

Furthermore, National Geographic first aired the first season in the spring of 2013 in Norway. Moreover, the channel also featured the first two seasons in the UK and Ireland too. Other networks like TV3 and ABC2 screened some of the seasons in 2015 and, latter in 2016. The ProSieben Maxx network broadcast the show in Germany under the name ‘Highway Heroes Canada.