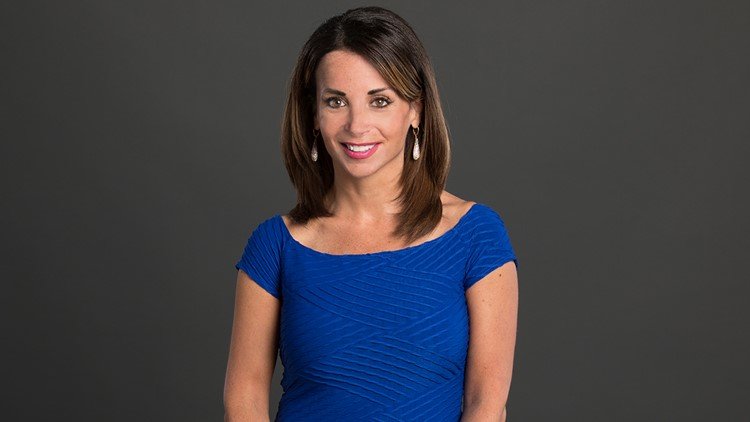 Hollie Strano is an American meteorologist that may not be in the list of your top meteorologists like Amy Freeze and Jim Cantore. But she is a celebrated weather reporter of the network WKYC TV based in Cleveland. She has covered many reports including weather and also an anchor. Further, she is working with Networks including Channel 3 News Today.

K followersFurther, she hosts the 90 minutes segment that airs from Mondays to Thursday. The show comes on WKYC TV from 11:00 am to 12:30 pm. Let us scroll down to know more about the details of the talented meteorologist.

“Be bold enough to use your voice, brave enough to listen to your heart, and strong enough to live the life you’ve always imagined.” — 🙌🏻♥️ TGIF to you! #fridayvibes✌ xoxo 💋

Strano was born on 3 December 1972 in Lyndhurst, Cuyahoga, Ohio, Cleveland, the USA. No information on her parents and early life. She grew up with her two siblings in Cleveland. They are younger siblings; brother Mike and sister Stephanie.

Looking at her education, she has attended Catholic School, St. Clare Grade School in Lyndhurst. After that, she joined the Notre Dame-Cathedral Latin School in Chardon, Ohio. Later for her college studies, she enrolled at John Carroll University which is a private Jesuit Catholic University and got a degree in meteorology. Next, she attended Mississippi State University where she earned a National Weather Association Seal.

After graduating, She started to work as a weather forecaster. Then she landed a job in the WKYC TV, NBC-affiliated TV station. And there she gained popularity with her bubbly personality. Further, she hosts her own show called ‘Live On Lakeside’. It is a 90 minutes program which showcased the issues affecting the Cleveland people, lifestyle and weather reports.

Hollie also hosts the various programs of other networks. She is the co-host of Channel 3 News Today that airs on weekdays from 4 am to 7 am. Strano has revealed that 1 am has become her favorite time. As she not only wakes up but gets ready for her weather reporting at 4 am. Strano has also listed in “Cleveland’s Most Interesting people” of the Cleveland Magazine.

The beautiful lady has got a quite successful career with WKYTC TV. However, she has not got much success in her married life. She has been married twice as well as divorced too. Strano’s first marriage was with her high school sweetheart Brian Toohig. The couple together had welcomed two children: daughter Jessica and son Grady, but they got separated in 2011.

Then in June 2015, she again remarried to her ex-husband Alex Giangreco. Later, their relationship didn’t work and split in the year 2017. Furthermore, there is no information on her current love life. It is believed that she currently is single and living a happy life with her children.

Grady and Jessica make every day feel like a Friday to me! 🥰 TGIF! 🎉🙌🏻 #luckiestmomintheworld ♥️💋xo

WKYC TV is an NBC-affiliated Network and also has other affiliates include Justice Network, Cozi TV, and Quest. Therefore, the network pays Strano pretty quite good amounts and she is a celebrated meteorologist of the WKYC TV. Her exact net worth is not revealed however, it can be assumed that she has a net worth over $500 thousand.

Strano has a slim body build type with a height of 5 feet 3 inches or 1.61 meters. There is no more information on her body measurements and height. She has beautiful brown eyes and dark brown metallic hair color. But her hair color keeps on changing from time to time.