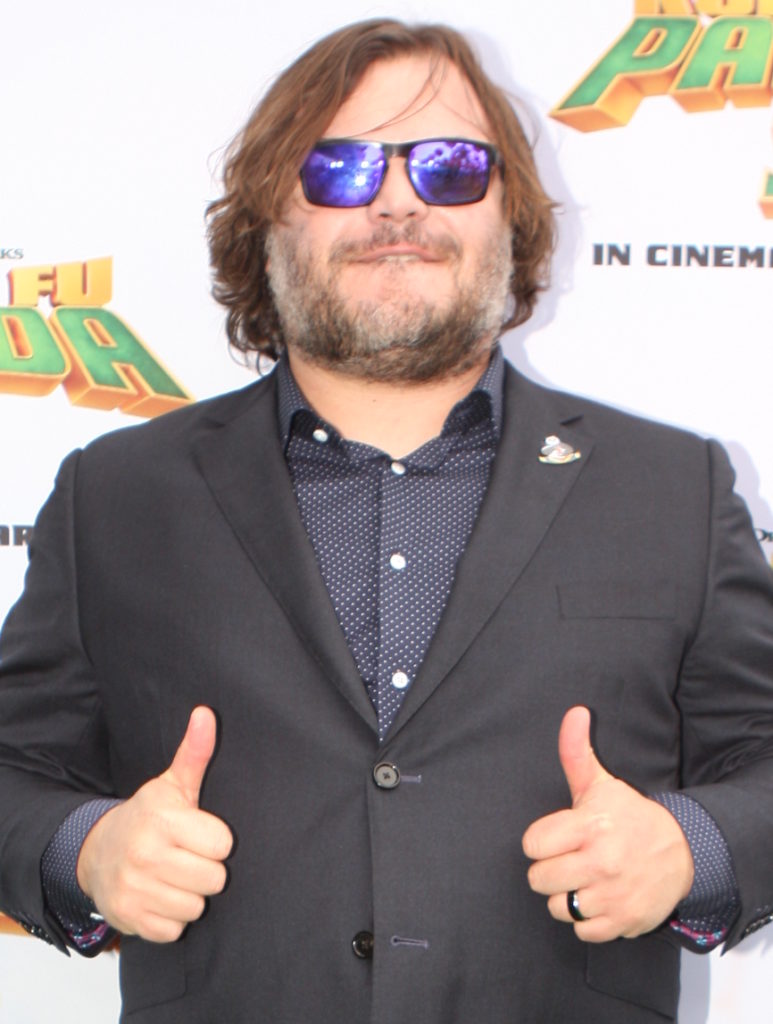 The famous comedian Jack Black is one of the well known Actor, comedian and musician from Hollywood.  He started his career in his 30’s with a role in the movie “High Fidelity”. However he is mostly noted for his performance in the movies like “School of Rock” and “Kung-fu Panda”.

Apart from his acting career Jack Black is also known for being a musician in the band “Tenacious D”. Not only does he sing he also plays guitar and various other instruments.

Mexico City, are you ready to rock? #tenaciousd

Born on 28th of August 1969 in Santa Monica, California as Thomas Jacob Black, Mr. Black was raised in Hermosa Beach. Both of his parents Thomas William Black and Judith Love Cohen were engineers by profession. Jack black grew up along with his elder brother Neil Siegel who is a computer scientist and a system engineer.

Jack black was a club Scout as a boy which is available to boys and girls from kindergarten to 5th grade.

Being born in a jew family Black was raised a jew and he attended a Hebrew school. The year 1979 was one of the worst years for Black as he had to go through the divorce of his parents. After the divorce he moved with his father to Culver City and often used to go visit his mom.

Very few people know this but black’s love for acting and comedy came at a very early age through drama during his schooling in Crossroads. Additionally he also did appear in a commercial for Activision game Pitfall in the year 1982.

Jack black was a club Scout as a boy which is available to boys and girls from kindergarten to 5th grade.

Thomas Jacob Black’s career in movies started from the year 1992 where he performed in the movie “Bob Roberts” (1992) with a minor role. However he came into the limelight with his performance in the movie “High Fidelity” (2000). Additionally his comedy rock band “Tenacious D” also did help him to make it big.

Apart from his roles in movies as an actor Mr. Black has given his voice on many animated movies such as Ice Age(2002), Kung fu Panda (2008) and more.

Jack black has been married once in his life to Tanya Haden, daughter of the famous Jazz Bassist Charlie Haden. Both Mr. Black and Tanya Haden went together at Crossroads School and later met after almost one and a half decade in a friends birthday party. It was from then that they started talking and their relation gradually started to grow. Later on in the year 2006 the couple tied the know and started the life as husband and wife.

The couple gave birth to two sons Samuel Jason and Thomas Davis in the year 2006 and 2008 respectively. The family is now living happily in California.

Jack Black has accumulated quite a fanbase from his career in the entertainment industry. It is estimated as Jack Black has an estimated net-worth of $ 40 million which brings him at 55th position in the list of richest actors alive in 2019. He also has a Black Jack magazine which he endorses and Jumanji: Welcome to the Jungle, Kung Fu panda 2 and Kung fu Panda are among his highest grossing movies which help him earn the most.

Jack Black used to own a House in Hollywood Hills which he reportedly sold for almost $3 million and later on moved to Flea’s Old home which he bought for $6 million. Additionally he also owns a house in Los Angeles which is estimated to be almost $7 million.

Read about Dave Chappelle who is also a talented comedian like Mr. Black.