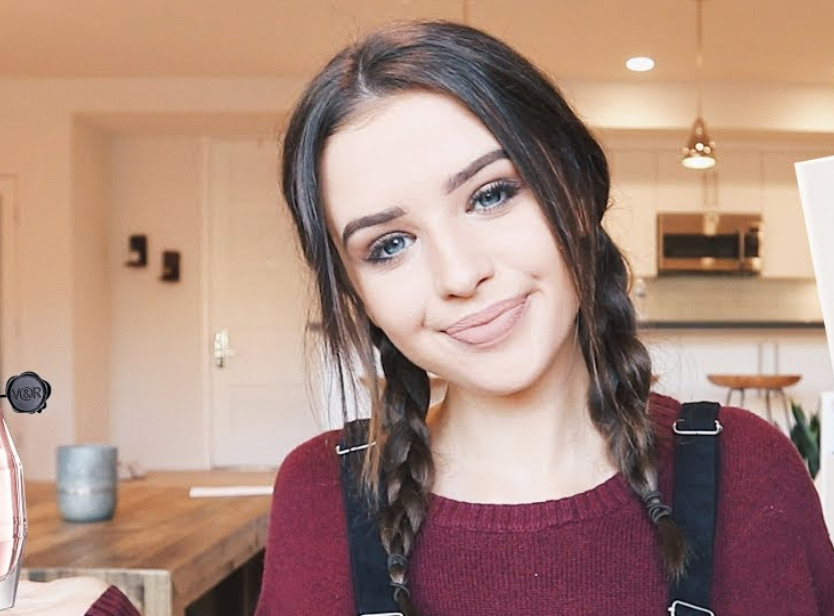 The Australian beauty Jess Conte is a singer and social media personality. The talented singer started to get popularity after posting the cover songs of popular hits and then posted it online. Also, she pursued her media career as a YouTuber, beauty expert, and vlogger.

Since 2011, she has been broadcasting the content of cover songs, beauty advise, and so on. Therefore, as of now, she has amassed the subscribers over 2 million and over a million views. Further, let us discover below to know more about the popular social media who shares her daily lifestyle in her vlog as well.

The YouTuber was born on 23 July 1996, in Australia to a family who is inclined toward the music as Jessica Bauer. The only information known about her parents is that her father name is Russ Bauer whom she has featured in one of her videos. Also, she has two siblings; sister Sarah and younger brother Toby Bauer.

Regarding her education, she has not shared information on it. But the 22-year-old YouTuber has completed her basic education from her home country Australia. Before joining the internet platform, she had worked minor jobs like in Pizza store to support herself financially.

In 2011, she created her YouTube channel under the name ‘BauerBirds’. She caught the attention of music lovers by posting a cover video song “1, 2, 3, 4 – Plain White t’s” a year after launching her channel. However, she got recognition steadily until 2014, when her video ‘When Mama Isn’t Home’ got viral. The video amassed 10 million views and attracted a huge crowd which pushed her toward fame.

She has covered the songs of popular artist like Ed Sheeran, Jessie J, and Justin Bieber. Also, Jess had a duet with her husband, fellow YouTuber Gabriel like songs ‘Can’t Help Falling in Love’ and ‘Made For Loving You’ from the title ‘Under the covers’ in 2017. Their debut EPs got a good response from the listeners.

Further, she is also good at editing, she edits her Youtube videos by herself. Meanwhile, she is a graphic designer too, her work can be seen on her social media platforms.

Coming over her personal life, the talented singer is married to her American boyfriend Gabriel Conte in 2016. It’s been two and a half years, they are together with each other. But it was not easy for them to be together because of their resident issues, at least now they are together and enjoying their life. In addition, she had shared her life experiences and stories on her YouTube Channel.

In 2019, she received her American resident and now can go back to her hometown after two and a half years later. So, she surprised her parents after traveling to Australia which she has broadcast in one of her recent videos. Further, she has not revealed any information on her past relationship. Since she has always been a fan of America and American, so she has fantasized of getting married there. However, there is no clear information when and how they come closer or their first met, whatever it is, they look amazingly good together and love each other.

Having a good number of subscribers on her Youtube channel, she surely makes a good income from her internet career. She has attracted a whopping number of followers on her channel by posting daily lifestyle, beauty vlog, and especially cover songs. Therefore, she has a considerably significant net worth that has an estimation of above $800 thousand.

jess conte starter pack: overalls and a scrunchie…and maybe some HSM playing in the background 😂🎶 outfit from @lulus #ad #lovelulus

The media personality has a good height of 5 feet 7 inches or 1.70 meters and weighs around 54 kg. She has a well-maintained and slim body has a measurement of 32-35-33 inches. She has attractive green eyes with long dark-brown hair color.