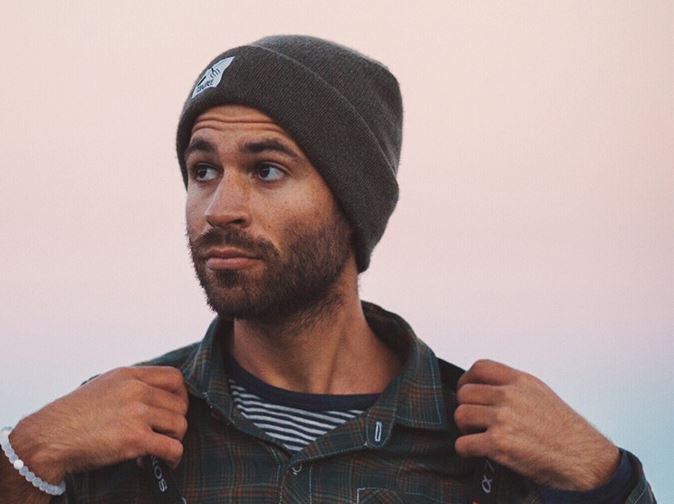 The Belgian traveler and Instagrammer, Lolos is quite popular and has been published by some of the renowned publications like Nat Geo, Huffington Post and more. His account under the name @lebackpacker has thus garnered a sincere number of followers and fans. You will also love to know about Brandon Siwiak here.

This is how every summer evenings should be spent. #peaksofeurope @toyotauk

Johan Lolos was born on November 2, 1987, in Belgium which actually makes his nationality a Belgian. He grew up in Liège in Belgium and also is a graduate from Institute of Advanced Studies of Social Communications. He completed his master’s degree in public relations from the University. After graduating, Lolos left Belgium and went to Australia where he began his photography pursuits.

As per his interest, Johan started photographing Australia, capturing it’s natural and scenic beauty on his lens then posting them on his Instagram page. He did not take it too seriously until some of the renowned magazines and websites like  National Geographic, BuzzFeed and DailyMail started publishing his photos. After this, he decided to carry on his career as a full-time photographer.

Post-hike beer with a view, the best. Shot for #LeffeRoyale a few weeks ago.

The photographer then spent the rest of his time in New Zealand further teaming up with the local tourism board of the small town of Wanaka to promote it through the world. In the year 2017, he completed an all expense 5-month road trip around Europe and set up a personal project named Peaks of Europe with the help of his sponsors.

Later, Lolos went back to his hometown of Belgium where he currently lives and has set up a studio of his own. Since he has collaborated with several brands and done projects for some really important clients like Air New Zealand, Delta Airlines, Nikon, Toyota and many more.

It's incredible how travel can be a life changer. #sponsored For me it all started when, back in 2013, I decided to buy a one-way ticket to Australia. Instead of pursuing a career in PR I thought it would be better to leave my comfort zone and follow my gut by traveling around the world for an indefinite period of time. I remember telling my parents "I don't know when I'll be back, maybe in 3 years, maybe in 5, we'll see…". That was the best decision of my life. 4 years later, here I am. Capturing the world as a full time photographer thanks to all the opportunities that came to me during my first 2 years of travel in Australia and NZ. Today, I'm teaming up with @Delta to share my story and I hope it inspires you to share your own using the hashtag #TravelChangedMe. Can't wait to read them!!

The relationship status of this Belgian photographer and traveler is also what many people are curious about. For your information, we would like to reveal that here. He is currently dating this blogger girlfriend he has since a long time. Johan is in a committed relationship with his girlfriend named  Delphine Polson.

He often posts photos with his girlfriend and of his girlfriend on his Instagram page that further confirms that this 3o-year-old photographer’s relationship status.

A morning to remember in beautiful Bagan, watching the sunrise and the hot air balloons in the distance with @delphinepolson. Shoutout to the folks at @deuter who equipped us with their new Futura backpack and its Aircomfort Sensic back system for maximum comfort and ventilation, a lifesaver feature especially in places like Bagan where temperature can climb over 40°C in the summer! More info on www.mydeuteradventure.com #MyDeuterAdventure #deuter #sponsored

What turned out as a passion for this traveler, became his main career. Lolos has been covered by some really prestigious newspaper and websites across America and Europe as well. In an article on Business Insider’s, 30 most stunning and influential Instagram travel accounts to follow in 2018‘s list, Lolos’ Instagram was listed too. furthermore, he was also interviewed and featured by some high profile named like Daily Mail, Huffington Post, and many others. His net worth estimation and salary as of now are not available.

This image was taken last summer after an uncommon heavy snowfall that day in the French Alps. I don't know how often one gets to see the Lac Blanc unfrozen yet surrounded by snow, but I feel like we've been pretty lucky that evening. 24 hours later, all the snow was gone already. #peaksofeurope Shot for @icebreakernz

Johan is definitely active on social media sites after all he is an Instagram Influencer. He has around 466k followers on his Instagram page with the name “lebackpacker”. He has some really stunning photos on his page. Similarly, you can also check his blog here.