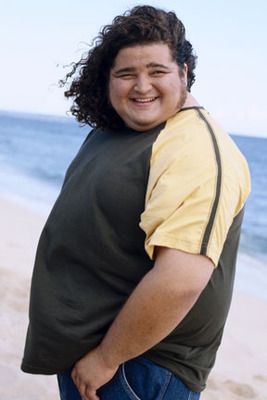 Jorge Garcia is a talented actor who is famous for his presence on TV series Becker (2003-2004) alongside Amy Spanger and Lost (2004-2010). He is also a stand-up comedian who has earned a name in the world of comedy.

He has performed on one of the most famous sitcoms ‘Curb Your Enthusiasm’. His performance as a stand-up comedian was what impressed the producers of ‘Lost’. This enabled them to specially prepare the character Hugo ‘Hurley’ Reyes for him. This made him the first to be cast in the series which ultimately boosted up his career.

The actor was born as Jorge Garcia on April 28, 1973, in Omaha, Nebraska. He grew up in San Juan Capistrano in Orange County, California. Jorge’s father name is Humberto Garcia, who is a doctor and was born in Chili and Dora Mesa, his mother is a professor born in Cuba.

About the educational history, Jorge attended San Clemente High School where he is involved in wrestling. The cute faced boy was nicknamed as “Baby-Faced Killer”. He was also into acting in his school days. In spite of all his interest and excellence in the extracurricular activities, Garcia wasn’t so bad at his academics as well. Later, in his senior year, he was titled ‘Triton of the Year’, the highest award ever given to a senior graduand. Let’s just say he is a multi-talented person.

After graduating from his high-school, Jorge attended the University of California Los Angeles (UCLA)  graduated in 1995. He did a major in Communication Studies.

Garcia previously worked at a record store but later quit the job because he was asked to cut off his curly long hair. He, however, stuck to his natural looks and made it in Hollywood.

Jorge Garcia: Career and Net Worth

Jorge took the first step of his acting career in 1997, after completing his studies from the Beverly Hills Playhouse acting school. He began auditioning for film roles while working at Borders Books and Music. Next, Garcia got TV commercials gigs, most notably in a Jack in the Box commercial.

Gradually he got small roles in film and TV series. His first part was in Becker where he portrayed Hector Lopez for 13 episodes.

Jorge later appeared in 181 of the 121 episodes in the TV series Lost. Along with his other Lost cast members, Garcia received a Screen Actors Guild Award in 2006 for Outstanding Performance by an Ensemble in a Drama Series.

He has also worked for other film gigs including Little Athens (2005), Deck the Halls (2006), and Sweetzer (2007). After the successful end of Lost, he later had guest roles in How I Met Your Mother, Mr. Sunshine, and Fringe. Jorge was also cast in the FOX series, Alcatraz, however, the show was canceled due to low ratings.

Garcia’s career journey doesn’t end here, In 2013, he portrayed as Apple engineer Steve Wozniak in parody film iSteve. Then, he began appearing in season 4 of Hawaii Five-0 as a guest star and proceeded to a main role by the 5th season.

After all the hard work, Jorge has been able to accumulate a net worth of $5 million. He is leading a luxurious lifestyle and has a number of houses all across the country. The talented actor also seems to be a big fan of dogs and music.

Due to Jorge’s weight, it easier for us people to spot him from a heavy crowd easily. He was said to have lost about 30 pounds of weight before filming LOST. Later again picked it up while the show was up and running.

His weight soon became to worry his cast-members who feared he could get weight-related fatal diseases. So, in 2012, Jorge tried to practice a diet called ‘Nooch’ another word for Nutritional Yeast, however in pictures Garcia still shows with a big body. Despite all his effort, he seems to be conformable with the way he is.