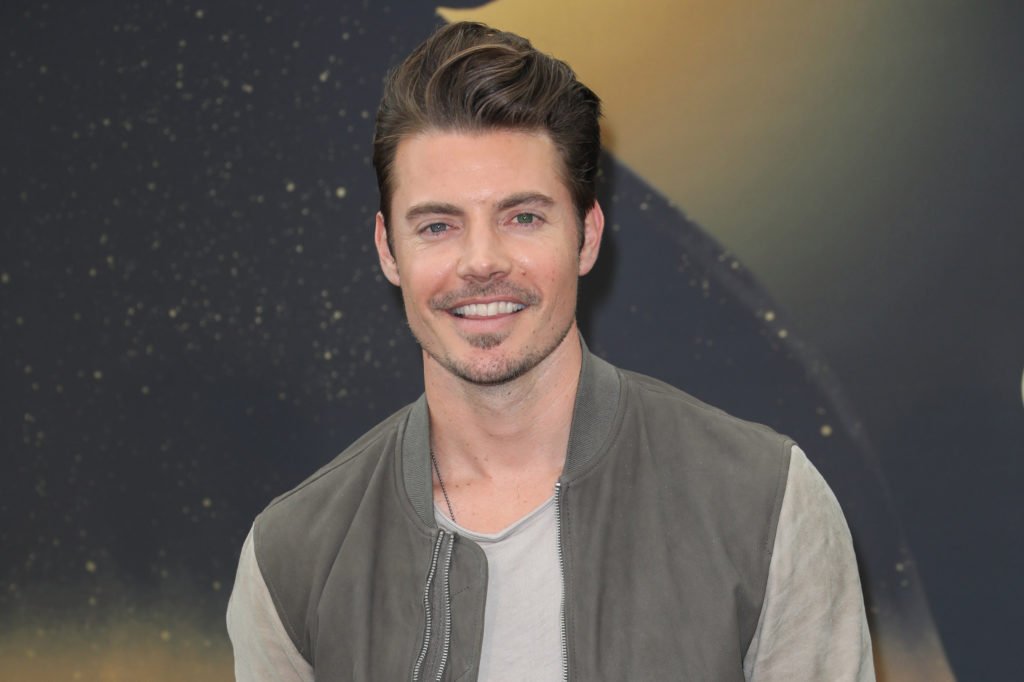 Josh Henderson is an American actor, model, and a singer who is famous for his attractive looks and charming personality. Henderson is more known for his role as Jose Ross Ewing III in “Dallas”, and Austin McCann in the ABC soap opera, “Desperate Housewives”.

Apart from these series, Henderson is also famously seen in the movie Step Up. Moreover, you might also remember Josh as the player for the Hollywood Knights Celebrity basketball team. Josh has without a shadow of a doubt been a ladies man, thanks to his physique and personality. Let us now get to know a bit more about this actor.

Joshua Baret Henderson was born on the 25th of October, 1981, in Dallas, Texas. He was born to mother Sharon Lea Henderson who raised him alongside his two other siblings Hannah and Chelsea in Tulsa, Oklahoma. Many of Josh’s fans have been curious because of his peculiar eyes. Whilst many believe that he wears contact, Josh was actually born with a condition called heterochromia.

Today is a special day. My beautiful and amazing momma's birthday!! This picture was at my 8 or 9th bday I believe. No matter how much we had or didn't have, my mother always made sure I was happy and well loved. I'm the man I am today cuz my Mom's love and guidance. She sacrificed so many things to make sure I knew how to treat others and always rely on my faith to get through whatever this world might throw at me. I love you more than you will ever know Momma. Happy birthday 😚🙏🏽💛 #webeblondes

Now coming to his academics, Josh went on to attend the Tulsa Memorial High School. He later graduated in 2000 and began participating in various competitions and was slowly but surely finding some recognition.

#tbt to playin in the oil in Dallas … 🤠 #JohnRoss

Upon graduating from his high school, Josh also took part in the television show, “Popstars”. Moreover, he was among the 6 winners selected to form the pop group Scene 23. Many compared Hendersons voice to that of America’s favorite pop star, Justin Timberlake. While this could have been a fairytale in the making for Josh and the group, they were not able to afford to release the album that they had recorded and the group began splitting up.

This, however, was not the end for the man with many talents. Josh began his career in acting and it did not take him long to land roles on shows and sitcoms like, “One on One”, “Maybe It’s Me”, “She Spies”, etc. Josh is also pretty famous for his lead role of John Ross Ewing III in the show Dallas. Apart from these lead appearances, Henderson has gone on to appear in “Desperate Housewives” alongside Frances Conroy, “CSI: Crime Scene Investigation”, “The Girl Next Door”, “Step Up”, etc.

Throughout the years, this good looking actor has gone on to date some of the biggest names in Hollywood. Reports even suggest that he has been in relationships with 11 different women who were actresses, models, singers, etc. In more recent years, Josh was reportedly together with Andrea Boehlke but sadly things did not work out between them.

#tbt to working with these 2 beauts #Dallas

Moreover, he was together with names like Paris Hilton, Rihanna, Ashley Greene. Henderson certainly had a gift with the ladies but as of today, Josh has a long list of failed relationships and is a single man without kids.

Josh has been in the entertainment industry for a very long time now. He has had many different roles and has been able to find success in many of those. Doing all that he does, Josh has a net worth of $2.5 million. For such a young actor with amazing talent, he is sure to earn a lot more in the coming years. Moreover, Josh also makes a considerable amount of money from his restaurant in Beverly Hills, The Flats Restaurant.

The famous actor is also pretty active on social media platforms. You can find him on Instagram under the handle @joshhenderson where he has just over 158k followers.