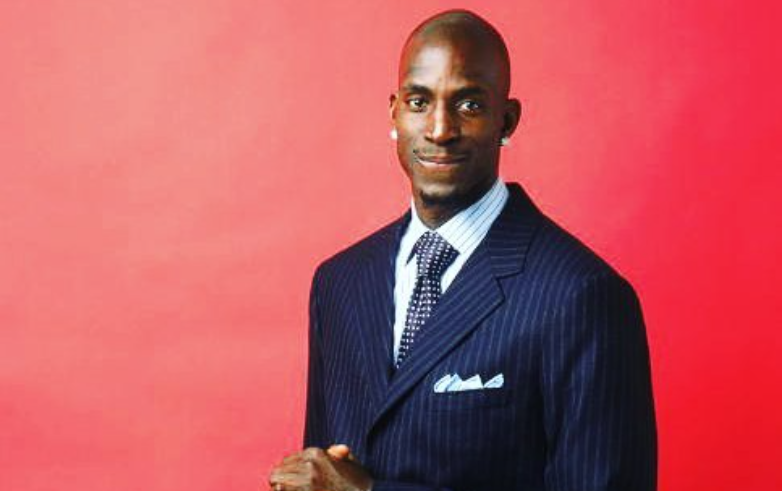 Kevin Garnett is a retired professional basketball player and film personality. He had taken retirement after playing 21 seasons with the NBA team in the National Basketball Association in 2016. From 1995 to 2016, he had played with the NBA teams Minnesota Timberwolves, Boston Celtics, and Brooklyn Nets. However, he retired from the Timberwolves after returning to the team in 2015.

Additionally, he also became the first player to be selected in the NBA draft directly out of high school. As an actor, he appeared in the American crime thriller film Uncut Gems. In the film, he shared the screen with popular actors Adam Sandler, Lakeith Standfield, and Eric Bogosian. Also, he had signed a deal with Village Roadshow Pictures. 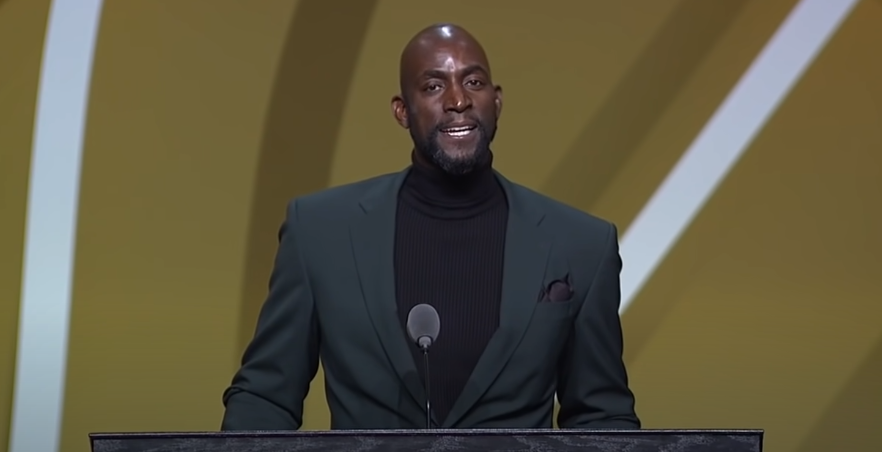 The professional basketball player was born on 19 May 1976 in Greenville, South Carolina, the United States. He was born as a son to Shirley Garnett with her then-boyfriend O’Lewis McCullough who never married each other. His mother later married his stepfather Ernest Irby with whom he didn’t get along. He has two sisters from his mother’s side.

He has a half-brother named Louis McCullough who is also a former basketball player. His cousin Shammond Williams is also a former professional basketball player who played for Angeles Laker. Moreover, he has nationality of American and belongs to the Afro-American ethnicity. Regarding his education, he had attended Hillcrest Middle School where he fell in love with basketball. However, he started playing games after he attended Mauldin High School in Mauldin, South Carolina where he joined the school’s basketball team.

In his senior years, he became one of three students who was arrested for second-degree lynching. Although he was not directly involved in a fight between black and white students. After that, he left Mauldin High school and transferred to Farragut Career Academy in Westside of Chicago for his senior years.

He started his professional career after he had a successful career at high school in 1995. In the 1995 NBA draft, the Minnesota Timberwolves selected him in the fifth overall pick. He became the first player since 1975 who got the opportunity to join the NBA draft straight out of high school. With the team, he played from 1995 to 2007.

On 31 July 2007, the Timberwolves traded him to the Boston Celtics in exchange for Al Jefferson, Ryan Gomes, Sebastian Telfair, Gerald Green, Theo Ratliff, and cash considerations in the 2009 first-round draft pick. In 2013, he then traded to the Brooklyn Nets in the NBA draft along with other players Paul Pierce and Jason Terry. In February 2015, he returned to the Timberwolves and played against the Washington Wizards.

However, he had a successful basketball playing career on 23 September 2016 he announced his retirement. He had played in 21 seasons in the NBA. After retirement, he became a consultant to the Los Angeles Clippers in January 2017 as well as Milwaukee Bucks (2016-17 season). Besides, he debuted his acting after playing a fictionalized version of himself in the 2019 crime thriller Uncut Gems.

He currently is possibly a single at the moment. Further, he previously was married to his longtime girlfriend Brandi Padilla in 2004 in a private ceremony in California. Their wedding was attended by their close friends and family members. The duo welcomed two daughters: Capri (18 April 2008) and a second daughter in 2013. But their relationship ended after 14 years of their togetherness after Padilla filed for divorce on 12 July 2018 and also demanded custody of their daughters.

Additionally, he has been in a relationship with American cheerleader Krissy Freiberg. He was rumored to be in a relationship with IG model Kristen Franchy after being spotted together in 2019 at an Art Basel event. Also, he had been in the gossip columns for having a love child, a daughter Kamila with @youluverica. But there is no confirmation from the media by both parties. 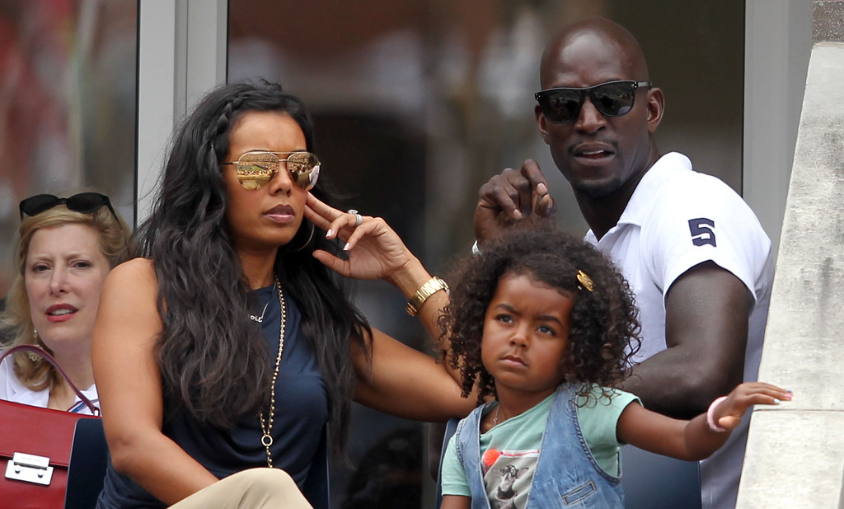 Caption: Kevin and Brandi along with their daughter attended the 2011 US Open.
Source: Zimbio

He surely had maintained a hefty amount from his former professional basketball-playing game. Further, he has an estimated net worth of around $120 million. Even after his retirement, he connected with the basketball game as a commentator on an NBA-themed television studio show. Additionally, he has purchased a few properties including Malibu Mansion which he recently sold in 2021 for $16 million. Also, he had debuted in Hollywood in 2019.

He has been in the public attention for his height which is officially listed as 6 feet 11 inches or 2.11 meters by the NBA. However, his height is measured to be 7 feet or 2.13 meters as accepted widely. Further, his strong body weighs around 115 kg with 44 inches chest size and 33 inches waist size. He has a bald head with brown eyes color.