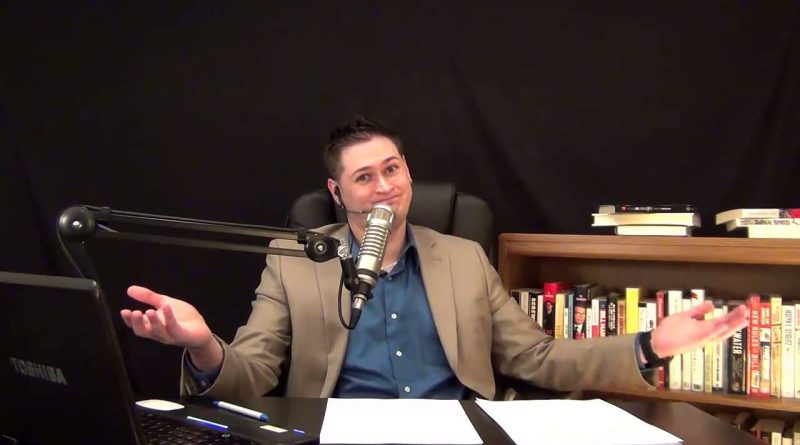 Kyle Kulinski is an American political commentator, progressive talk show radio host, a political activist who also co-founded Justice Democrats. He is popularly known as the host of the  YouTube show Secular Talk which is an affiliate of the Young Turks Network. Read about Republican Tara Setmayer.

Kyle, age 30, started his Youtube career since the year 2008 where he actively talks about the current political events and affairs focusing on the social democratic political aspects.

Kyle Kulinski was born on January 31, 1988, in  Westchester County, New York which makes his nationality an American. Kulinski comes from a mix of ethnicities of Italian and Polish descent. Kyle went to  New Rochelle High School and graduated in the year 2006. After which he attended  Iona College from where he received a bachelor’s degree in political science.

When he was just 20 years old, in the year 2008, he started his Youtube channel named Secular Talk where he released one video per week. Through his channel, he often made commentaries about the public personalities that he disagreed with. His Youtube channel show started picking up from the year 2012 when he also started hosting a live radio show. Eventually, the channel gained fame and by the year 2014, he garnered 100,000 subscribers.

Kulinski describes himself as a  social democrat and left-libertarian with his beliefs. The Political Commentator has advocated for many issues that include issues like a living wage, reduction in military spending, free tuition at public universities and even euthanasia. Furthermore, he has advocated for the LGBT rights movements as well.

Talking about the less famous personal life and the relationship of Kyle Kulinski, it’s extremely difficult to pinpoint the exact details out. As the host is not really candid when it comes to his personal matters. So, we cannot really confirm Kyle’s girlfriends or his current relationship status at the moment. Even looking at his social media profiles, no conclusion be exactly drawn. Meanwhile, Kyle is open about all the political issues but when it comes to his own life he hardly tells anything at all except for some flashback photos!

The present number of subscribers on Kyle’s official channel has reached a good number of around 500,00. In addition, he has also a good number of views on his videos. Kulinski has so far increased his social media influence and is building his career on solid grounds. Altogether, the political Youtuber has a total net worth of $700,000 which is a good number for sure.