Marcia Cross is an American actress appearing in several television films, dramas, and movies. The talented actress gained immense popularity through her role as Bree Van de Kamp in Desperate Housewives. For which she received nominations for several awards including Emmy Award and three Golden Globe Awards. 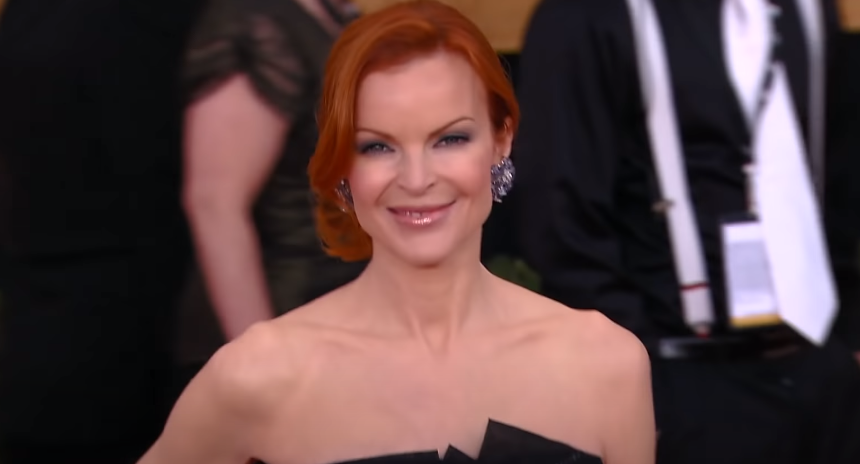 The actress was born on 25 March 1962 as Marcia Anne Cross, under the zodiac sign, Aries. She was born as the daughter of parents Janet and Mark J Cross in Marlborough, Massachusetts, the USA. Her mother worked as a teacher while her father was a personnel manager. She grew up with her two siblings in a Catholic. She has a nationality of American and belongs to the Caucasian ethnicity.

Regarding her education, she attended Marlborough High School and graduated in 1980 receiving a half-scholarship to Julliard school. From the school, she finished in 1984 earning a BFA in acting. In 1997, she returned to school where she garnered a master’s degree in psychology from Antioch University Los Angeles in 2003.

After graduating from Julliard in 1984, she started her acting career in the soap opera The Edge of Night. Then she moved to Los Angeles where she landed a role in several television movies including The Last Days of Frank and Jesse James. Since then she has appeared in dozens of dozens of television films, dramas, and movies. Her feature films include 1990 Bad Influence, 1996 Female Perversions, 2009 Just Peck, and 2016 All the Way to the Ocean.

Her television films credit George Washington II: The Forging of a Nation(1986), M.A.N.T.I.S (1994), All She Ever Wanted (1996), and Eastwick (2002). She had made appearances in many television series and dramas. But she gained popularity through her role as Bree Van de Kamp-Hodge in Desperate Housewives from 2004 to 2012. Other television works include Melrose Place, Everwood, Quantico, and You.

The 60-year-old (as of May 2022) is a married woman living happily with her spouse. She married her husband Tom Mahoney on 24 June 2006. Since then, the duo is spending a blissful married life with each other. After their marriage, she underwent in vitro fertilization and welcomed fraternal twin daughters in February 2007.

Before, her marriage to Tom, she was in a relationship with actor Hugh O’Connor from 1984 to 1985. After that, she dated the American actor Richard Jordan from 1985 to 1993 until his death. Additionally, Jordan was diagnosed with brain cancer and died on 30 August 1993 at the age of 56 survived by his daughter Nina and partner Marcia. 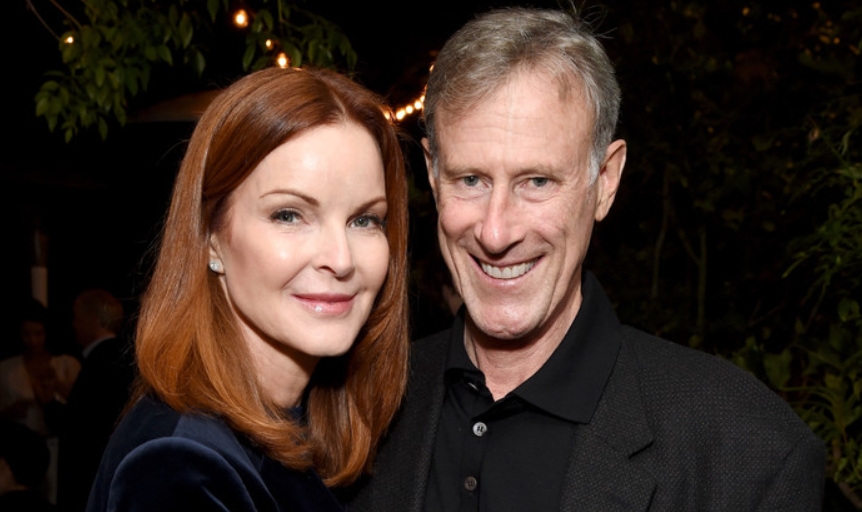 How Much Does Marcia Cross Earn? Net Worth & Salary

She has an estimated net worth of around $30 million from her acting career. Also, she might have collected a profitable amount from her endorsements and promoting products. Moreover, she has huge followers on her social media platforms, especially Instagram.

Additionally, her appearance in Desperate Housewives had helped her to earn around $19 million along with her co-stars Teri Hatcher, Felicity Huffman, and Eva Longoria. This helped them to be the highest-paid actresses in the Us television industry.

She has a slim and curvy body that maintains through a balanced diet and regular workouts. Her body stands to a height of 1.77 meters or 5 feet 10 inches and weighs around 60 kg. Her body measurements of 37 inches chest size, 25 inches waist size, and 38 inches hips size respectively. She has blue eyes color with red-metallic hair color.