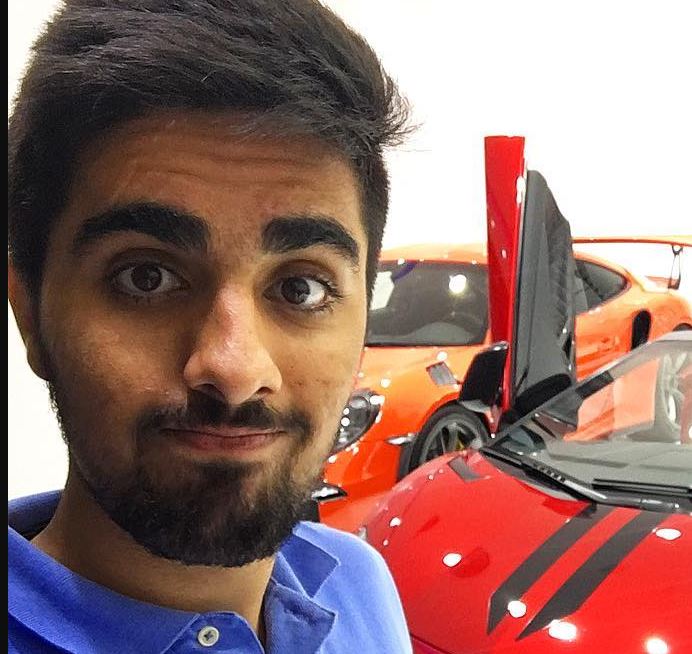 Mo Vlogs or Mohamed Beiraghdary is a YouTuber, VLogger who is most popularly know with the alias, Mo Vlogs. He has around 5 million subscribers to his channel. He initially began his career on YouTube as a gamer with a channel named HitspecK0 in the year 2011. Later he began vlogging and broadcasting his daily life on Youtube.

Mohamed is originally from Dubai but he along with his family moved to London for a while until finally being back in their home country Dubai again. Let’s get to know the inside story of this vloggers life and more.

Mo Vlogs or Mohamed was born on 08 March 1995 in Dubai, the United Arab Emirates which makes him an Emirati. He was born to his parents Nadereh Samimi, his mother, and Father Esmail Beiraghdary. Mo Vlogs is not the only child of the family. If you have watched his videos and know about his he also has a sister. Much popularly known as Mo Vlogs sister, her named is Parisa Beiraghdary but she is known as Lana. Mohamed along with his mother and sister decided to move to London for Lana’s education. They lived in London for some years but Mo’s father did not move with them. Later when they returned back to Emirates, they started living separately from their father. The reason for this is unknown.

We did it 5 million subscribers ❤️Thank you so much everyone for supporting me and my family everyday , honestly we wouldn’t be here without you , so it means a lot , and I want to thank my mum and sister for always supporting me in anything I do ❤️ i love you guys so much and hopefully more fun to come 🙏🙏 don’t forget make sure to subscribe 😂😂😂 let’s keep going , youtube : mo vlogs #dubai #family #youtube

Mo first started a gaming channel inspired by youtubers like Markiplier, under the name HitspecK0 in 2011. The channel was not really a hit, it had around 8000 subscribers and 97 videos. Later in the year 2013, he created a new channel “Mo Vlogs” for VLogging purpose. His first video there was, “My First Vlog”. Eventually, he received a good amount of views on his Youtube videos. Later the Vlogger started uploading some videos that covered topics like “Rich Kids of the Middle East – The Most Expensive Car Event in the World !!!”. Similarly, there were some other videos like “Racing in my Friends Bugatti !!! ” “THE LUXURY DUBAI LIFESTYLE – BILLIONAIRE BOYS ”  and “Paying CASH for my New Car !!! ” all of which gained him maximum exposure and popularity.  The videos in addition also garnered 3 Million to 10 Million views. Likewise, his Youtube channel saw a rise of subscribers.

Let the @govgames begin!!! HELP ME PICK MY TEAM…. Comment below and I’ll pick the best reason to back a team in a couple of days and also back that team! #1team1Spirit

The 23-year-old surely has plenty of fans in Dubai and many parts of the world as well. Talking about his personal life, people are curious if he is dating someone or not. The famous vlogger at the moment is reported to be single as there are no clear signs of him dating or a girlfriend. He even has clearly stated in one of his vlogs that he doesn’t have the time to be dating around which pretty much confirms his status.

One of the Sweetest girls I've met @inanna ❤️ #monana 😂

Nevertheless, he often posts pictures with a girl on his  Instagram account but we do not know yet if she is his rumored girlfriend. Well, only time will tell about that.

Mo Vlogs makes a good money from his popular videos there is no doubt on the fact. The young Youtuber has 5 million subscribers to his Youtube channel. His videos also have a good number of views of a total 1,472,465,691 views. Though his yearly salary and income are not available his net worth estimation is around $2 million.