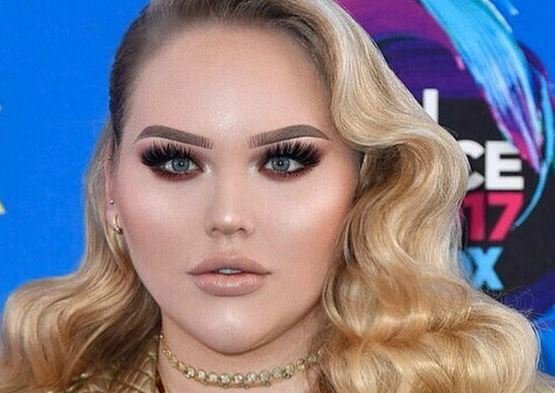 Nikkie De Jager is a Dutch make-up artist, Youtuber who is mostly known for her Youtube makeup tutorial channel, NikkieTutorials. Nikkie grew to fame on the internet after her video, with the title “The Power of Makeup” went viral on the internet causing several people to show their faces without makeup.

Jager also received several awards for her Youtube career. That includes some of the prestigious awards like Shorty Awards, Teen choice awards. Jager had also been profiled by Forbes magazine as one of the Top Influencers on social media. You will also love this article on another beauty Guru Huda Kattan here.

Nikkie De Jager was born on March 2, 1994, in Wageningen, the Netherlands which makes her nationality a Dutch. There is not much information available on Jager’s earlier life and educational pursuits as she rose to fame only after her internet popularity. Jager had the instant inspiration for being a makeup artist while she was at her home, sick in bed while watching MTV’s The Hills. The makeup applied by the female actors in the show led her to search the tutorial makeup on Youtube. This ultimately sparked an interest to start a channel in her.

Playing with the NEW @juviasplace Douce Eyeshadow Palette (available NOW!) use code: NIKKIE at checkout to save some money!! 🔥🏆✨ FULL video up on my channel 👉🏻 link in bio! go ahead and give it a thumbs up and comment!! ____ Foundation: @hudabeauty Faux Filter “Angel Food” Eyes: @juviasplace Douce Eyeshadow Palette Lashes: @tatti_lashes TL4 Lips: @jordanaticiacosmetics Liquid Lipstick “In the Buff” + Lipgloss “Clueless” ____ Inspired by @staceymariemua + @mmmmitchell #nikkietutorials

Jager began her Youtube career as she created her channel on Youtube in the year 2008. She named her channel,  NikkieTutorials. Later in the year 2011, she further joined Colourfool Agency to help her find projects. Through the agency, she found several projects like Holland’s and Benelux’s Next Top Model and many others where she worked.

In the year 2015, she released a video “The Power of Makeup” ultimately helping her get a wide coverage on social media channels. The video inspired many women and girls to show their faces without makeup. The video went viral and eventually, Jager’s subscribers rose up on her Youtube channel.

Furthermore, Jager has collaborated with beauty brands Too Faced, Ofra, and Maybelline. In her videos often Jager has openly talked about going through changes in her body like dental work and lip augmentation.

Nikkie De Jager, age 24, is also one of the youngest beauty vloggers with a strong career. Talking about the personal life of this beauty Youtuber and star, Nikkie does not talk much about her personal life. However, the internet knew that she was dating her longtime boyfriend, Rick Smit. Though they were in a relationship for a while, the couple has broken up as of now. The reasons for their breakup was rumored to be Rick’s unfaithfulness towards Nikkie.

you guys know I don’t like to talk about personal life too much, but I do want to let you know that I’ve been single for a while now 💖 don’t worry, still the best of friends and I’m excited for this new chapter in my life!

Jager talked and confirmed about her breakup on her social media channel. She also added that she and Rick are still best of friends. The beauty vlogger also lost her younger brother to cancer in May of 2018.

Nikkie De Jagger has made it big in the world of beauty and makeup. She currently outstands on social media fame with 10m subscribers on her Youtube channel with around 821+ million total views. Jager with her success on Youtube has a net worth estimation of  $750,000. Her salary and income, however, is not distinguished yet.

LOOK MOM! I DID IT!!! ♥️🔥 I’m one of the first Dutch YouTubers to ever be featured on #YoutubeRewind 😱 thank you so much for believing in me @youtube ✨ WHO SAW ME?! ___ #nikkietutorials #youtube