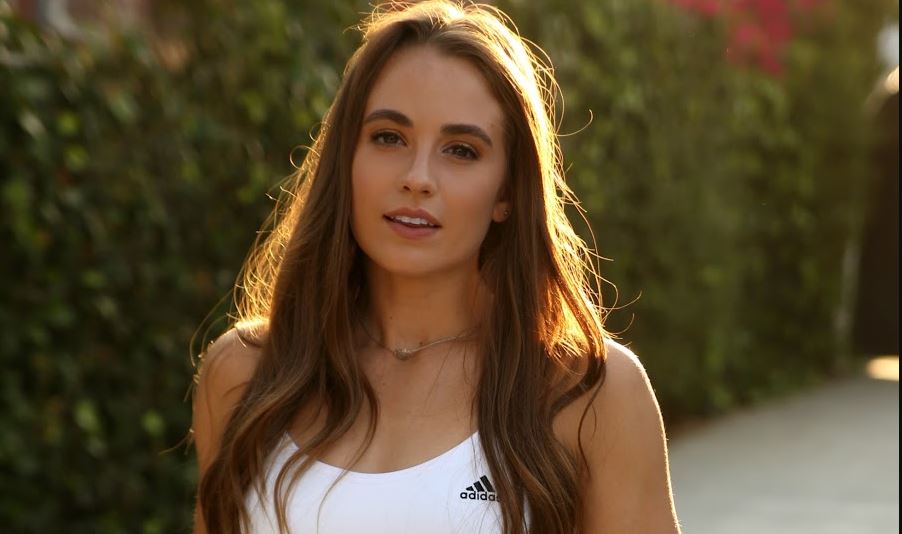 Rachel Demita is an American TV personality who is most recognized for her TV show that is broadcast through the video game NBA 2KTV. Along with that, she is also quite very popular for her Youtube channels where she often posts lifestyle videos. Her competitors on Youtube are Lele Pons and Amymarie Gaertner.

Demita was a basketball player in the past when she played basketball at the high school level setting high records while also graduating with honors.

Rachel Demita was born on June 14, 1990, in Barberton, Ohio as the only child of her parents,  Jack and Shannon DeMita. She was born as Rachel Annamarie Demita which is actually her full name. The beautiful TV personality started playing basketball from a very young age. She attended Wadsworth high school from where she graduated with honors with an impressive basketball record that led her to gain the Scholar-Athlete of the Year. As a matter of fact, she became a McDonald’s All-American nominee and gained a full ride division 1 scholarship that helped her attend the Dominion University.

However, gradually she had a change of heart and decided that she didn’t want to pursue basketball as her career path despite loving it dearly. Later she made a tough decision to leave Dominion and study Journalism along with performing arts. Her parents supported her decision and were ready to help in her education financially so she was able to graduate from the American University.

Monday at the office 🤓🎬

Her career began when she started out as a beauty Vlogger on Youtube after which she started producing and hosting sports shows. The Youtuber has already worked for some popular sports channels like ESPN, Fox Sports Digital, NBA TV, NBA.com, Yahoo!, Bleacher Report, Uproxx, Go90, etc. In addition, she has already interviewed many popular NBA stars. Meanwhile, she also has a Youtube channel where she posts lifestyle videos.

Rachel Demita despite constantly being in the public eye has not revealed much of her personal life in general. At least she makes sure she does not reveal much of her dating life. However, there were frequent rumors concerning her closeness with the NBA player Kevin Durant. While there is no solid news that can prove the strength and truth of this rumor, Rachel also hasn’t spoken on the matter so far. So, the Rachel Demita boyfriend topic is still a mystery.

Other than the rumor with Kevin Durant, there have been no other link-up rumors as such. So, the game show host and Youtuber can be said to be single as long as she doesn’t confirm it herself.

Rachel Demita has established a career that has come very far from where she originally began. While making a big decision of a career change, Demita has assured that her passion for basketball is carried all the way through her work. As she is seen on the sports channel interviewing the famous NBA stars, she has balanced her work and her athlete spirit. Rachel Demita has a net worth estimation of $500,000.

Apart from being a Youtuber and TV show host, Rachel is also a social media influencer. She is quite very active on social media profiles like Instagram where she has a total of 1.2 million followers.