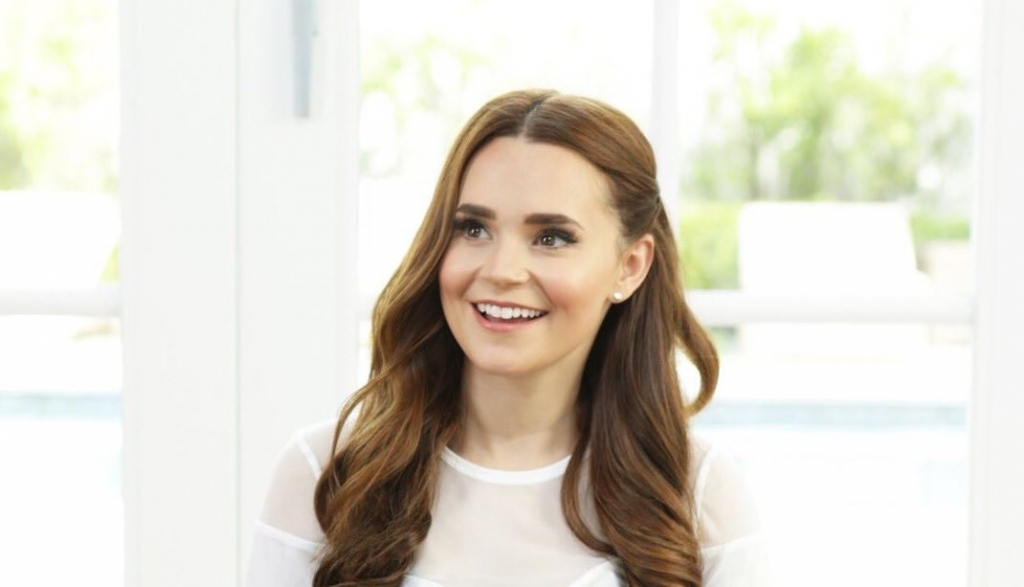 Rosanna Pansino is an American Youtuber who is mostly known for her cooking series Nerdy Nummies on Youtube. The show is focused on baking and is popular among its fans for its unique recipes. Apart from that Pansino is also an actress, writer, and author of her book.

Pansino, age 32, originally was inspired to cook because of her grandmother. Let’s get to know more of Pansino’s early life, career, net worth, and boyfriend.

Rosanna Pansino was born on June 8, 1985, in Seattle, Washington which makes her nationality an American. Pansino belongs to a mix of ethnicities of Italian, Croatian, Irish and German. Pansino initially wanted to pursue a career in acting as she was quite into in acting since her childhood however, she only did smaller roles and projects. The names of the shows where she appeared were Parks and Recreation, CSI: Crime Scene Investigation, Scream Queens, and  Bizaardvark. Pansino starred in some Youtube series as well.

When he hits you up on Facebook 10 years later ✨ #allglownup

However, she only received the most credibility for her Youtube channel which she started because of her professional YouTuber friends who encouraged her to start it. After some time in front of the camera, she became confident enough to start her baking show named “Nerdy Nummies”. In each episode, Pansino teaches how to bake good treats which are very popular among her fans and audiences. Her show has also featured a number of other famous YouTubers. Along with all that, Pansino also wrote her first cookbook “The Nerdy Nummies Cookbook” which released on November 3, 2015.

Made Day of the Dead Bread today in honor of the movie @pixarcoco! 💀🍞 Watch video in YouTube.com/RosannaPansino

Rosanna Pansino boyfriend is quite a topic as people are eager to know who this beautiful cook dating after all. Well, fear no more because we are here to give you some info! Rosanna is currently dating her boyfriend Mike Lamond who is a commentator.

Though being very private about personal relationships, Rosanna couldn’t hide the news at all. The two are dating one another for a long time now.

Rosanna Pansino’s channel is growing audiences. She currently has around 9 million subscribers to her channels with 2.359 billion total views on her channel. The Youtuber celebrity cook has a net worth estimation of $9 million. In addition, she makes an annual income of $6 million. Now that’s very interesting.

Feeling more confident than ever at the red carpet premiere of Solo: A @starwars Story thanks to my amazing team! Love you all! 🤩❤️

Rosanna is on social media channels like Instagram and Twitter where she has plenty of followers online. She has a total of 3.5 million followers on her Instagram account. Pansino has also won nominations for two Streamy awards while winning a Shorty Award in the category of Food in the year 2013. The Youtuber’s cookbook has also accumulated good reviews from its readers and Pansino’s Fans.