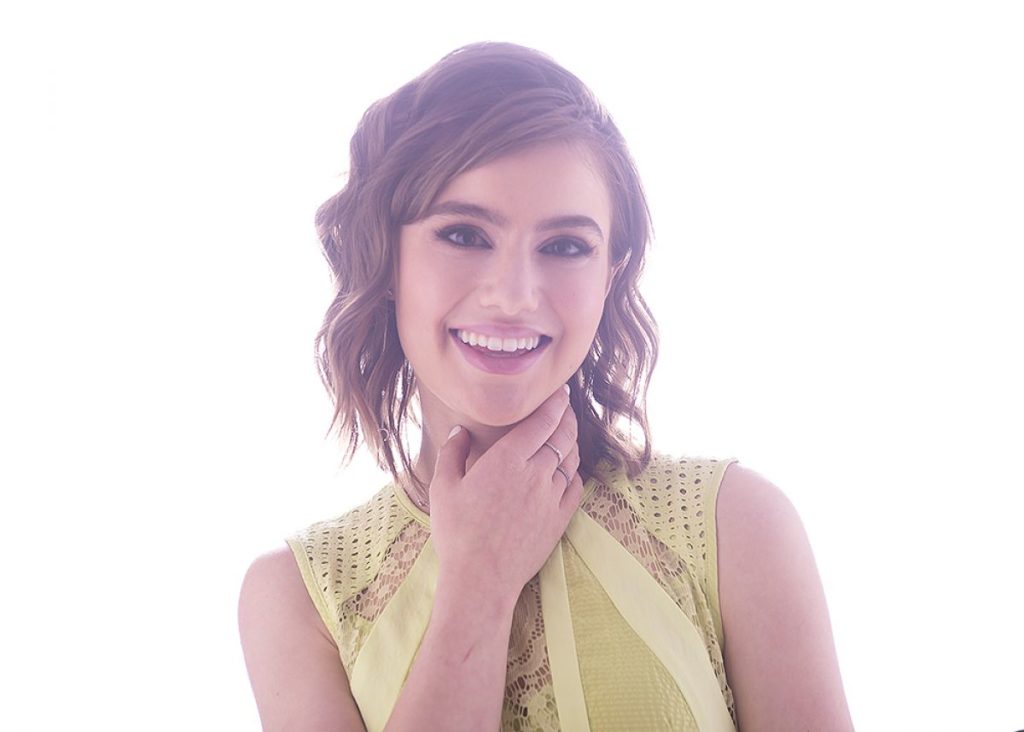 Sami Gayle is an American actress who began her journey into Hollywood with various theater-based productions. Today, this beautiful young actress is famous for her role as Nicky Reagan-Boyle in the CBS series, “Blue Bloods”. Moreover, she has been able to find a significant following from her work in the movie, “Vampire Academy.”

At just 23, Gayle has been able to accomplish a lot in Hollywood. She keeps landing some of the most amazing roles in movies and television shows. Sami undoubtedly has a long way to go but is checking all the right boxes. Let us now get to know a bit more about her, shall we?

Sami Gayle was born on the 22nd of January, 1996, in Weston, Florida. She was born to an attorney father and a mother who was a businesswoman. Despite their contrasting professions, Sami’s parents were ever so supportive of her and her life choices. Sami also has an older brother and the siblings are pretty close to one another. Concerning her family backgrounds, Sami is of white ethnicity and her nationality is American.

So lucky to have the most wonderful dad, role model, and friend in my life. I love you! pic.twitter.com/nOamdAnZVM

Now looking at her education, Sami Gayle was homeschooled. She was also a very good student and followed Advanced Placement in all her subjects. Moreover, she was able to excel as a debater and even received national ranking in Public Forum Debate.

Gayle began her career with various appearances on theatre productions. She has gone on to appear in MCC Theatre’s Family Week directed by Jonathan Demme. Next, in 2007, she was cast in Dr. Seuss’ “How the Grinch Stole Christmas: The Musical”. After having spent over two years on stage, in 2009, she made a guest appearance on the TV show, “As the World Turns”. Just a year later, Gayle landed the recurring role of Nicky in the CBS series, “Blue Blood.”

Gayle found good recognition for her work in the CBS television show. Sami then made her film debut in 2011 with “Detachment”. The young actress played the character of a prostitute and her performance was critically acclaimed. Just a year later, she played as Nicholas Cage’s daughter in the movie, “Stolen”. Her other major works include, “Vampire Academy”, “Hateship”, “Congress”, etc.

Whilst anyone would be extremely lucky to be together with this beautiful actress, we have come to know that she is still a single lady. Moreover, Sami does not like to share personal aspects of her life with the media. However, by the look of things, Sami loves reading. She often shows her love for books on social media platforms. It might not be what you were looking for as the saying goes, something is better than nothing.

Apart from her love life, Gayle is extremely fond of traveling. As per her social media profile, she likes to visit new places. Gayle is also fond of hiking and trekking. Evidently, she likes to be in and around nature. Despite having established herself as a young actress, Gayle is still a student at Columbia University. She is trying to balance her personal, professional, and academic life and doing it very well.

Despite her age, Sami has been able to accomplish a lot in Hollywood. She is definitely one of the best up and coming stars in this industry. With at that she has done, reports suggest that she has a net worth of $2 million. She is evidently living a life full of luxury and is sure to earn a lot more in the years to come.

You can also find Sami on social networking platforms. She likes to share some aspects of her life with her fans. Sami is pretty active and has over 52k followers. You can follower her on the platform where she goes under the handle @GayleTweets8.