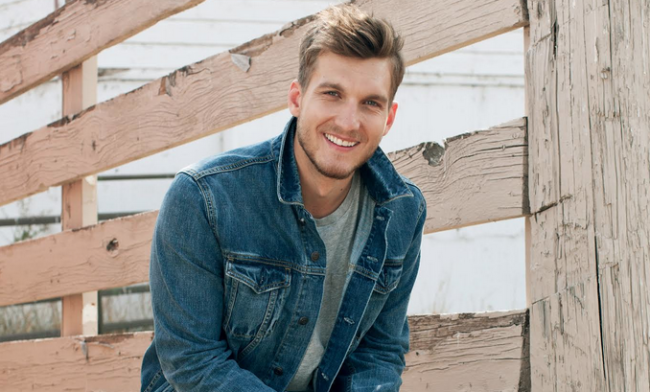 Scott Michael Foster is especially known for his role as Captain John Paul “Cappie” Jones in ABC Family’s hit comedy-drama series, Greek. He has proven his skills through other small screen shows like Zero Hour, Chasing Life and Crazy Ex-Girlfriend.

Foster was born as the only son of the family on March 4, 1985, in Winfield, Illinois. He was raised as a farm boy with his two sisters until at the age of 12 when he with his family migrated to Dallas, Texas and left his home when he was 19 years old. Scott’s father worked for IBM.

Since the very early days, Foster was really passionate about acting and involved in acting classes from elementary school. He was influenced by his sister who had linked to a theatre. Scott focused on theater while attending Edward S. Marcus High School and graduated in 2003.  He studied at Collin Country Community College for one semester and begun his career as an actor in 2005.  Two years after his career Foster had his big break with ABC’s Greek, before that he played small roles in 2005 film The Horrible Flowers and TV shows The Game (2007), and Women’s Murder Club (2007).

New chairs too?! It’s like Christmas morn over here. #crazyexgirlfriend

He is also good at playing guitar and leads as a vocalist of his indie rock band, “Siren’s Eye”.

Scott Michael Foster is quite private about his personal life as he once said: “I intend to keep my private life away from public scrutiny” to the media. However, paparazzi managed to catch him with his Greek co-star Spencer Grammer. The Greek fans were more than happy to see there ‘on screen’ couple having the same kind of chemistry ‘off screen’. The fans were scattered after they heard the break-up news of the relationship in 2008.

Grammer moved on and got married to James Hesketh in 2011 while Scott found Laura Prepon, who is known as ‘Alex’ from the Netflix show Orange is the New Black. They were in a pretty serious-mature relationship in addition to that, she was 5 years older than him. Their relationship lasted almost for five years and in 2013 they broke up for reasons unknown to the media. Three years after their break up, in October 2016  Laura was engaged to Ben Foster. Maybe we’ll soon hear about Scott getting engaged *finger-crossed*.

Foster is a certified scuba diver and is a huge fan of ‘Game of Thrones’. He has two pet dogs – a German Schnauzer names Charlie and a Chihuahua-Pomeranian names Oliver. Scott has a healthy tall body with the height 6’2 and weight 80kg.

Big thanks to @vulkanmag for this. Check out the article on their page!